To us, she was always “Grandma Lyuda,” which is also what the matriarch of Russia’s human rights movement, Lyudmila Alexeyeva, ironically called herself for the past few decades. It seemed like Grandma Lyuda had been around forever, and it seemed that she’d always be here. There was no reason to think otherwise, especially as her mind and wit remained scarily sharp into her late eighties and beyond.

Today, as we lay her to rest at 91, it’s impossible to believe that she is really gone, that there will be no more phone calls and no more heated discussions at the table, laden with delicious food, in her apartment on the Arbat, an old Moscow neighborhood.

Alexeyeva was born in 1927, which meant, as she would say many times, that she was 25 years old when Stalin died. She knew all there was to know about totalitarianism – from Stalin’s great terror to the less bloody but still repressive decades that followed until the openness of the late eighties, which culminated in the dissolution of the Soviet Union in 1991.

In recent years, as the Kremlin's crackdown on human rights was gaining unprecedented strength, she would shrug when she heard desperation in the voices of younger colleagues. “We saw the Soviet Union, that severe totalitarian regime, fall,” she would say. “We won, though we [Soviet dissenters] were so weak vis-à-vis the state. But we made our choice to live like free people in that unfree state, and we won a battle that seemed hopeless. Are things bad right now? Yes, they are. But not as bad by far. We won back then and we will win again.” 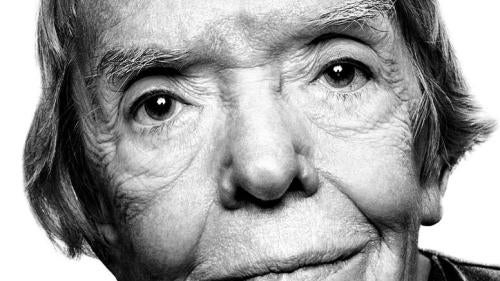 Alexeyeva was a part of what she described in her book as “The Thaw Generation,” which lived through a period when the level of fear in society was lessening and the government revealed some truth about the crimes of Stalin’s regime. That truth, albeit limited, was like a breath of fresh air to intellectuals. Some from that community, including Alexeyeva, eventually went from all-night kitchen-table talks with the like-minded to confronting the authorities and demanding rights guaranteed by the Soviet Constitution and the government’s international human rights obligations.

In 1976, she became one of the co-founders of the Moscow Helsinki Group, an informal organization created by dissenters to expose governmental repression to the Soviet Union’s partners in the Helsinki Accords. Signed in 1975 by the Soviet Union and 34 other states in Europe and North America, this international agreement emphasized “human rights, including freedom of emigration and reunification of families divided by international borders, cultural exchanges and freedom of the press.”

The Moscow Helsinki Group only lasted nine months before the government jailed or forced into exile practically all of its members. Alexeyeva left for the United States with her family. “My husband had a very strong opinion that, ‘jail is no place for a woman,’” she once told me laughing.

Alexeyeva moved back to Russia in 1993. “Only a few dissidents returned from emigration. And, as for returning and then finding a place in public life, her case seems to be unique,” wrote Sergei Lukashevky, the director of The Andrei Sakharov Center and Museum in Moscow, in a commemoration post on his Facebook page.

In 1996, Alexeyeva became the chairperson of the newly revived Moscow Helsinki Group. She took up the most dire human rights cases, observed trials and attended unsanctioned peaceful protests. She saw her mission in helping Russian civil society develop and expand beyond the narrow circle of intellectuals in Moscow and St. Petersburg. She was indefatigable, travelling the country, inspiring and connecting people, bringing disjointed local rights groups into a tightly knit nationwide human rights network.

Working with Alexeyeva between 1999 and 2005, Lukashevsky and I had the honor of helping her strengthen the Moscow Helsinki Group. Her ability to speak to any audience and make herself heard, including by high-ranking officials, never stopped amazing us. She had a presence that simply couldn’t be ignored.

Alexeyeva was hospitalized shortly before the Moscow Helsinki Group’s annual conference scheduled for Dec. 9. She knew she would not be able to attend the event, which traditionally brings together human rights defenders from across the country, so she wrote an address to the participants instead. This text effectively became her political will, so to speak, after she died on Dec. 8.

She urged her colleagues not to give up in the face of growing “political populism” and authoritarianism. She urged them to keep talking about human rights to the authorities and especially to the public. “I think our most important task is to exit that ‘ghetto’ of comfortable communication with the like-minded… we should go to the public, engage in educating people at a new level, using new approaches and technologies… We must learn how to communicate and share our points of view and values among our fellow citizens without giving up on anyone.”

In 2011, Alexeyeva gave a video interview to Human Rights Watch about her work. She concluded on a humble note, with her special, slightly ironic smile. “I’m not ashamed of my life,” she said. She then spent another seven and a half years, until her very last breath, relentlessly pressing the Kremlin to honor its human rights obligations.

Hers was indeed a life of which no one could be ashamed. And the best way for us to honor her memory is by making sure that one day we’ll be able to say with that same certainty that we’ve done our utmost to make the world a better place.