On November 11, 30 senior Obama administration officials issued a statement calling on the Trump administration to end all support for Saudi Arabia in the war in Yemen. This was a positive and thoughtful effort, given America’s participation in a war that has had catastrophic outcomes for the people of Yemen. But it was, ultimately, a failed reckoning for the Obama administration’s role in risking American complicity in Saudi-led coalition abuses in the first place.

The statement by the former senior officials attempts to acknowledge that America’s participation in the war — providing intelligence, refueling, and logistical assistance to the Saudi-led coalition — was now clearly a mistake, given the coalition’s failure to limit its myriad violations and end the war. But they justify the Obama administration’s initial decision to support the war as based on “a legitimate threat posed by missiles on the Saudi border and the Houthi overthrow of the Yemeni government, with support from Iran.”

A more honest reckoning for how the US got to where it is in this war in Yemen would start with a greater admission of the truth of the Obama administration’s motivations and mistakes in participating in this war. In their letter, the Obama officials try to distinguish their administration’s support for the war as “conditional,” vs. Trump’s “unconditional” support. Of course, this matters little to the Yemeni people because the outcome has been the same: death and destruction, very often by US bombs. 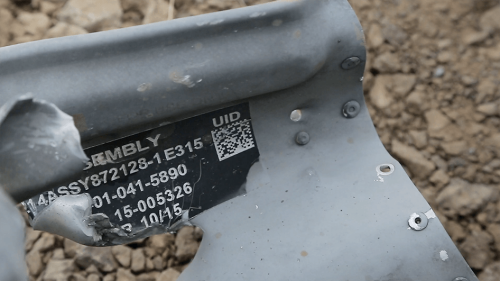 The Obama administration’s stated justifications for joining the war effort obscure the truth of what led them to the war. Other Obama administration officials had alreadystated that their support for the war, coupled with a $1 billion arms deal, was first and foremost payback for Saudi’s grudging tolerance of the Iran nuclear deal, and to reassure them that the US remained a reliable ally, despite the deal. The amount of Iranian support to the Houthis has been debated, of course, but with little evidence, all pretty murky; better known is the fact that the Houthis are a fiercely independent group with a long history of waging war in Yemen.

As the war has evolved, Iran’s involvement with the Houthis has certainly grown, filling in the vacuum for the Houthis’ desperate search for allies, effectively creating a self-fulfilling prophecy. What is clear is that the former Yemeni president, Ali Abdullah Saleh – long supported by the US – and various Yemeni defense forces controlled by his son and nephew supported the Houthis to such a degree that international observers formally dubbed them the “Houthi-Saleh forces.”  The Houthis had been at war with Saleh’s government for decades over long-simmering grievances as a minority group in the country. They had supported the uprising against Saleh and were active participants in the country’s “National Dialogue” to reshape the country’s governance. When Houthi armed groups marched on the capital, it was to rebel against the newly drafted constitution and a proposed federal structure they believed would weaken them. They negotiated an agreement with President Hadi to resolve their differences, but soon found themselves in control of the capital when Saleh-backed defense forces stepped down from defending key government buildings, including the parliament and the presidential palace.

The Obama administration, not learning enough from past foreign military experiencesin Yemen, accepted baseless assurances from the Saudis — including the then-deputy Crown Prince Mohamed Bin Salman and the inexperienced Saudi military — that they would overthrow the Houthis in months. The US decidedly looked the other way from Saleh’s strong support for the Houthis, including vast stores of weaponry from the Defense Ministry, an institution that remained loyal to Saleh. The war dragged on, with limited military gains by the Saudi-led coalition, but a rising toll of unnecessary and unlawful death and destruction.

Well before President Trump’s appearance, we at Human Rights Watch and others had documented well over 100 apparently indiscriminate or disproportionate aerial attacks by the Saudi-led coalition on civilians and civilian infrastructure in Yemen, causing devastation to Yemenis in their homes, markets, schools, hospitals, and even during their weddings and their funerals. In case after case, we showed that US weapons were being used in many of these attacks, including widely banned cluster munitions in populated areas. False denials and cover-ups by Saudi military authorities were clear signs that they were not trustworthy partners. We repeatedly provided this evidence to Obama administration officials, but they would insist, despite the obvious evidence to the contrary, that the support they were providing was reining in the Saudis and helping improve their ability to comply with the laws of war. This is not a case of hindsight knows best. The Obama administration should have known back then.

Also well before Trump adviser — and son-in-law — Jared Kushner’s conspicuous friendship with Muhammad bin Salman, the Saudi-led coalition’s arbitrary and excessive delays on imports to Yemen were exacerbating health and nutrition crises, as diseases like cholera spread like wildfire. The Saudi-led coalition’s closure of a critical airport meant that many Yemenis couldn’t travel to get the healthcare they needed. UN humanitarian agencies and global relief organizations pleaded in vain about the harm caused by the coalition restrictions, to little avail.

Meanwhile, the Obama administration was providing Saudi Arabia not only with ongoing military support (which the formal officials mention) but also diplomatic cover (which the former officials omit), especially at the UN. When the UN finally named Saudi Arabia on its “Global List of Shame,” of the worst offenders against children, for its attacks on children in Yemen, the US stood silent as Saudi Arabia strong-armed the UN. Then-Secretary General Ban Ki Moon resisted for a while, but finally caved in and removed Saudi Arabian from the list, admitting that Riyadh had threatened to cut its funding to various UN agencies. Twice during the Obama administration, the US had the opportunity to push for a UN inquiry into abuses by all sides in the Yemen conflict, and twice it did not—the Saudi-led coalition didn’t want one. Despite repeated queries about whether the US supported the first proposed UN inquiry, Obama officials responded with silence or words of deflection, which spelled the political demise of such an initiative.

The cost of the Obama administration’s support for Saudi Arabia’s war went beyond Yemen. The juxtaposition of the Obama administration decrying Syrian/Russian attacks on civilians and Assad’s ongoing blockade of humanitarian goods, while the United States was defending Saudi-led coalition attacks on civilians and the impact of the blockade in Yemen, undermined the credibility of the Obama team’s efforts to restrain the Syrian government. The Russians openly mocked then-UN Ambassador Samantha Power for this hypocrisy. The US should have condemned and acted to curb both coalitions, equally and fairly.

Whatever conditionality the Obama administration thought it had created — in holding up the transfer of precision munitions near the tail end of Obama’s term and suspending cluster munition transfers earlier — ultimately did not have meaningful impact in reining in the continued Saudi-led coalition attacks on civilians. Nor were the steps robust enough to protect the US and US officials from risking complicity in war crimes.

Despite the claimed “unconditional” support from the Trump Administration, its officials, too, have reacted strongly to some excesses: condemning the total blockade, pushing Saudi Arabia to permit cranes to get into Yemen, ending refueling of coalition planes. But, like the steps of the previous administration, it is not anywhere close to enough. As Yemenis remember the pain and suffering the US has helped inflict on their country, as they surely must, they will not look more kindly on the Obama administration’s merely “conditional” support. And that is not to mention several dozens of Yemeni civilians killed in drone strikes in the pursuit of Al Qaeda fighters.

The responsibility for these failed policies does not fall equally on all senior Obama officials, and some individuals made every effort to steer the ship in a far better direction. But that’s not the point here. The point is an honest, full appreciation of the reasons for these policies and their consequences. The statement by former senior officials fails in that task.

The tragic fact is that the US can play a less destructive role in Yemen —building on what we’ve seen these last few weeks. The US could end arms sales to Saudi Arabia, push for the UN to call out Riyadh for its role in Yemen’s nightmare, and investigate the US role in war crime after war crime so that the US, too, can ensure it does not keep making the same deadly mistakes.

The bipartisan Senate bill introduced on November 15 calling for sanctions and restrictions on Saudi Arabia for the harm it has caused in this war is the strongest effort to date for taking serious action.

The question is: Will they? Will US officials be able to look back in a few years and write a letter saying they did all they could to stop famine, to prevent more atrocities, to ensure countless Yemenis don’t go without justice or redress? Or will those officials, too, only be able to see there was so much more that could have been done when it is far too late and many more have died?

And finally, the broader reckoning Obama administration officials should provide is their failure to seize the opportunity presented by the Arab Uprisings for a new orientation of US interests in line with the interests of the region’s people and their rights, and not their dictators and outright tyranny. This is not predominately about Syria, and the ongoing debate about whether the Obama administration’s intervention— including providing arms and assistance to a variety of little-known armed groups — and at other times nonintervention helped or hurt the Syrian people.

It is, however, squarely about where the US plays a leading role in supporting, arming, and protecting abusive governments in the Middle East – namely Egypt, Israel, Saudi Arabia, and the UAE – so that America is much more directly responsible for the conduct of these foreign partners. The Obama administration had an opportunity to broadly rethink America’s historically problematic role in the region, and ultimately failed to do so. A fuller reckoning is the only way to avoid current policy debates and future policies from remaining misguided.