On August 22, 2018, Somali Regional State officials formally closed Jail Ogaden and announced that it will be converted into a museum. On August 27, federal officials arrested the Somali region president, Abdi Mohamoud Omar, for “violations of human rights and inciting ethnic and religious conflict in the Somali region.” He has not yet been charged. However, officials have not taken any known measures to investigate and prosecute senior members of the Liyu Police, a paramilitary regional force, and other Somali region officials who have been implicated in years of abuse in Jail Ogaden and throughout the region.

“Closing Jail Ogaden is a positive step but is no substitute for holding abusive officials to account for years of horrific abuse,” said Felix Horne, senior Africa researcher at Human Rights Watch. “Federal and regional authorities need to encourage victims of abuse to come forward and ensure justice for torture and other human rights abuses in the Somali region.” 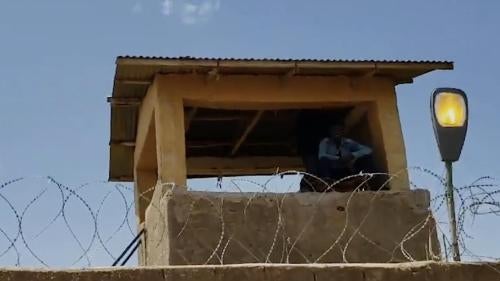 In a July 2018 report, Human Rights Watch documented a brutal and relentless pattern of abuse and torture in Ethiopia’s notorious Jail Ogaden, where prisoners had no access to adequate medical care, family, lawyers, or even, at times, food. Former prisoners and others interviewed implicate Liyu Police members, prison guards, and senior Somali region officials in torture, rape, and humiliation of prisoners. The evidence includes 25 hours of video footage from 2011 that documents a regional government evaluation of Jail Ogaden. That footage shows prison officials bluntly acknowledging rampant abuse.

New regional government leadership is left with the difficult task of rebuilding trust with a society. People in the region have faced over a decade of serious abuses, both by the Ethiopian army and the Liyu police, combined with internal displacement and serious food insecurity.

Impunity for torture is not limited to the Somali Region. Reports from Human Rights Watch and other independent organizations over many years have described torture in Ethiopia’s many detention facilities. Despite the prime minister’s admission that torture is used, the ongoing restructuring of the federal security and intelligence apparatus, and the closure of some abusive facilities, there has been no indications that individual responsible for torture will be held to account for years of abuse.

Ethiopia should fulfill its obligations under international human rights law, including the absolute prohibition on torture and cruel, inhuman, and degrading treatment and the obligation to prosecute and punish officials who engage in such practices. Ethiopia should send a strong message that mistreatment of prisoners will not be tolerated and that there is a price to be paid, regardless of rank, for anyone responsible for torture and other human rights violations.

“Notably absent from prime minister Abiy’s commitment to reform are pledges to hold abusive security officials, many of whom are still in their positions, to account,” Horne said. “Announcing criminal investigations for torture in Jail Ogaden would signal a shift in Ethiopia’s culture of impunity and send an important message country wide to victims and abusers that there are implications for carrying out such heinous acts.”