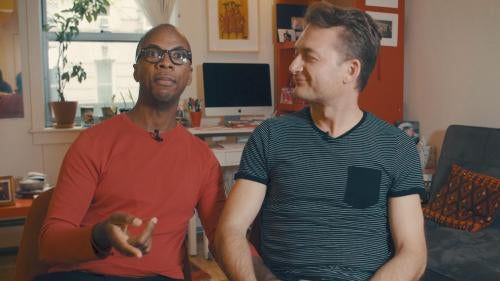 Adrian Coman and Clai Hamilton finally have a chance to celebrate. The same-sex couple married in Belgium in 2010, but decided they wanted to live in Adrian’s native Romania (Clai is American). The kicker – Romania, which does not recognize same-sex marriage, refused to uphold their right to live there.

It’s an important milestone, but not the end of the road.

European Union rules generally allow the non-EU spouse of a citizen to live and work anywhere in its jurisdiction of 28 member states if they accompany their EU citizen partner. But when Adrian and Clai wanted to move to Romania, Romanian authorities refused to accept that Clai was Adrian’s spouse. They therefore denied them the right to live in Romania and to freedom of movement guaranteed within the EU – rights that would not have been questioned if Adrian married a woman.

The couple’s case, filed in 2013 and supported by the Romanian organization ACCEPT, reached Romania’s Constitutional Court in 2016 before being referred to the European Court of Justice.

In its ruling the EU court affirmed that “spouse” in the directive on the exercise of freedom of movement is gender-neutral and therefore covers the same-sex spouse of an EU citizen. It emphasized that “[a]lthough the member states have the freedom whether or not to authorize marriage between persons of the same sex, they may not obstruct the freedom of residence of an EU citizen by refusing to grant his same-sex spouse, a national of a country that is not an EU Member State, a derived right of residence in their territory.”

The favorable ruling was anticipated. In January, the Court’s Advocate General said that all EU countries should allow a same-sex spouse of an EU citizen to live and work within their borders, even if their national law does not allow same-sex marriage.

EU membership comes with benefits and obligations. Discrimination on grounds of sexual orientation is explicitly prohibited in Article 21 of its Charter of Fundamental Rights. The Court has determined that discrimination against same-sex couples is not permissible – even if a member state’s marriage laws are out of step with human rights norms. Romania should move swiftly to remedy this injustice and look to modernize its marriage law, so that couples like Adrian and Clai can live freely where they are entitled to.