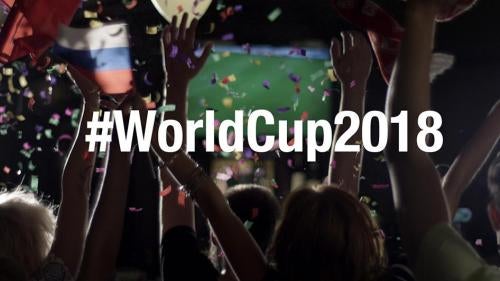 (Beirut) – With the lives of over two million civilians at risk in Syria’s Idlib and Daraa governorates, world leaders should abstain from attending the opening ceremony of the World Cup in Moscow, on June 14, 2018, unless the Kremlin takes meaningful steps to protect them from chemical and conventional attacks, Human Rights Watch said today. Russia, host of the 2018 World Cup, is providing weapons, military support, and diplomatic cover to the Syrian government despite evidence that Syrian forces have deliberately and indiscriminately targeted civilians since 2013.

“In hosting one of the most televised events in the world, Russia is courting world public opinion and looking for respect,” said Kenneth Roth, executive director of Human Rights Watch. “World leaders should signal to President Putin that unless he changes track and acts to end atrocities by Russian and Syrian forces in Syria, they won’t be in their seats in the VIP box with him on opening night.”

As part of a joint military alliance, Russia shares responsibility, not only for violations its forces perpetrate directly, but also for those committed by its ally. Russian-Syrian joint operations have caused thousands of civilian casualties, including in Eastern Ghouta in the Damascus countryside and Aleppo city. Human Rights Watch has documented Russian-Syrian airstrikes that failed to distinguish between combatants and civilians, and that struck civilian objects, including schools, hospitals, and residential areas. In the battle to re-take Aleppo in late 2016, a month-long aerial bombardment campaign by the Russian-Syrian military alliance was recklessly indiscriminate and involved attacks that constitute war crimes. Syrian-Russian joint military operations have extensively used internationally banned cluster munitions, in most cases Soviet-made, as well as air-dropped incendiary weapons, which are prohibited when used in civilian areas because they cause excruciatingly painful burns that are difficult to treat, and start fires that destroy civilian objects and infrastructure.

Russia also continues to provide the Syrian government with weaponry despite strong evidence of war crimes and crimes against humanity by government forces. Between 2015 and 2017, Russia accounted for 79 percent of arms exports to Syria according to the Stockholm International Peace Research Institute (SIPRI). This includes the delivery of 40 T-90A tanks to Syria in late 2017. Russia should stop supporting the Syrian government with provision of weapons while it continues to be responsible for war crimes, said Human Rights Watch.

The opening ceremony of the World Cup in Moscow, which is meant to celebrate the unifying power of sport and universal values of fair play, will take place against a backdrop of severe and persistent human rights violations in Syria, where civilians continue to face risks to their lives under the threat of indiscriminate airstrikes, use of prohibited weapons, and restrictions on humanitarian aid and access. With the Syrian government recently retaking territory in Eastern Ghouta, south Damascus, and Homs governorate, and a mounting offensive to retake Daraa governorate, the government and allied forces will likely turn their attention to Idlib governorate next.

Today Idlib is the largest remaining area held by anti-government forces. An estimated two million civilians reside there – half displaced from other parts of Syria. These civilians are de facto trapped because Turkey has effectively closed its border to new refugees.

The FIFA World Cup is the premier global soccer contest. Billions of fans are expected to watch as 32 national teams play in stadiums in 11 Russian cities.

“Autocratic leaders often seek to host popular sporting events as a way to present a positive image to the rest of the world,” Roth said. “World leaders should not allow a sporting event to gloss over a pattern of atrocities in Syria that now looms over two million civilians. This is no time to join ceremonial events that serve mostly to burnish the credentials of their host while Russia’s forces are assisting rather than preventing attacks on civilians.”

In addition to on-the-ground support, Russia continues to provide political and diplomatic cover to the Syrian government. As of April 2018, Russia has used its Security Council veto 12 times to protect the Syrian government, most recently to block condemnation of a chemical weapons attack on Douma, a town in the suburbs of Damascus, and any investigation that would identify its authors.

“There was a time when Putin’s government appeared prepared to rein in some of the most egregious abuses of its Syrian ally, such as the use of chemical weapons that have killed civilians in their sleep,” Roth said. “Sadly, as of late, the Kremlin has become an apologist for and active participant in the Syrian government’s abuses and spared no effort to block accountability for these war crimes.”

In November 2017, Russia vetoed several resolutions that would have extended the life of a joint United Nations and Organisation for the Prohibition of Chemical Weapons (OPCW) panel (known as the Joint Investigative Mechanism or JIM) tasked with identifying the parties responsible for investigating who is using chemical weapons in Syria. It has also used its veto, alongside China, to prevent the referral of the situation in Syria to the International Criminal Court.

As the Syrian government’s main patron and most influential supporter, Russia holds considerable sway. Russia should use its leverage to press the Syrian government to end indiscriminate attacks and targeting of civilians, including with prohibited weapons like chemical, cluster, and air-dropped incendiary munitions, to lift unlawful restriction on deliveries of humanitarian assistance, to accept the deployment of international monitors and provide them with access, and to free political detainees.

“The image of a confident and modern super-power that the Kremlin is trying to project by hosting the World Cup is incompatible with the crimes that Russia underwrites in Syria,” Roth said. “No one should allow sports public relations to cover the abuses endured by Syrians at the hands of the Syrian government supported by its Russian ally. Only by redressing these egregious violations can Russia ensure that the opening ceremony of the World Cup will be a celebration worthy of other world leaders joining.”