As a former journalist it’s always rewarding to be around reporters doing their work, remembering that thrill of what it’s like to chase a good story.

I recall the pleasure of being with two particular journalists on a trip last year to Uzbekistan. This Central Asian country was, until recently, one of the most restrictive in the world for freedom of speech and while some reforms are underway, censorship and harassment of journalists are still pervasive.

Yet these two reporters, of very different ages and backgrounds, showed an inspiring thirst for their work.

One was a young woman in her twenties, who worked for kun.uz, an online news outlet. She stood up and asked me a question about human rights at a government-organized meeting, and also approached me afterwards with follow-up questions.

Sadly I didn’t catch her name, but what impressed me was her bravery to ask publicly about human rights despite it being a highly sensitive issue in Uzbekistan. 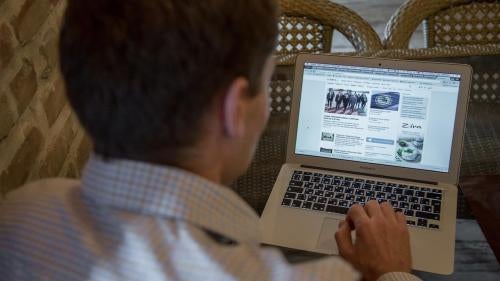 The other reporter was Muhammed Bekjanov, a respected newspaper editor in his mid-60s who had a few months earlier been released from jail after serving 18 years for his independent reporting. My colleague Steve Swerdlow and I travelled along dirt roads to visit him in his remote village near the ancient city of Khiva.

It was more than worth it. We met an unbroken, inquisitive man who wants to resume reporting on his country and write his life story; we watched him in his study, tapping away on his laptop penning his prison memoirs. He wants to be part of a new Uzbekistan, he told us.

These two are not unique of course. There are many outstanding journalists in Uzbekistan, some of whom we interviewed for a new Human Rights Watch report on media freedom.

They have courage, creativity and drive. What they lack, quite simply, is the chance to do their work free from the threat of censorship, harassment or even torture in prison.

Professional journalists are no serious threat to Uzbek authorities. The only challenge they pose is in casting a light on what is really happening in the country. If those in power want to change Uzbekistan for the better, they should embrace, not muzzle these truth-seekers.