(Berlin) – The Azerbaijani government has renewed its vicious crackdown on critics and independent groups, Human Rights Watch said in a report released today. The European Union and international financial institutions have a rare opportunity to insist on human rights reforms, as Azerbaijan actively seeks financial and other partnerships to offset a recent economic downturn.

The 75-page report, “Harassed, Imprisoned, Exiled: Azerbaijan’s Continuing Crackdown on Government Critics, Lawyers, and Civil Society,” documents the government’s concerted efforts to undermine civil society. Human Rights Watch found that in 2016, the authorities used false, politically motivated criminal and administrative charges to prosecute political activists, journalists, and others. The government has built a restrictive legal and policy framework to paralyze the work of independent groups. Lawyers willing to defend critics have faced retaliation and disbarment. Although the authorities released several human rights defenders and others in early 2016, many others remain in prison or fled into exile.

“With the release of some wrongfully imprisoned activists earlier this year, there were high hopes that Azerbaijan was turning a corner,” said Giorgi Gogia, South Caucasus director at Human Rights Watch and author of the report. “But optimism is fading fast as the government relentlessly pursues critics and tries to shut down independent groups.” 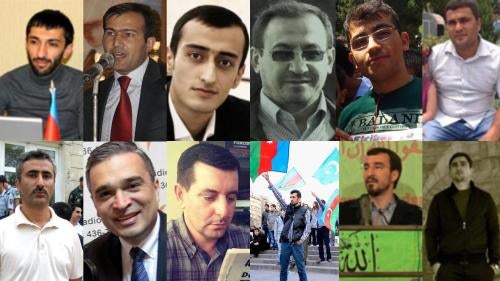 The severe drop in global oil prices in 2015 took a heavy toll on Azerbaijan’s petroleum export-dependent economy. The government seeks additional international financial investment from the World Bank and others for its extractive industries, including the Caspian Sea Shah Deniz Gas Field and the Southern Gas Corridor, to deliver gas from the Caspian to Europe.

The EU and Azerbaijan are about to embark on negotiating a new comprehensive partnership agreement to enhance existing political and economic ties.
In April 2015, the Extractive Industries Transparency Initiative (EITI), which promotes government openness in natural resource development, downgraded Azerbaijan’s status in the group because of its crackdown on independent groups. The EITI board will meet in Astana, Kazakhstan, on October 25 and 26, and is expected to decide whether Azerbaijan can return as a full member. The Azerbaijani government has not taken any meaningful steps to carry out the EITI requirements on civil society, Human Rights Watch said.

The government prosecuted at least 20 political and youth activists in 2016 on a range of spurious charges, including drug possession and illegal business activity. Officials also arrested activists for alleged links to Fethullah Gülen, the United States-based cleric whom Turkey accused of organizing the failed July coup attempt there. Authorities have ill-treated some detainees, including with beatings, rape threats, threats of violence against relatives, and solitary confinement to coerce confessions or as punishment.

Arrests in Azerbaijan increased sharply as activists and other citizens spoke out about the economic downturn, currency devaluation, and inflation in early 2016, and ahead of a September constitutional referendum that expanded presidential powers, Human Rights Watch found.


Among those detained were two youth activists, Giyas Ibrahimov and Bayram Mammadov, who were arrested in May for painting graffiti on a statue of former President Heydar Aliyev, father of President Ilham Aliyev. Police ordered the men to apologize on camera in exchange for their release. When they refused, police beat them and threatened to rape them. The men finally signed confessions falsely admitting to drug possession and face up to 12 years in prison.

In late 2015 and early 2016, the government released several wrongly imprisoned activists, including the veteran human rights defenders Leyla and Arif Yunus, the human rights lawyer Intigam Aliyev, human rights defenders Rasul Jafarov and Anar Mammadli, and the well-known investigative journalist Khadija Ismayilova. The government did not overturn their convictions, and several face travel restrictions. Some have stopped their work because of government restrictions on local groups. Others fled into exile. 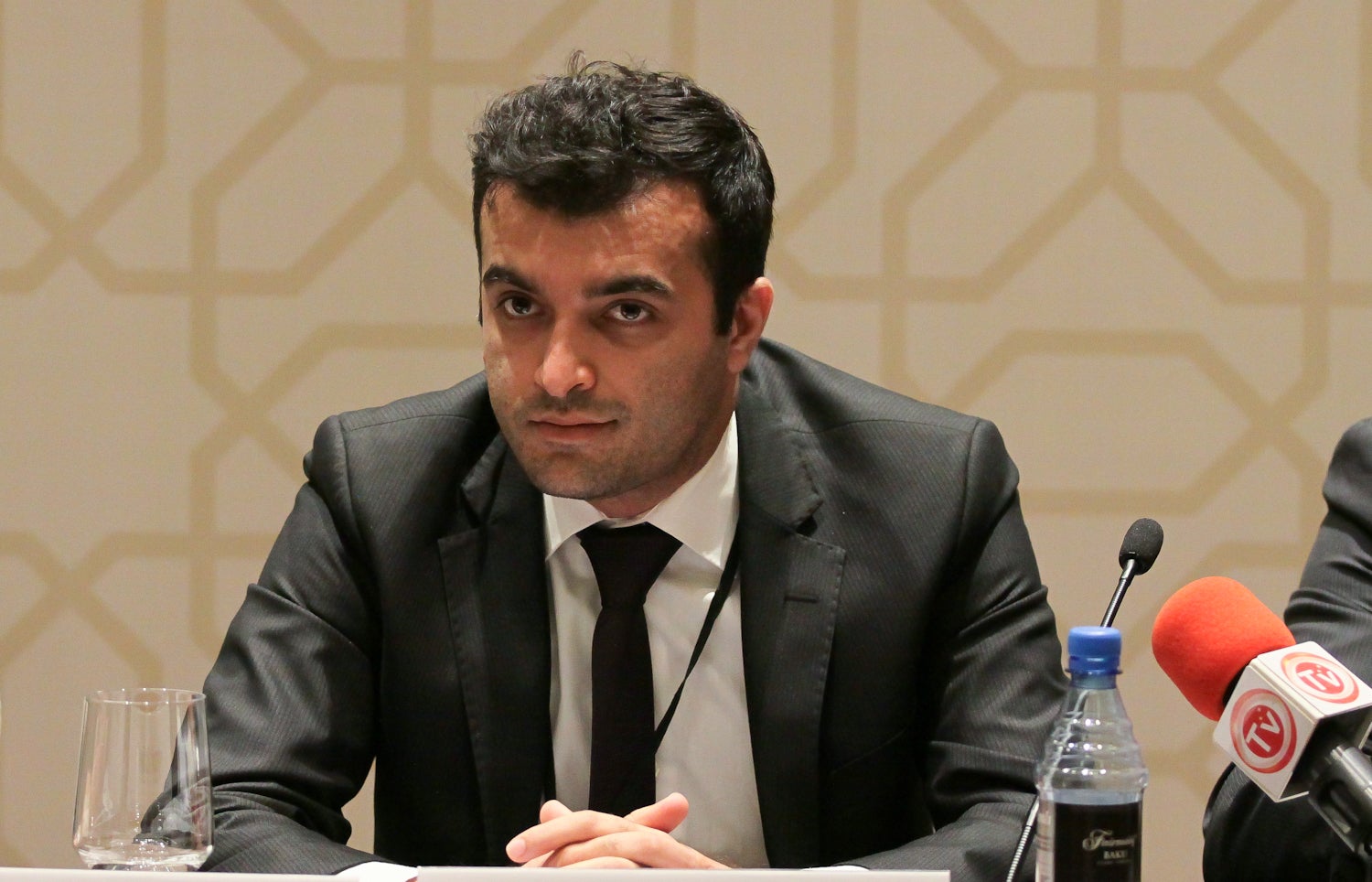 Risking re-arrest to push for rights in Azerbaijan &#13;

Mammadli, director of the Election Monitoring and Democracy Studies Center, sentenced in 2015 on spurious charges related to economic crimes and released in March, said: “So, yes, we are free, but what can we do. The only space for us now is on social media…or else, leave the country.”

Many others remain behind bars, including Ilgar Mammadov, whom the European Court of Human Rights found in 2014 had been imprisoned in retaliation for criticizing the government, and whose immediate release has been repeatedly called for by the Council of Europe’s Committee of Ministers.

Human Rights Watch also documented how Azerbaijani authorities harassed the relatives of numerous outspoken journalists and activists who have fled the country and continued their vocal activism in exile. In recent years, the authorities have also targeted the few lawyers prepared to defend government critics, through criminal prosecutions, travel bans, and, in some cases, disbarment.
The government has also made it virtually impossible for independent groups to function. Laws and regulations adopted since 2014 require both donors and grantees to separately obtain government approval of each potential grant. The authorities have broad discretion to deny grant approvals. A foreign donor organization now must also register an office in Azerbaijan and receive government approval to make grants.

Numerous activists interviewed by Human Rights Watch reported closing their organizations or severely reducing staff and programming as a result of the government’s policies. 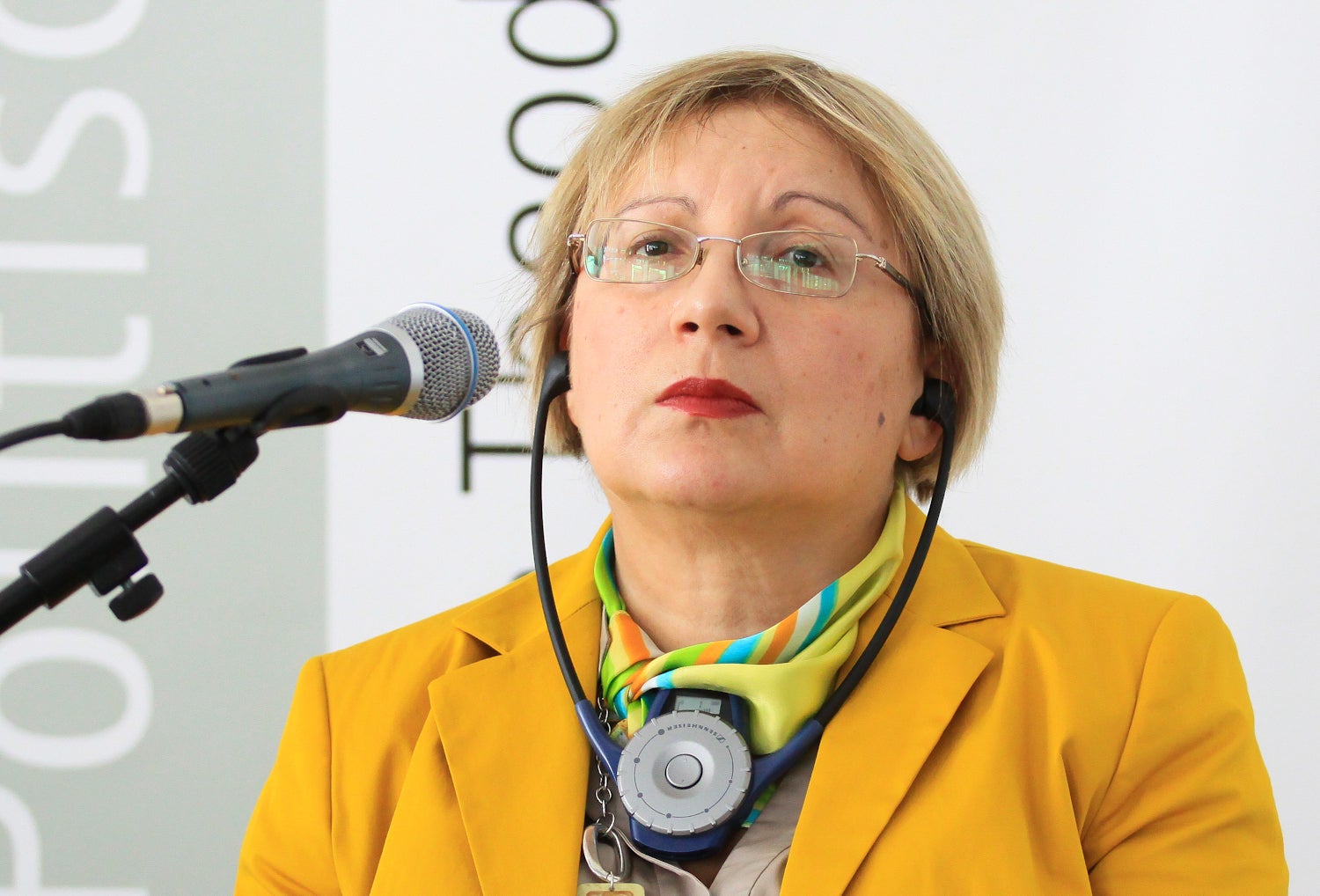 After her release, Leyla's determined as ever to work to free people jailed on politically motivated charges&#13;


Under international law, the Azerbaijani government has obligations to protect the rights to freedom of expression, assembly, and association. This includes the ability to form a legal entity in order to act collectively in a field of mutual interest. The government should immediately ensure that independent groups can carry out their legitimate work without interference, including by repealing restrictions on access to international funding. The government should also immediately and unconditionally release all those behind bars on politically motivated charges.

The EU and the US should impose visa bans on senior officials responsible for the unjust prosecution and imprisonment of critics as retaliation for peacefully exercising their rights, Human Rights Watch said.

International financial institutions should only invest in extractive industries projects once the government guarantees that independent groups and activists can operate independently and fulfill their essential role in promoting the country’s economic and social development.

“Any serious investor wants to have confidence in their investment, yet the Azerbaijani government has largely eliminated avenues for independent groups and activists to hold it accountable,” Gogia said. “As Azerbaijan looks externally for investment and support, this is an essential moment for Azerbaijan’s partners to link investment and partnership deals to clear rights improvements.”