(Lilongwe) – Malawi’s government has failed to protect the rights and livelihoods of people living in nascent mining communities, Human Rights Watch said today in a report released on eve of the International Right to Know Day. Families living near coal and uranium mining operations face serious problems with water, food, and housing, and are left in the dark about health and other risks from mining.

The 96-page report, “‘They Destroyed Everything’: Mining and Human Rights in Malawi,” examines the impact of extractive industries on communities in some of Malawi’s first mining areas, in Karonga district located on the northwestern shores of Lake Malawi. Malawi’s government has promoted private investment in mining and resource extraction to diversify its economy. But environmental risks are common in resource extraction and mining significantly contributes to climate change, which in turn affects governments’ ability to realize the rights to health, water, and food. 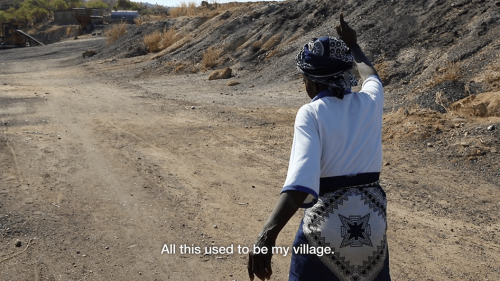 “Malawi shouldn’t repeat the mistakes made in resource extraction in other countries in Southern Africa,” said Katharina Rall, researcher at Human Rights Watch. “It is not enough to create a fertile investment climate for mining companies. The government urgently needs to protect the rights of affected communities.”

The report is based on research in Malawi from July 2015 to July 2016, including more than 150 interviews, 78 of which were with people living in areas where companies are actively mining or had mining operations in the recent past. Human Rights Watch also interviewed representatives of the companies; the central, regional, and local governments; national and international nongovernmental organizations; and international organizations.

“Since the mining came we have had many problems,” a woman at Mwabulambo said. “The coal is in our gardens and running into our fields. The way the crops look, you would think that someone had poured petrol on them.”

Human Rights Watch found that mining operations have forced several families to resettle. These families said that they were notified so late that they had no time to find alternative housing, leaving some without shelter. Many said that compensation procedures were unclear and, in several instances, compensation fell short of what they needed to rebuild or sustain a comparable standard of living, including access to land.

Residents said that they did not receive sufficient information about the planned mining operations and any associated risks, fueling concerns about serious respiratory diseases and other health and environmental impacts. Villagers do not have adequate access to healthcare facilities where they could be assessed and treated for any mining-related health conditions. The government and companies operating in Karonga district said that they monitor the impacts of mining, but they don’t release the results.

Villagers said they worried about contamination of the water they depend on for drinking and irrigation. Residents said that trucks pass along narrow village roads, coating homes and schoolhouses in dust, and worried about health consequences, including respiratory diseases. Scientific studies in other countries have associated such illnesses with exposure to mining-related pollution. Farmers said that coal dust and poor water quality decreased their harvests. Eland coal mine, which ended operations in 2015, left behind piles of coal and open pits filled with water that can be dangerous for children and threaten local water sources.

“The inadequate healthcare infrastructure and secrecy around monitoring results leads to a lot of uncertainty about what is actually happening,” said Rall. “This is part of the problem, the government and companies need to finally take monitoring seriously and people have a right to know the results.”

Women, who are the primary caregivers and are largely responsible for growing crops in the fields and fetching water, were particularly affected. Women said it was difficult for them to get information about mining and its risks because their participation in meetings with companies or the government was limited. When mining impacts crop productivity and threatens water sources, women have to work long hours to sustain their families and walk farther to fetch water.

“The pipes were right by my house, [with running water] in the kitchen and bathroom, and then they destroyed everything” said Nagomba E., resident of Mwabulambo, a village in Karonga district. “As an old woman I find it very difficult to walk to the river all the time.”

Companies in Karonga district have also largely failed to deliver on promises to build health centers and additional boreholes for water. Malawian nongovernmental organizations have voiced concern. “The push for industrialization and growth needs to be accompanied by a social license and companies should deliver on their promises,” said Reinford Mwangonde, executive director of Citizens for Justice, which hosts Secretariat of the Natural Resources Justice Network, a Malawian network of nongovernmental organizations advocating for sustainable resource extraction.

Mining and Human Rights in Malawi

Malawi’s extractive industries are still in their infancy, providing opportunities for the government and investors to respect rights and minimize the risks facing communities and natural ecosystems, even as they push for economic development.

While Malawi has some laws and policies that protect the rights of communities potentially affected by mining, they are poorly enforced. Government watchdogs stand by while mining operations are allowed to progress, regardless of the risks for local communities or the environment. A new draft law, the Mines and Minerals Bill, while relatively progressive in many respects, fails to address the lack of transparency about the risks related to mining.

The government has begun to create a more comprehensive legal framework and has promised to improve enforcement. But mining communities are still waiting for inspection results and remedies for harm suffered.

The government needs to help level the playing field by providing information about risks of mining to the communities and ensuring their participation in decision-making, Human Rights Watch said.

“The Karonga district mines are just the first in many extractive projects in Malawi, making the lessons they have to offer extremely important,” Rall said. “The government should put effective protections in place as a priority so that people affected by new projects won’t suffer the hardships faced by people in Karonga.”

“[The company] had promised us a health center, new taps, and bridges. They didn’t talk about any risks.” – 41-year-old woman, Kayelekera, March 2016

“The company put white crosses on all the houses that should be relocated. They also put such a cross on our house…. They first came in March 2012 and said that we need to move in April. But they only waited one week and then came back to say that now is the time to move. We didn’t know where to go. We had to sleep outside for a couple of days. It was difficult to move as this was in the rainy season and we ended up putting up at someone’s verandah and under the tree.” – Sinya M., resident, Mwabulambo, March 2016.

“One of the big problems with the primary school is the dust from the road [used by trucks from Paladin and Malcoal]. I have two of my children there and they cough a lot. We had written to the [manager of Malcoal] and they started using another road. But then this year’s rainy season made the other road impassable and they started using the old road again that passes directly by the primary school.” – 34-year-old woman who lives with her husband and five children, Kayelekera, March 2016.

“I had six acres of land. But because the coal mine had spread some coal on the road to make the road better for their trucks, during the rainy season the coal seeps into my gardens and this has negatively affected my [fruit] crop output…. Why did you destroy our land? They left us behind with nothing. We are suffering from hunger.” – 75-year-old woman, Mwabulambo, March 2016.