“My husband beats me. He abuses me. My family doesn’t help me. They just say ‘be patient, he’ll change.’ The first time, I went to the police. They didn’t believe me, they told me to go home.”

These are the opening words of a new video by Moroccan performer Mounia Magueri, widely known for her comic sketches on social issues. In the video, Magueri plays the role of a domestic violence survivor, an abusive husband, a police official, and a prosecutor. The words of each fictional character highlight the problem of domestic violence. 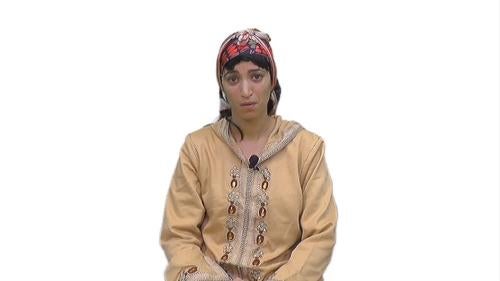 In February, Human Rights Watch reported on Morocco’s weak response to preventing domestic violence, protecting survivors who seek help, and prosecuting abusers. We interviewed 20 women and girl survivors of domestic violence. They said that their husbands, partners, and other family members punched, kicked, burned, stabbed, and raped them.

Many of these women told us that the police did not record their statements, told them to leave, and refused to investigate or arrest abusers even after prosecutors ordered them to do so. With no domestic violence law, Moroccan officials lack guidance on how to handle these cases. They also lack an “order for protection” mechanism so common in other countries, which can restrain abusers from approaching the victim. The stories of four of these women are highlighted in a social media campaign directed at the Moroccan Minister of Women and Family, Bassima Hakkaoui, with the Arabic hashtag الحقاوي_عطيني_حقي#, meaning “Hakkaoui: Give me my rights.”

The Moroccan government has drafted a law on violence against women, but it has been pending with the government since 2013. While the draft has good elements, it lacks a strong definition of domestic violence and does not criminalize marital rape.

Today is International Women’s Day, and women across Morocco are demanding that the government pass a strong law on violence against women.

In her video, Magueri tells Morocco’s Minister of Women and Family to “get a move on, roll up your sleeves, and publish a strong draft law.”