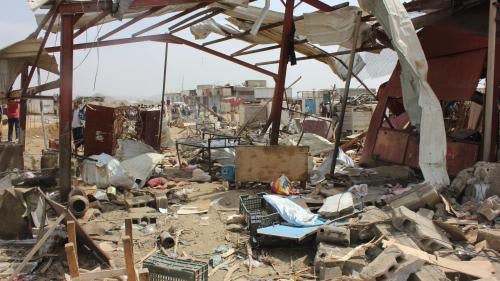 Saudi Arabia-led coalition airstrikes using US-made bombs killed at least 97 civilians, including 25 children, in northwestern Yemen on March 15, 2016.  The two strikes on a crowded market in the town of Mastaba, that may have also killed about 10 Houthi fighters, caused indiscriminate or foreseeably disproportionate loss of civilian life in violation of the laws of war. Such unlawful attacks carried out deliberately or recklessly are war crimes.