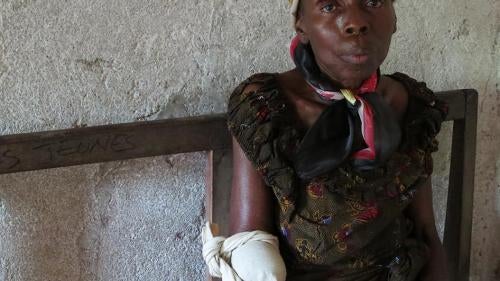 The government of the Democratic Republic of Congo and United Nations peacekeepers should urgently take steps to arrest and transfer Sylvestre Mudacumura, military commander of the Democratic Forces for the Liberation of Rwanda (FDLR), to the International Criminal Court.

Mudacumura remains at large despite an ICC arrest warrant issued for him on July 13, 2012, for nine counts of war crimes in eastern Congo’s North and South Kivu provinces. The crimes include attacks on civilians, murder, mutilation, cruel treatment, rape, torture, destruction of property, pillaging and outrages against personal dignity. To date, few efforts have been made to arrest him.

Since 2003, Mudacumura has been the military commander of the FDLR, a largely Rwandan Hutu rebel group based in eastern Congo, some of whose leaders participated in the genocide in neighboring Rwanda in 1994. UN experts estimate the group to have around 1,400 active fighters in 2015, compared to an estimated 6,000 fighters in 2008.