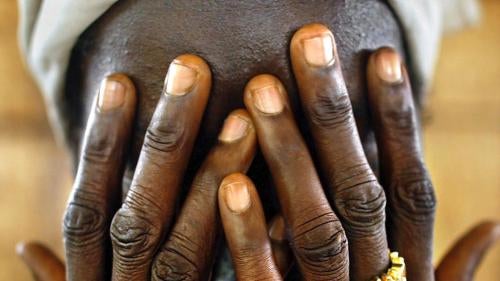 (Nairobi) – Recent credible threats against human rights defenders who, for many years, have been fighting for justice alongside victims of Liberia's civil wars are a source of great concern, nine human rights organizations said today.

The threats were made to staff of the well-respected Global Justice and Research Project (GJRP), as well as to witnesses of alleged crimes by a recent defendant of a war crimes unit in the United Kingdom. Credible threats have also been made against Adama Dempster, secretary general of the Civil Society Human Rights Advocacy Platform of Liberia, in connection to his human rights work and advocacy for a war crimes court. The Government of Liberia has an obligation to protect human rights defenders, the groups said.

The intimidation and threats against GJRP staff and witnesses started immediately after Agnes Reeves Taylor, who was indicted in 2017 in the United Kingdom for torture, returned to Liberia in July 2020. They included multiple threatening phone calls to GJRP staff, including the director, Hassan Bility, as well as against witnesses of her alleged crimes. Several witnesses have said that people claiming to be Reeves Taylor supporters have threatened their lives – including in person.

Certain public statements about Bility and the GJRP by Reeves Taylor, who was not acquitted, but whose case in the UK did not go to trial based on a point of law, also raise concerns.

The groups also reminded the Government of Liberia of the United Nations Human Rights Committee’s Concluding Observations, issued in 2018. The UN body said that the Government of Liberia should make certain that “all alleged perpetrators of gross human rights violations and war crimes are impartially prosecuted and, if found guilty, convicted and punished in accordance with the gravity of the acts committed.”

The Human Rights Committee's Observations required Liberia to report by 27 July 2020 on the implementation of the recommendations regarding accountability for past crimes. Liberia has not met this deadline. We sincerely hope that Liberia will take its international treaty obligations seriously by implementing the recommendations and submitting its follow-up report to the Committee.

The groups said that Dempster, who led the civil society delegation that traveled to Geneva to report to the United Nations on Liberia’s human rights record, has also received credible information that he is being “targeted for elimination.”

These threats come from certain leading figures within the Liberian government’s security services, and confidential sources state that they are related to Dempster’s work delivering human rights reports to the International Community and the United Nations against the current government, as well as his advocacy for a war crimes court.

The groups called on the Government of Liberia to ensure that human rights defenders in Liberia are protected from harassment and threats by individuals within the Government security services.

Center for Justice and Accountability

Centre for Civil and Political Rights

The Advocates for Human Rights

The Global Justice and Research Project