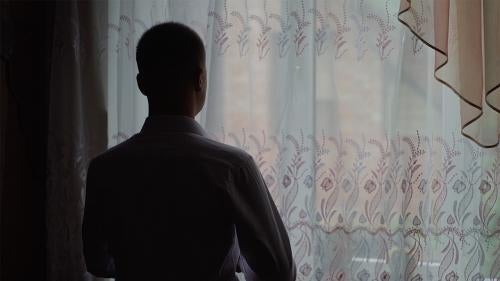 Download the easy-to-read version of the report in English

“Many people with disabilities in Mexico are trapped in violent family situations, with few options to escape or get justice,” said Carlos Ríos-Espinosa, senior disability rights researcher at Human Rights Watch and author of the report. “The government not only has failed to protect them but has, in many instances, reinforced people’s dependence on families by not supporting them in their right to live independently.”

Family Violence against People with Disabilities in Mexico

Human Rights watch interviewed 140 people, including 38 adults with disabilities, in 4 states: Oaxaca, Jalisco, Nuevo León, and Mexico City. They included people with physical disabilities, people who were deaf or blind, and people with developmental disabilities, such as autism. People interviewed described physical, sexual, and emotional abuse, neglect, and confinement to rooms or beds. Some adults who live with their parents have faced abuse since childhood.

Olga, 45, who has cerebral palsy and lives with her

parents and two siblings in Mexico City, said “My parents call me names and berate me. My father hits me, and throws me to the side of my wheelchair, which makes me sad and cry.”

The lack of government policies to ensure that people with disabilities can live independently and choose where and with whom to live means that people have few options but to remain with their abusers, sometimes for their entire lives.

The Covid-19 epidemic could exacerbate family violence, with families confined at home and many facing economic pressure due to job loss. On May 27, a spokesperson for Mexican President Andrés Manuel López Obrador acknowledged an increase in family violence complaints during the pandemic and announced a new campaign against such violence.

Many people interviewed attend special schools for people with disabilities. But with schools shut to prevent Covid-19 from spreading, they no longer have a safe place to go, even for a few hours.

Mexico’s federal government introduced disability pensions of 1,310 pesos (US$58) per month in February 2019. The program aims to reach just 1 million out of the approximately 7 million people with disabilities in Mexico. But the pensions are insufficient to live independently. The absence of other essential services, such as accessible housing and transportation and professional assistants to support people with tasks of daily living, also hinders many people from living independently.

State laws and government practices also reinforce the dependence of people with disabilities on their families. In Oaxaca and Mexico City, families are legally required to support adult relatives with disabilities, and the authorities often give the pension to the relatives to control.

People with disabilities also face serious barriers accessing justice, with many prosecutors’ offices where they must file their cases not accessible and a lack of communications assistance during proceedings. Many prosecutors also have limited understanding of procedural accommodations to assist them. Access to shelters for women and their children is extremely limited, with no such shelters for men.

One woman interviewed, Guadalupe Huerta Mora, now 55, acquired a disability in 2010 after her husband's three sisters punched and kicked her, causing a serious back injury that left her unable to walk. She was forced to move back with her attackers, and eventually fled Mexico City with the support of her then-13-year-old son.

Mexico’s federal government has created a new national system to protect women from violence called Puerta Violeta (Purple Door) and is reviewing some existing policies, including the operating guidelines for emergency shelters. The government should actively consult people with disabilities in developing and carrying out the policies.

Under the United Nations Convention on the Rights of Persons with Disabilities, which Mexico ratified in November 2007, people with disabilities have the right to live independently, with choices equal to others about where, how, and with whom to live. They should not be compelled to live with their families or be forced to live in segregated institutions. People with disabilities also have the right to be protected from violence and neglect, including by family members, and governments need to ensure they can access protection and justice mechanisms.

Government agencies should also develop a comprehensive, time-bound plan to expand support and services for independent living, including through increased employment opportunities, affordable and accessible housing and transportation, and professional personal assistants for people who require support in tasks of daily living.

“The Mexican government needs to do more to fully include people with disabilities in its family violence response, especially as Covid-19 threatens to put many more at increased risk,” Ríos-Espinosa said.