New York Governor Andrew Cuomo should sign a bill to ban the toxic pesticide chlorpyrifos, crucial for protecting public health and the environment in the state. In April, the New York State legislature passed a bill that would ban chlorpyrifos, and the governor has until the end of the year to sign it into law.

Research has shown that prenatal exposure to even very low levels of chlorpyrifos, which is used on many US food crops, can harm brain development in children, leading to microcephaly (when the head and brain do not reach full development), autism, and other attention, learning, and memory disabilities. Chlorpyrifos is also associated with cancer, Parkinson’s disease, and other serious health problems. 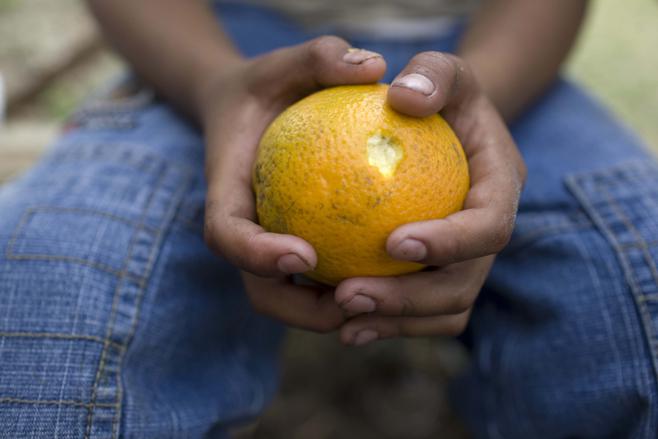 Its use on farms leaves farmers, farmworkers, and residents of rural communities more likely to be exposed. Through my work at Human Rights Watch, I’ve interviewed dozens of farmworkers in US tobacco fields – many of them children – who said they became sick after being sprayed with unknown pesticides. Chlorpyrifos is in the same class of pesticides commonly used in tobacco farming.

Earlier this year, the Trump administration decided not to ban chlorpyrifos. In the absence of federal regulation, states are taking action themselves. Hawaii passed a law to ban the chemical by 2022, and California has announced a ban to take effect next year.

New Yorkers are also leading efforts to protect the public from chlorpyrifos. The bill to ban chlorpyrifos passed through New York’s state legislature with overwhelming bipartisan support. In August, more than 80 nongovernmental organizations wrote to Governor Cuomo, urging him to sign the bill into law. The signers include organizations working to protect the environment, public health, workers, and children.

New York Attorney General Letitia James is leading a group of state attorneys in suing the US Environmental Protection Agency over the decision not to ban chlorpyrifos.

At the federal level, Nydia Velazquez, a congresswoman from New York, sponsored a bill to ban chlorpyrifos nationwide, and 14 members of the New York delegation have signed on as co-sponsors.

Governor Cuomo stood up for farmworkers’ rights earlier this year when he signed a law guaranteeing farmworkers overtime pay, family leave, and the rights to collectively bargain and form unions.

He only has a few weeks left to sign the ban on chlorpyrifos. It would show his commitment not only to protecting farmworkers, but every New Yorker’s right to health and a safe environment.