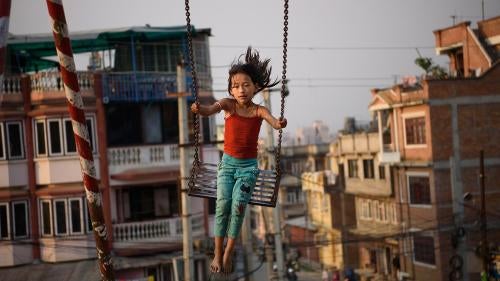 Today is World Children’s Day, marking 30 years since the adoption of the United Nations Convention on the Rights of the Child. Over the past three decades, every country in the world – except the United States – has ratified the treaty, committing to help children thrive and protect them from exploitation and abuse.

In many ways, the lives of children around the world have improved. Globally, children are twice as likely to make it to their fifth birthday compared to 30 years ago. Child labor rates have dropped by a third, while school enrollment has increased by more than 110 million. Rates of child marriage and female genital mutilation have declined. Levels of extreme poverty have dropped dramatically, leaving many children better off.

But far too many children have missed out on this progress. There are 262 million children and youth who remain out of school, and 152 million who are exploited in child labor. Three of every four children experience physical punishment in the home. Every year, an estimated 12 million girls marry before age 18, and at least 1.5 million children are deprived of liberty in prisons, detention centers, and institutions.

In short, there’s still a lot to do.

At Human Rights Watch, my colleagues and I see this anniversary as a chance to assess the progress we’ve made, and to work even harder to make sure every child enjoys their rights to education, a safe and healthy environment, and to develop to their fullest potential.

Governments should also use the anniversary to take stock of how they can do better. That may mean legal or policy reform, increasing investments in education and health care for children, and ensuring those that abuse and exploit children are held to account.

The gains of the past 30 years show what is possible for children. Let’s keep pushing to ensure all children, regardless of where they live or the conditions they’re born into, share in this progress.