(Goma) – Armed groups in Democratic Republic of Congo’s eastern Kivu provinces have killed 1,900 civilians and abducted more than 3,300 others between June 2017 and June 2019, Human Rights Watch and the New York University-based Congo Research Group said in a report released today. The Kivu Security Tracker, a joint project of the two organizations, logged more than 3,000 violent incidents by more than 130 armed groups. 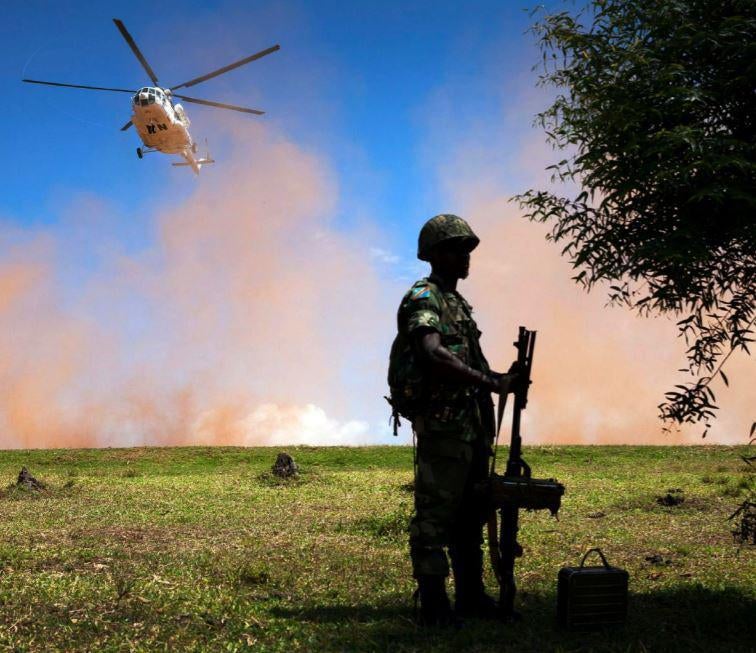 The 17-page report, “Congo, Forgotten: The Numbers Behind Africa’s Longest Humanitarian Crisis,” used the results of the Tracker’s first two years to examine the general trends of conflict in North and South Kivu, the main factors contributing to the violence, and the broader challenges for peacekeeping efforts.

“Over 130 armed groups are fighting for countless reasons in Congo’s eastern Kivu provinces, making the region one of the most violent places in the world,” said Lewis Mudge, Central Africa director at Human Rights Watch. “Understanding who is committing the atrocities is the first step toward holding those responsible to account and ending the abuses.”

Congolese government security forces, instead of restoring security, have frequently committed abuses against the civilians they are meant to protect. Senior political and intelligence officials and security force officers have created, supported, and used armed groups in the Kivus and elsewhere in the country, often to gain control over land, mineral resources, or taxation rackets.

The Tracker monitors violence by armed groups and Congolese security forces through maps, graphs, blog posts, and analytical reports. A team of 15 Congolese researchers based across North and South Kivu speak daily with traditional chiefs, clergy, activists, and government officials to document the most egregious violence – including killings, mass rapes, abductions, and political repression – and seek to identify the armed groups responsible. Project staff in Congo and abroad make sure the information is reliable and then plot it in an online, interactive map that shows where armed groups are active, where the worst violence has occurred, and who is allegedly responsible.

The results show that fighting affecting civilians has remained at alarming levels in the Kivus over the past two years. The epicenter of the violence is Beni territory: almost one-third of all killings of civilians took place there, driven largely by fighting between the Congolese security forces and the Ugandan-led Allied Democratic Forces (ADF) rebellion. Other hotspots include Rutshuru territory, where more than one-third of all kidnappings took place. Further north, where Rutshuru, Walikale, Masisi, and Lubero territories meet, there has been significant fighting between the Congolese army, in alliance with local militias, and the Democratic Forces for the Liberation of Rwanda (Forces démocratiques de libération du Rwanda, FDLR), a largely Rwandan Hutu armed group.

The Fizi and Uvira highlands at the southern tip of South Kivu were another flashpoint as attacks in 2017, with regional dynamics exacerbating ethnic rivalries between the Banyamulenge and the Bafuliro communities. Burundian rebels, some backed by the Rwandan government, have fought against Rwandan rebels and Congolese Mai-Mai groups, some of whom have received support from the Congolese and Burundian governments.

Tracker data indicates, contrary to widely held views, that there is no systematic correlation between violence and mining areas – only 20 percent of violent incidents occurred within 20 kilometers of a mine. While some violence is directly associated with efforts to control mining areas, armed groups derive revenues from many sources, including charcoal production, poaching, kidnapping, and taxing commodities and movement.

President Felix Tshisekedi, on his first trip in office to the Kivus in April, promised to redeploy troops that have been in the Kivus for a long time, to hold the people supporting armed groups accountable, and to increase support to military operations in the region. While an estimated 2,000 to 3,000 combatants have surrendered or expressed an intention to do so since Tshisekedi’s inauguration, there is no functional demobilization program for them. There have been no new prosecutions of Congolese army commanders for abuses or for supporting armed groups, and many abusive commanders remain at large.

Systemic reforms will take time and considerable political will from the Congolese government, the two organizations said. The country’s leadership will need to address calls from local communities for reconciliation, justice, and economic development. Tshisekedi has made clear that lasting peace in the region will have to include a concerted push for justice. The government should establish a vetting system to remove those implicated in serious abuses from the security forces, and a specialized war crimes unit could be set up within the Congolese judiciary to focus specifically on prosecuting serious international crimes.

“The fighting in recent years shows that peace and stability in eastern Congo are elusive,” said Jason Stearns, director of the Congo Research Group. “A comprehensive approach is needed, including an invigorated demobilization program and deep-seated reforms at every level of the state to counter impunity.”