Donate Now
(New York) – Honduras’ total ban on abortion in all circumstances puts women and girls in danger and violates their rights, Human Rights Watch said today, releasing a web feature on the topic. Abortion in Honduras is illegal in all circumstances, including rape and incest, when a woman’s life is in danger, and when the fetus will not survive outside the womb.

The web feature, “Life or Death Choices for Women Living Under Honduras’ Abortion Ban,” shares stories of Honduran women confronting the cruel effects of the abortion law. They include a woman forced to bear her rapist’s child; a woman facing jail after having a miscarriage; women who experienced complications from clandestine abortions; a pro-choice pastor who has faced death threats for her activism; a doctor who cannot always act in her patients’ best interests; and women who share information about safe abortion in secret through an anonymous phone line.

“Banning abortion does not stop it, but it forces women and girls to put their health and lives at risk to end pregnancies behind closed doors, in fear and desperation and without medical care,” said Margaret Wurth, senior women’s rights researcher at Human Rights Watch. “Honduras’ draconian law is leading to enormous suffering among women and girls and their families.” 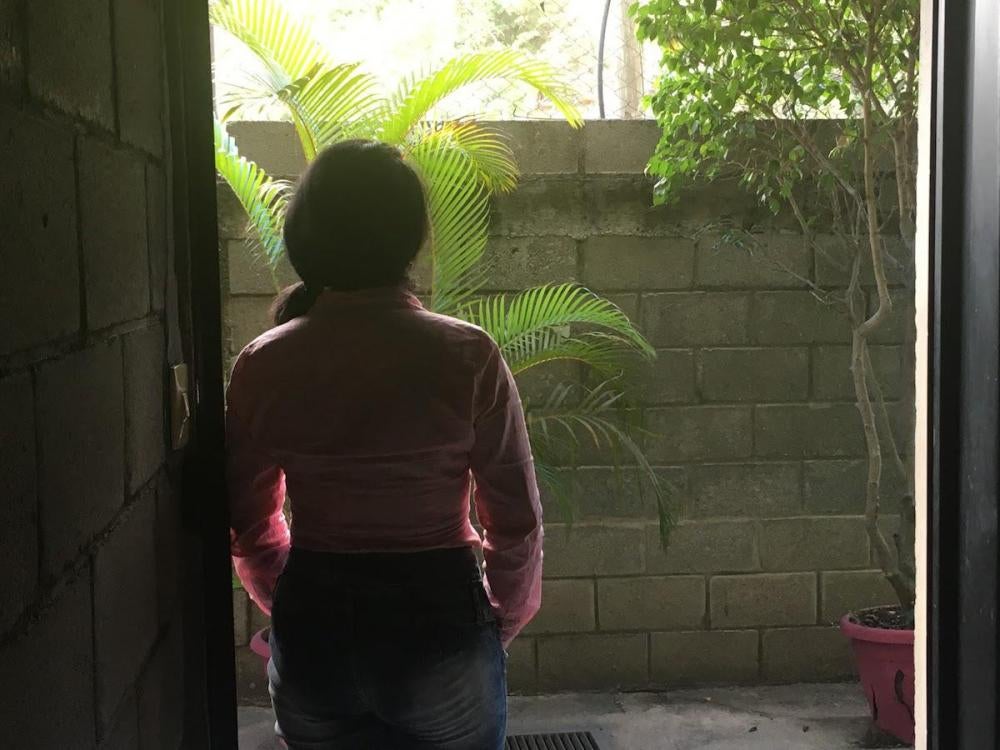 Women living in Honduras, where abortion is illegal, face life or death choices. &#13;

The country’s criminal code imposes prison sentences of up to six years on women and girls who induce abortions and on medical professionals who provide them. The government also bans emergency contraception, or the “morning after pill,” which can prevent pregnancy after rape, unprotected sex, or a contraceptive failure.

There is a global trend toward expanding legal access to abortion. A landmark 2018 referendum in Ireland and a pivotal 2017 decision to ease an abortion ban in Chile are recent examples. Between 2000 and 2017, 27 countries expanded access to abortion. At the same time, however, there are attacks on women’s reproductive rights in a few countries, notably in the United States, where legislators, emboldened by new conservative Supreme Court appointments and an anti-choice president, recently passed harsh new restrictions on abortion in several states, including a total ban in Alabama.

In Honduras, Human Rights Watch saw the consequences of banning abortion during January 2019 interviews with women who had faced unwanted pregnancy, advocates, and service providers.

Public health data suggests that at least 40 percent of pregnancies are unplanned or unwanted at the time they occur. Some unintended pregnancies are caused by rape. Nearly one in four women in Honduras has been physically or sexually abused by a partner, according to a 2011-2012 government survey.

“I wanted to die,” said one woman when she learned of an unwanted pregnancy. “I wanted to destroy myself,” said another. Several said they knew immediately that they needed to have clandestine abortions.

Women said they tried to end unwanted pregnancies using medication and in clandestine clinics. Several women sought emergency treatment at hospitals afterward for complications such as uncontrolled bleeding or intense pain. Data from the Honduras health secretary show more than 8,600 women were hospitalized for complications from abortion or miscarriage in 2017.

The use of misoprostol – a medication used to induce labor and to treat stomach ulcers – for medical abortion has reduced the risk of complications in countries where legal access is restricted. But women interviewed said that it could be expensive and difficult to get.

Unsafe abortion is the cause of an estimated 8 to 11 percent of maternal deaths globally. The Honduran health secretary reported that only 1 of the country’s 23 maternal deaths in 2017 was caused by abortion, but that number could be higher because criminalization forces many women to conceal abortion. Research shows that in countries where abortion is criminalized, deaths from unsafe abortion are often misattributed to other causes.

Stories of women suspected of having illegal abortions make headlines in the country each year. One woman profiled in the feature was unaware she was pregnant when she went to a hospital in intense pain. Doctors suspected she had attempted an abortion and called the police. She was taken from the hospital in handcuffs and is awaiting trial on criminal charges. No one has been convicted under the abortion articles of the criminal code in the last three years, according to data provided to Human Rights Watch by the Honduran attorney general’s office, but seven people were accused of having or providing abortions and two were detained.

The full ban on abortion makes it impossible to know how many women and girls have abortions in Honduras. One Honduran nongovernmental organization estimated that 50,000 to 80,000 abortions occur each year. Reliable research shows that restrictive laws and criminal penalties do not reduce the incidence of abortion.

“Women and girls around the world will always need access to abortion and will have no choice but to defy laws that violate their reproductive rights,” Wurth said. “Policymakers – from Honduras to Alabama – should recognize that banning abortion is as ineffectual as it is cruel.”