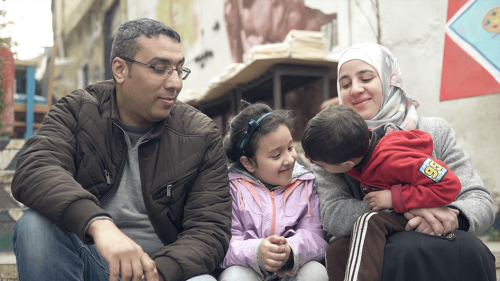 (Amman) – Children born to Jordanian mothers and non-Jordanian fathers struggle to get basic rights and services in Jordan, Human Rights Watch said in a report released today. Due to a law that denies women the right to pass citizenship to their children on an equal basis with men, these children are treated as foreign nationals their whole lives, with no permanent right to live or work in the country.

The 64-page report, “‘I Just Want Him to Live Like Other Jordanians’: Treatment of Non-Citizen Children of Jordanian Mothers” details the ways Jordanian authorities restrict the rights of non-citizen children of Jordanian women to work, own property, travel from and return to Jordan, enroll in higher education, and access government health care and other services. A 2014 government decision purporting to ease restrictions has fallen far short of expectations. The multiple forms of exclusion and discrimination non-citizen children face often lead to severely diminished prospects for their future and place undue economic and social burdens on their families.


“By preventing women from equally passing nationality to their children, authorities are forcing hundreds of thousands of such children into a life of near destitution,” said Sarah Leah Whitson, Middle East director at Human Rights Watch. “Announced reforms have failed to meaningfully improve their lives, proving that half-measures are no alternative to citizenship.”

The report is based on more than 50 interviews with Jordanian women, non-citizen children, government officials and activists, as well as a comprehensive review of the relevant Jordanian laws, regulations, and decisions.

While local women’s rights activists attribute successive governments’ unyielding stance on the issue to a deep-seated patriarchal culture, Jordanian lawmakers and officials typically cite several justifications for this discriminatory policy. Among these are the alleged implication that Jordan could become an “alternative homeland” for Palestinians and the presumed financial burden of a policy change.

However, the law permits a Jordanian man to marry as many as four women, including foreign nationals, and to pass on citizenship to his wives and children.

“I was born [in Jordan], my whole family and my loyalty is here, my roots are here,” said “Nermeen,” a 43-year-old daughter of a Jordanian woman and a Palestinian man. “With all my respect and love for Palestine, what am I supposed to do there? I don’t have anything there. Jordan is not my alternative homeland, it is my country.”

By depriving Jordanian women of their right to confer citizenship to their children on an equal basis with men, Jordan violates both international law and its own constitution, which guarantees all Jordanians equality before the law. International human rights bodies, including the UN Committee on the Rights of the Child (CRC) and the UN Committee on the Elimination of Discrimination against Women (CEDAW), have also found Jordan’s nationality law discriminatory.

In 2014, following increased domestic pressure, Jordanian authorities appeared ready to recognize non-citizen children of Jordanian women as a specific class of individuals entitled to benefits they otherwise would not have been entitled to as non-Jordanians. The cabinet issued a decision purporting to ease restrictions on their access to employment opportunities, public education, government health care, property ownership, investment, and acquiring a driver’s license. The cabinet decision also established a special identification card which would be required to access these six areas.

At the time, then Interior Minister Hussein al-Majali said that all 355,923 children of Jordanian mothers and foreign fathers registered with the Civil Status and Passports Department would benefit from the decision. But by February 2018, authorities had issued just over 72,000 special ID cards, fewer than 20 per cent of those allegedly eligible.

Some people are not able to get the ID cards because they can’t get some of the long list of documents required to apply or can’t afford the cost of obtaining them. Others are refused because of a requirement that their mothers have to legally reside in Jordan for at least five years before they apply, which the Jordanian National Commission for Women considers discrimination against Jordanian women’s citizenship rights and freedom of movement.

Even for those who did obtain ID cards, many reported no discernible improvement in their circumstances. By and large, Jordanian government agencies continue to subject non-citizen children of Jordanian women to the same laws and regulations that govern provision of services for foreign nationals.

Children of foreign fathers still face a cumbersome renewal process for residency permits and significant legal and regulatory barriers to employment. Some of those interviewed who had managed to build successful careers despite these restrictions said that the legal uncertainties threatened their jobs and limited their professional mobility.

While there was some improvement in access to public hospitals and public schools, it applied only to those who were able to get the ID cards. And there have been no discernible changes in property ownership, investment rights, or obtaining a driver’s license. Some government departments now require the new ID card in addition to the documents originally required for services, arguably excluding non-citizen children who could have accessed these services before the “reform.”

“Do you think we would be in this [poor] state if our children could work?” said a 51-year-old Jordanian mother of five non-citizen children. “We are always worried for them. They have no freedoms, no rights, no futures.”