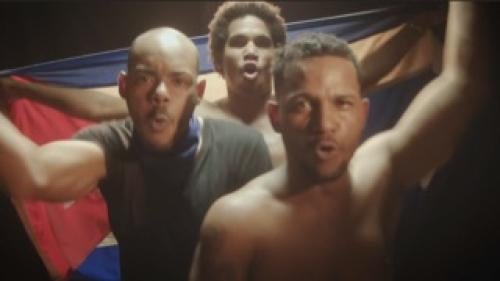 Since July 11, thousands of Cubans have taken to the streets across the country in landmark demonstrations protesting longstanding restrictions on rights, scarcity of food and medicines, and the government’s poor response to the Covid-19 pandemic. These are the largest protests in Cuba since the 1994 “Maleconazo” protests in Havana.

Many protesters chanted “Liberty!” or “Motherland and Life,” referencing a song performed by Cuban artists in Havana and Miami that repurposes the Cuban government’s old slogan, “motherland or death” (patria o muerte), and criticizes repression in the country. Some activists have been arbitrarily detained in recent months just for playing it.

President Miguel Díaz-Canel on Sunday urged government supporters and security forces to respond to the protests violently. “We call on all revolutionaries to go to the streets to defend the revolution,” he said. “The order to fight has been given.”

Several organizations reported countrywide internet outages that day, followed by erratic connectivity, including restrictions on social media and messaging platforms. Human Rights Watch has tried to contact journalists and rights activists in Cuba, but many have been unreachable. Others have only been able to talk via landlines or by circumventing internet restrictions.

Cuban rights groups report that over 500 people have been detained. The whereabouts of many remain unknown. Police and intelligence officers have also appeared at the homes of journalists and activists, ordering them to stay there.

Some protesters and journalists have reported police beatings of protesters and we have documented multiple cases of arbitrary detention. Camila Acosta, a journalist from CubaNet and the Spanish outlet ABC, was detained Monday morning. She has been held incommunicado, and police told her family that they would investigate her for “contempt” and “public disorder.” Leonardo Romero Negrín, a physics student who had attended a protest in April with a sign reading, “yes to socialism, no to repression,” was detained Sunday in Havana. His whereabouts are unknown. Members of the “San Isidro” and “27N” movements, two coalitions of artists and journalists who have faced a government crackdown in recent months, have also been detained.

On July 13, Cuban officials said one protester had been killed, but independent journalists have reported more.

The Cuban government insists on its decades-old repression, but Cuba is changing. Thousands of Cubans are overcoming their fear of the government. Governments committed to human rights and democracy in the Americas and Europe should make it clear to Díaz-Canel that the Cuban government will no longer get away with brutal crackdowns and trying to hide abuses with censorship.