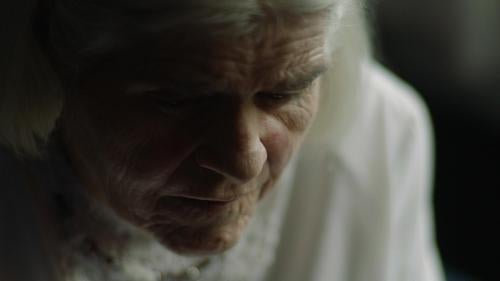 The report is based on interviews with family members, doctors, nurses, and advocates, and documents the use of medications as chemical restraint in 35 aged care facilities in three states in Australia.

“When older people are silenced by drugs rather than given person-centered support, it risks their health and insults their humanity,” said Bethany Brown, researcher on older people’s human rights at Human Rights Watch and author of the report. “Older people with dementia need an understanding helping hand, not a pill.” 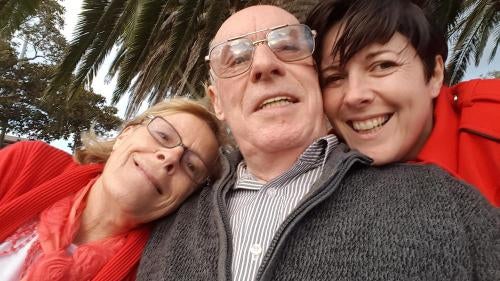 The Australian government should prohibit this practice and introduce requirements for adequate staffing numbers and dementia training to support older people with dementia without chemical restraint. The government should act urgently in advance of the Royal Commission of Inquiry into Aged Care Quality and Safety’s interim report, on October 31, 2019.

Family members described a dramatic deterioration in their older loved ones. Formerly energetic, talkative people became lethargic and, in some cases, unable to speak. Many reported that their relatives slept heavily, often for long periods, and could only be awakened with difficulty. Some experienced serious weight loss and dehydration, often because they could not stay awake long enough to eat or drink. Many became so weak from not using their muscles that they lost mobility. They often lost the ability to perform self-care tasks such as using the bathroom or showering. Family members described seeing their relatives restrained over many months, even years.

One woman said that her grandmother had wandered away from an aged care facility where she was living in 2017. After the incident, the facility staff said they placed her on antipsychotic drugs. “Everything about her, her health, her spirit, declined after that drug,” the granddaughter said. “We went to see her after the meds, and she couldn’t hold a conversation, she was dropping off to sleep, [just] like that.… Her eyes would roll back in her head.

Some family members said that staff threatened and intimidated them when they asked questions about the drugs or challenged their relatives’ treatment. They said they complained to government agencies with responsibility for monitoring aged care, without success.

When older people stopped receiving the medications after relatives intervened, some regained their previous vitality.

The Royal Commission heard testimony on chemical restraint in aged care during its hearings in Sydney in May. In an attempt to address the issue, the government introduced a new regulation, the Quality of Care Amendment (Minimising the Use of Restraints) Principles 2019, which came into force in July. But the regulation does not prohibit chemical restraint or set out any penalties for aged care facilities that engage in the practice. A parliamentary committee is conducting an inquiry into that regulation.

International human rights law prohibits inhuman and degrading treatment. In 2013, the United Nations Committee on the Rights of Persons with Disabilities criticized Australia for allowing practices that would subject people with disabilities, including older people with dementia, to “unregulated behaviour modification or restrictive practices such as chemical, mechanical and physical restraints and seclusion.” The committee said that Australia should end these practices.

The Australian government should prohibit the use of chemical restraints to control the behavior of people with dementia, or for the convenience of staff, in line with its international human rights obligations. The authorities should instead make sure that any medical intervention takes place only with free and informed consent, and that medications are administered only for therapeutic purposes. The government should make it a priority to provide positive support and intervention for people with dementia, including in aged care facilities and ensure that there are adequate numbers of trained staff to provide this support.

The Aged Care Quality and Safety Commission, a government inspection agency, should monitor for chemical restraint.

“The Australian government should prohibit chemical restraint and penalize aged care facilities it finds violating that prohibition” Brown said. “We all have the same right to be treated with dignity, which doesn’t change with age or dementia.”

The young woman who described the change in her grandmother when she was given drugs to restrain her in an aged care facility on the Gold Coast told Human Rights Watch about her grandmother’s serious weight loss and dehydration over about 18 months in 2017 and 2018 while she was on the medication:

The weight loss started when she went on the drugs. She became gaunt. I was buying clothes for her, and she was always around a size 18. Then I had to buy size 12.

David Viney, 88, has mild dementia and has had a major stroke. Staff at a facility in Queensland put him on medication to control his behavior in 2017, after which he slept excessively and had difficulty eating, swallowing, and sitting upright. When his son, Mark, complained about the sedation, the facility took him off the drugs, and his father recovered significantly:

They stopped the drugs, and he was himself again by the end of three days. He was telling jokes and laughing. I hadn’t seen him that way for months. He can remember things. They didn’t want to take him off the drugs. I said I don’t want him on. Told them to cease.

Dr. Harry McConnell, a geriatrician and neuropsychiatrist with more than 30 years of experience working with people with dementia and other disabilities in Australia confirmed the powerful negative impact he has seen from the use of chemical restraints on people with dementia:

I see [antipsychotic drugs] having a great impact on [older people’s] quality of life and physical health. And there usually isn’t a diagnosis to support these, so they are used as a chemical restraint, really.

The consequences are that we see otherwise healthy people develop horrible metabolic problems, diabetes, heart problems, stroke as a result of being on these psychotic medications. It’s all too common.… It’s a question of making the right diagnosis and offering the right treatment, not just treatment to keep people’s behavior in line.