Mariel Alvarez, a doula, was a few weeks from her own due date when Hurricane Maria crashed down on Puerto Rico in 2017. She had hemorrhaged in two earlier births, and both were early deliveries that required emergency care. As the country plunged into darkness and chaos in the wake of the storm, Alvarez grew increasingly anxious. “I was really afraid that I might die after giving birth,” she said.

The damage done by Hurricane Maria was far worse than Alvarez, or anyone, could have imagined. With broken roads, and hospitals overwhelmed as blackouts roiled the island, she gave birth at home a few weeks later. She relied on her doula skills and a friend to stem her own bleeding which, like the first two births, was excessive. 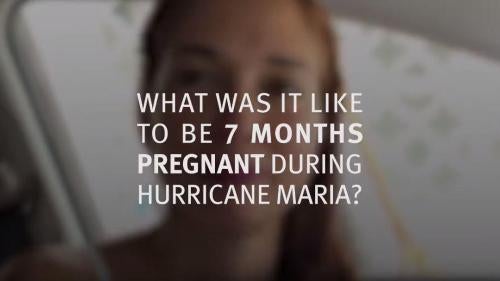 Last week, Puerto Rico was again under threat, as Hurricane Dorian tore across the Caribbean, almost exactly two years since Hurricane Maria made landfall. Heavily pregnant women, and those who have recently given birth, will have no doubt watched the news with same deepening sense of dread experienced by Alvarez and others two years ago.

Puerto Rico was lucky. Gathering hideous strength, Hurricane Dorian veered away from the island. But the hurricane did massive damage to the Grand Bahama and Abaco islands, leaving residents homeless and authorities scrambling to find missing people and provide water and food. And Dorian will doubtlessly expose – as did Maria – the unique vulnerabilities of particular groups, including pregnant women and those who have recently given birth.

While Hurricane Maria spared no one, pregnant women and those who had recently given birth were vulnerable to the storm’s wrath in unique ways. Their stories have been lost in anger and finger-pointing over the flawed emergency response and slow disbursement of recovery funds by US President Donald Trump’s administration. But they need to be heard: global warming climate crisis means Caribbean islands (and other areas like the eastern US seaboard) will face increasingly severe hurricanes with increased precipitation, like Maria.

In 2018, a year after Hurricane Maria, Human Rights Watch interviewed 30 doctors, nurses, lactation consultants, and NGO staff, and 16 women who were pregnant or had recently given birth when Hurricane Maria hit Puerto Rico in September 2017. Each of these women faced unique and extraordinary challenges, but taken together their testimonies paint a picture of the distinct challenges pregnant women and new moms faced. New mothers and pregnant women struggled for months after Maria hit with the healthcare system in shambles, and difficulty knowing how and where to access the scant services that were available to them. 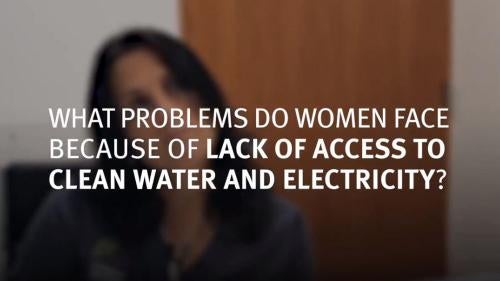 Adli, 25, said that she began having sporadic contractions at home during the 2017 hurricane, and worried that she might go into labor months before she was due to give birth. She said she could not locate her doctor and was unsure whether her hospital would be open. “It was a very precarious situation,” she remembered.

Yulisa, 23, recounted how her sister missed prenatal appointments following Hurricane Maria, and when she was able to make it to a hospital, they were unable to do a prenatal exam. She said that soon after her attempt to access care at the hospital, her sister had a pre-term birth, and the baby died the next day. Gabriela was six months pregnant when Hurricane Maria struck. She said she could not attend prenatal check-ups for two months afterward because “after the hurricane everything was closed, the roads were covered in trees,” even though she was suffering from such acute gastritis that she could not sleep lying down during this time. One woman named Carolina could not find a way for her premature baby, born four days before Maria, to get her vaccinations. 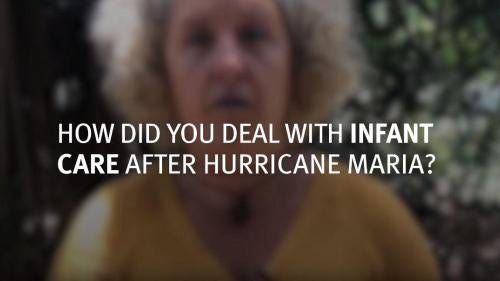 The lack of water also meant keeping caesarean section or vaginal wounds clean was harder, women told us. Dr. Yari Vale Moreno, an obstetrician, worked in a mobile clinic that went out to find patients in places where the clinics were not functional. She found widespread vaginal infections because many had little or no clean water.

Other women faced a myriad of other problems: no electricity meant nowhere to store pumped breast milk even if you could find a generator to pump. Some interviewees said lack of clean water made them feel more dehydrated and making formula an acute problem on top of many others. New mothers struggling to breastfeed couldn’t find help. Supporting mothers with breastfeeding, which provides babies with both the nutrients and safe water, is recognized as a lifesaving intervention in disasters, including in the US. 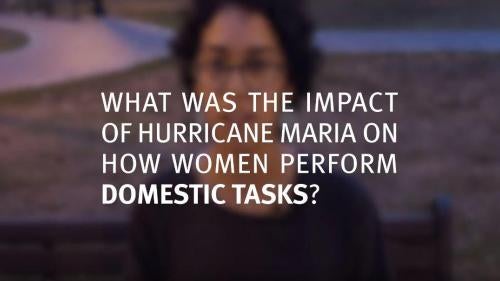 An Oxfam report also showed how women and girls carried the burden of washing houses, clothes, and the soiled sheets of bedridden relatives by hand without electricity and running water.

Epidemiologists who calculated the excess mortality after the storm found that almost 3,000 additional people died in the months after the storm. It’s not known how many of these deaths were maternal deaths, or what maternal morbidity (serious injury connected to pregnancy or giving birth) was like after Maria. Most people died two to three months after Maria hit, and people in poorer areas died in higher numbers, often where electricity was restored last. 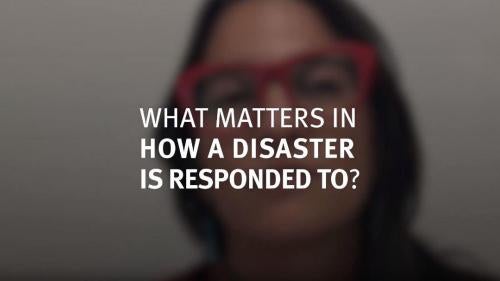 After Maria, community organizations, including women’s rights groups, like Taller Salud in Loiza municipality, stepped in to take on some responsibilities of the state including by running large aid distribution efforts, feeding thousands with donations from the Puerto Rican diaspora. They made sure domestic violence victims had housing so they didn’t have to move back in with abusers, that pads and tampons were included in their distributions. They saw first-hand the importance of considering gender in disaster response. So far, no government authorities have sought their reflections and expertise nor, as far as they know, has it been incorporated in disaster planning.

The insights from groups like Taller Salud should help guide and be included in Puerto Rico’s disaster plan. This plan is still not finished; in May this year its drafters said that they had not consulted with women’s rights groups while drafting an emergency action plan, which, two years after Hurricane Maria, has still not been made public. 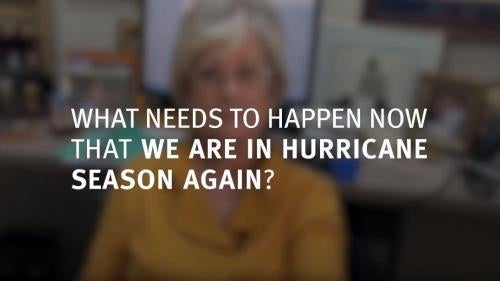 The epidemiological study found the failure of planning and communication, as well as disparities between communities in wealth, were all key reasons why Hurricane Maria’s aftermath led to a secondary public health disaster far more deadly than the high winds and water that killed 76 people. Adaptation policies – plans for how Puerto Rico will cope with the impacts of the climate crisis – and hurricane readiness are critical and can mean the difference between life and death for thousands.

There will always be pregnant and postpartum women in disasters. Their needs and vulnerabilities will be different, as Maria showed, and as Dorian will very likely show us again, and need to be seen and prepared for long before the next devastating storm hits.