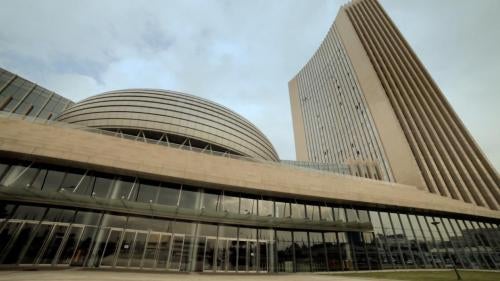 In June 2018, the AU Executive Council, consisting of foreign ministers of member states, declared that the African Commission only had “independence of a functional nature, and not independence from the same organs that created the body.” The council also decided that AU policy organs would revise the criteria for the commission to grant observer status to nongovernmental organizations in line with existing AU accreditation criteria, “which take African values and traditions into account.”

“The AU Executive Council’s decision to restrict the role of the African Commission threatens to render this critically important body obsolete and irrelevant,” said Carine Kaneza-Nantulya, Africa advocacy director at Human Rights Watch. “The African Commission has time and again been the last bastion of justice for countless victims of abusive governments.”

Established in 1987 to interpret and oversee the continent's preeminent human rights instrument, the African Charter on Human and Peoples’ Rights, the African Commission was conceived as an independent organ of the AU. For decades, the commission has acted as a quasi-judicial body to hold African governments to their human rights obligations as parties to the African Charter and has condemned abuses through decisions on behalf of victims.

African human rights activists and nongovernmental organizations are concerned that the Executive Council’s decision will impede the commission’s ability to function independently, without political interference from AU member countries. Achieng Akena, the executive director of the Pan-African Citizens Network, which fosters engagement between the AU and African civil society groups, said that the commission’s effectiveness in holding countries accountable to their African Charter obligations and ensuring justice for victims is why political authorities consider it a threat to their unchallenged use of power. Describing its independence as merely “functional” will eventually make the commission ineffectual.

In its more than 30-year existence, the African Commission has expanded the boundaries of human rights on the continent through its development of landmark instruments and decisions. The commission has considered more than 400 communications or cases and by 2015, had made 235 decisions, nearly all of them submitted by individuals and nongovernmental groups. Although its decisions only become binding when approved by the AU Assembly of Heads of State and Government, the commission provides an important platform for multinational recognition and adjudication of allegations of rights violations against citizens of AU member countries.

Through its Protocol to the African Charter on Women in Africa, the commission promotes and protects women’s rights and gender equality on the continent. In August 2003, the commission ruled against the governments of Rwanda, Uganda, and Burundi, finding that troops deployed to the Democratic Republic of the Congo’s eastern provinces in 1998 committed widespread rape and mutilation of women and girls, among other abuses.

The commission has also been a principal opponent of the use of torture on a continent where several countries lack national mechanisms to prevent it and established the Committee for the Prevention of Torture in Africa in 2002. In 2015, for example, it condemned the torture of human rights defenders in Sudan and ordered the Sudanese government to compensate the victims in accordance with national law.

The African Commission has condemned abusive practices in the mining industry, which is thriving in many resource-rich African countries, including the Democratic Republic of Congo. In 2017, it found the Congolese government responsible for a 2004 military operation abetted by copper production company, Anvil Mining, that resulted in the summary execution of over 70 people, and the arbitrary detention and enforced disappearance of scores of others. It ordered the government to pay US$2.5 million in damages to the victims and their families, and publicly rebuked Anvil Mining.

“The African Commission is the only instrument that we have now to protect human rights on the continent,” said Ibrahima Kane, Africa advocacy director at the Open Society Foundations and founding member of Senegalese human rights organization RADDHO. “If that system, that mechanism is under attack, it means that the human rights system itself is under attack.”

For more than three decades, the continent has relied on the commission to defend human rights through the implementation of the African Charter. A commission stripped of its independence will find it increasingly difficult to protect human rights without interference from AU member states with longstanding records of human rights violations.

“Stripping Africa’s foremost human rights institution of the very independence that has made it an effective tool for safeguarding the rights of ordinary Africans sends the message that the AU is unwilling to address serious human rights abuses on the continent,” Kaneza-Nantulya said. “The commission’s mandate should be enhanced, rather than restricted, to protect the rights of all African citizens.