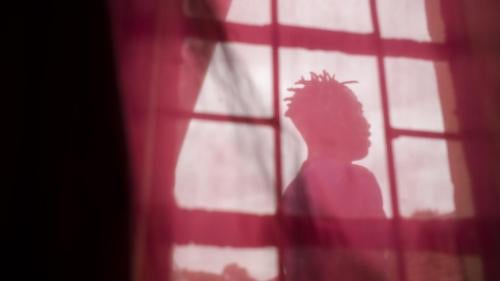 The 61-page report, “‘Let Posterity Judge’: Violence and Discrimination against LGBT People in Malawi,” shows how the lack of clarity about the legal status of same-sex conduct leaves LGBT people vulnerable to arbitrary arrests, physical violence, and routine discrimination. The justice minister issued a moratorium on arrests for adult consensual same-sex conduct in 2012, but there are divergent views about its legality.

“The law criminalizing same-sex conduct contributes to a perception that LGBT people are fair game and can be assaulted without any consequences for the attacker,” said Wendy Isaack, LGBT rights researcher at Human Rights Watch. “Imagine being beaten up in the street, reporting to the police, and being arrested yourself while your attacker goes free – this happened to people we interviewed, solely because of their perceived gender identity or sexual orientation.”

Human Rights Watch interviewed 45 LGBT people in Lilongwe and Blantyre as well as lawyers, activists, and government representatives. Researchers found a number of cases in which police arbitrarily arrested and detained transgender people and, in some cases, physically assaulted them. Some medical professionals denied people services based on their sexual orientation or gender identity.

Sections 153 and 156 of Malawi's Criminal Code prohibit "unnatural offenses" and "indecent practices between males.” After a high-profile arrest and conviction in 2010 that resulted in international condemnation, the Ministry of Justice and Constitutional Affairs, in 2012, issued a moratorium on arrests and prosecutions for consensual homosexual acts. In December 2015, justice minister Samuel Tembenu reaffirmed the 2012 moratorium but a year later, following successful litigation initiated by Christian religious leaders, the Mzuzu High Court issued an order suspending the moratorium pending judicial review. As the law stands, adult consensual same-sex conduct is punishable by up to 14 years in prison for men and five years for women. Human Rights Watch found that people whose gender expression differs from social expectations, including transgender people whom the police and public perceive as lesbian or gay, appear most likely to be targeted. Olivia, a transgender woman, told Human Rights Watch that a mob assaulted her friend, also a transgender woman, in a market in Lilongwe. Rather than arresting the attackers, the police arrested her friend because they suspected she was “gay.” Then they came looking for Olivia, but she wasn’t home, so they arrested her father.

“I went to the police station to look for him and when I arrived, three police officers took me into a small office inside the police station to question me,” said Olivia. “One of the officers said that because of the way I look and dress, I must be gay. They started slapping and punching me, forcing me to confess that I am ‘gay.’”

Violence and Discrimination against LGBT people in Malawi

Human Rights Watch spoke to several people who had been denied medical care because of their appearance and gender identity. Eric, a transgender man, was beaten up for being a “lesbian.” When his friend took him to the hospital, nurses refused to treat him. “I was given panados [pain relief tablets] but no other medication, no x-rays or checking of anything else – in fact the nurses said I should come back the next day dressed like a proper lady and only then will they give me proper treatment.”

Transgender women and men who have sex with men have been denied HIV tests and treatments by nurses in public hospitals. Human Rights Watch was told several stories of nurses calling their colleagues into a treatment room to laugh at someone who had come in to be tested for HIV, and then refusing to administer the tests.

Malawian authorities’ lack of willingness to repeal the anti-homosexuality laws inhibits people from seeking services, including HIV prevention, testing, and treatment, and compromises their right to the highest attainable standard of health. It is well-established that punitive legal environments constitute a significant barrier to access to sexual health treatment and services for gay and bisexual men and other men who have sex with men. Human Rights Watch’s research suggests that transgender people experience the same barriers.

Malawi should decriminalize consensual same-sex conduct to ensure the safety and protection of all its citizens.

“Discrimination against LGBT people is rife in Malawi and is creating an atmosphere in which some of its most vulnerable citizens are afraid to seek out police assistance or potentially life-saving medical care,” Isaack said. “The Malawi government should make sure that all of its citizens can live safely and free from persecution.”