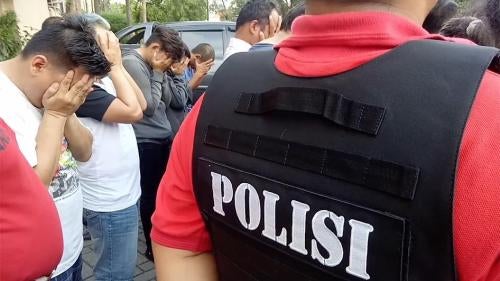 The 70-page report, “‘Scared in Public and Now No Privacy’: Human Rights and Public Health Impacts of Indonesia’s Anti-LGBT Moral Panic,” documents how hateful rhetoric has translated into unlawful action by Indonesian authorities – sometimes in collaboration with militant Islamist groups – against people presumed to be LGBT. Based on in-depth interviews with victims and witnesses, health workers, and activists, this report updates a Human Rights Watch August 2016 report that documented the sharp rise in anti-LGBT attacks and rhetoric in Indonesia that began that year. It examines major incidents between November 2016 and June 2018, and the far-reaching impact of this anti-LGBT “moral panic” on the lives of sexual and gender minorities and the serious consequences for public health in the country.

“The Indonesian government’s failure to address anti-LGBT moral panic is having dire consequences for public health,” said Kyle Knight, LGBT rights researcher at Human Rights Watch and author of the report. “The Indonesian government should recognize that its role in abuses against LGBT people is seriously compromising the country’s response to HIV.”

Beginning in early 2016, politicians, government officials, and state offices issued anti-LGBT statements – calling for everything from criminalization to “cures” for homosexuality, to censorship of information related to LGBT individuals and positive reporting on their activities.

The government’s response to the country’s HIV epidemic in recent decades has helped slow the number of new infections. However, widespread stigma and discrimination against populations at risk of HIV, as well as people living with HIV, has discouraged some HIV-vulnerable populations from accessing prevention and treatment services. As a result, HIV rates among men who have sex with men (MSM) have increased five-fold since 2007 from 5 percent to 25 percent. And while the majority of new HIV infections in Indonesia occur through heterosexual transmission, one-third of new infections occur in MSM.

Throughout 2017, Indonesian police raided saunas, night clubs, hotel rooms, hair salons, and private homes on suspicion that LGBT people were inside. In total, police apprehended at least 300 people in 2017 alone because of their presumed sexual orientation and gender identity – a spike from previous years and the highest such number ever recorded in Indonesia.

Nigrat L., a 47-year-old transgender woman outreach worker in Jakarta said, “Violence will always be there – it always has been with us. It’s just part of our lives. It’s normal. We just know it as our bad luck that day, and maybe tomorrow too, or maybe tomorrow will be better.” 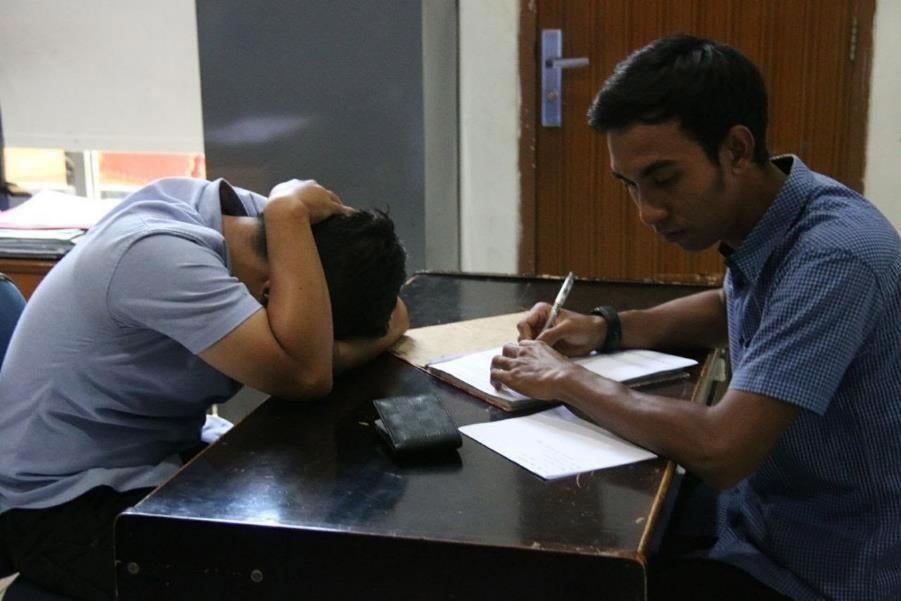 The raids sometimes were preceded by police surveillance of social media accounts to discover an event’s location, and at times featured officers marching unclothed detainees in front of the media, public humiliation, and moralizing presentations of condoms as evidence of illegal behavior. Three police raids in 2017 shut down MSM HIV outreach “hot spots,” places where outreach workers would routinely meet and counsel MSM, as well as provide condoms and voluntary HIV tests. In at least two of the well-publicized raids, in Surabaya and West Java, police openly used condoms as evidence in exposing and humiliating MSM detainees in the media.

“It is devastating that these clubs have closed – they were the only places where we could find the community,” said an HIV outreach worker in Jakarta. “Clubs were hot spots for us because we knew that even the discreet guys felt safe about their sexuality inside, so we could do HIV testing and give condoms and they wouldn’t be scared to participate.” Another outreach worker said that “we see more and more MSM waiting to get really sick before they seek help or even ask questions about HIV.”

In December 2017, Indonesia’s constitutional court rejected a petition that had sought to criminalize sex outside of marriage as well as adult consensual same-sex conduct specifically, calling the case “legally unsound” and warning against over-criminalization. Meanwhile beginning in January 2018, versions of the draft Criminal Code that featured troubling proposed provisions on criminalizing consensual sexual relations began circulating through various parliamentary committees. The government representative on the drafting task force has since expressed opposition to outright criminalization of same-sex conduct, but sex outside of marriage remains a criminal offense in the draft.

After a February visit to Indonesia, the United Nations high commissioner for human rights stated that “LGBTI Indonesians already face increasing stigma, threats and intimidation. … The hateful rhetoric against this community that is being cultivated seemingly for cynical political purposes will only deepen their suffering and create unnecessary divisions.”

“The vitriolic anti-LGBT rhetoric from public officials that began in early 2016 effectively granted social sanction and political cover to violence and discrimination,” Knight said. “To correct its course, the government needs to uphold its commitments to ‘unity in diversity’ by halting and investigating unlawful police raids and ensure discrimination is not enshrined in its laws.”