(Washington) – Congressional efforts to draft a new version of a bill to repeal the Affordable Care Act may be just as threatening to women across the United States as the previous Republican-sponsored bill, Human Rights Watch said today, based on media reports that members of Congress have started new rounds of health care discussions.

Human Rights Watch published the accounts of several women who described their reliance on services that they received under the Affordable Care Act and that they would probably lose under proposals being discussed by House Republicans.

“The Affordable Care Act contains important protections for women’s health services,” said Amanda Klasing, senior women’s rights researcher at Human Rights Watch. “If Republicans revive their efforts to repeal it without protecting these provisions, they will put themselves on a path to reducing women’s access to vital health care services.”

The article includes short narratives drawn from conversations with women from Louisiana, Colorado, and Arizona whose access to the care they needed was tied to the Affordable Care Act, Medicaid expansion, and access to Planned Parenthood. They described the potential impact on their lives of eliminating these services.

The narratives help illustrate the complexities of women’s health needs and the extent to which many depend on protections provided under the Affordable Care Act, Medicaid expansion, and Planned Parenthood.

“I am terrified that Congress will take away Medicaid expansion because most people on Medicaid are like me, what I call the poor middle class,” said Jacquelyn of New Orleans. “We are people who have student debt and medical debt and who work 40 to 50 hours a week to keep our heads above water.”

The women who shared their stories sought care from a variety of health institutions. They needed a range of services, including treatment of conditions such as endometriosis, a painful condition in which uterine tissue grows outside the uterus, and ovarian cysts; testing for sexually transmitted diseases; contraception; cancer screening and preventive services; post-sexual assault services; hormone therapy; treatment for heart disease and chronic illness; and mental health services.

Under proposals currently being discussed by House Republicans, states could decide that insurers no longer had to provide coverage for most of these health needs, or could charge much higher premiums for coverage. Some of the women Human Rights Watch spoke to bought health insurance for the first time under the Affordable Care Act, which provided tax credits to offset the cost of insurance premiums.

As they attempt to revive the American Health Care Act, House Republicans are trying to decide just how much to cut and change the Medicaid program. One of the most important ways the Affordable Care Act succeeded in insuring more people was by expanding Medicaid to cover people with incomes of up to 137 percent of the federal poverty level. 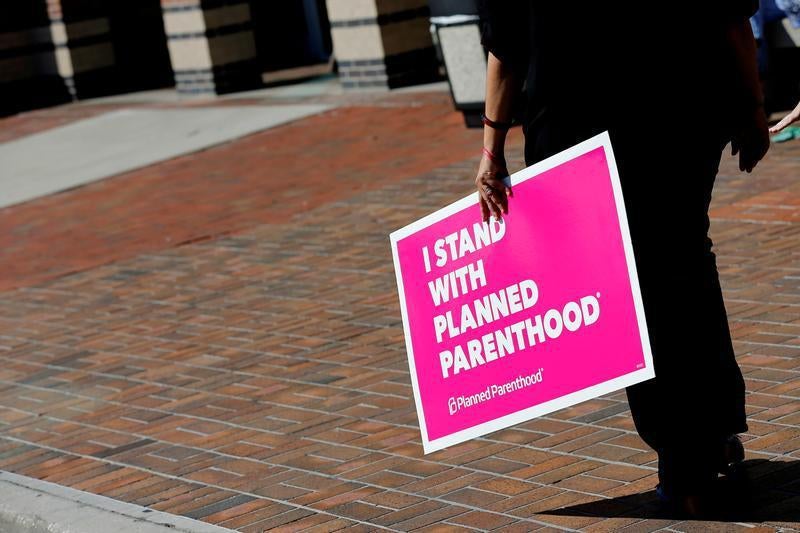 Many women in the US rely on the ACA and Planned Parenthood to provide health care for themselves and their families. Now they fear for the future.&#13;

Here Are Their Stories

Medicaid is fundamental for women’s health in the United States—covering roughly half of all births and 75 percent of public financing for family planning services, among other key women’s health services. Nearly half of low-income women in the US rely on Medicaid for health insurance, as do roughly one in three Black women, one in four Latina women, and one in five Asian and Pacific Islander women of reproductive age.

Health care coverage improved dramatically in many states that expanded Medicaid under the Affordable Care Act. In Louisiana, for example, more than 400,000 people have gained health insurance coverage since July 2016—more than 60 percent of them women. Some of the women Human Rights Watch featured have benefitted dramatically from Louisiana’s efforts and now fear that their ability to get health care will be taken away.

Many House Republicans appear to remain eager to continue their attack on Planned Parenthood through any repeal of the Affordable Care Act. Many favor a prohibition on Medicaid reimbursements for Planned Parenthood services. Planned Parenthood provides a broad range of essential health services, including safe, non-judgmental services for victims of sexual violence; screening for cancer, diabetes, and high blood pressure; vaccines; and other preventive health care.

“The GOP should stop its attempts to repeal the protections in the Affordable Care Act for women’s health and its efforts to hobble Planned Parenthood,” Klasing said. “The health, and lives, of women across the United States depend on the services their proposals would take away.”