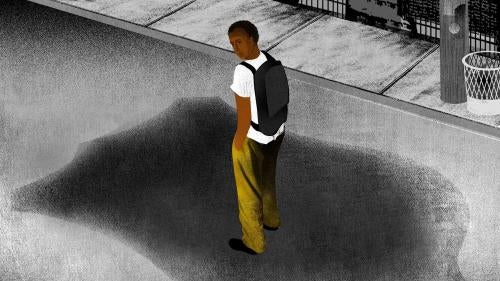 By John Raphling and Nicole Austin-Hillery

Millions around the world recoiled in horror this year as they watched the video of Minneapolis Police officers kneeling on top of George Floyd, limiting his breathing, as he begged for his life. One of the officers kept his knee on Floyd’s neck for more than eight minutes, killing him with callous disregard.

The video surfaced in late May as the Covid-19 pandemic was killing tens of thousands of people across the United States, disproportionately Black and brown, and devastating the economy. Millions took to the streets in the spring and summer of 2020, demanding not just accountability for the officers, but a complete reckoning with past and present harms done to Black people in the US by police and larger racist societal structures.

“Poverty is the worst form of violence,” said Mahatma Gandhi. Black people in the US disproportionately live in poverty. In 2019, Human Rights Watch released a case study of policing, race, and poverty in Tulsa, Oklahoma, which showed disparities typical in the US. Our researchers found a segregated city in which Black people had more than double the unemployment rate of white people, half the wealth, poorer education, inadequate access to healthy food, and an average lifespan more than 10 years shorter. At the same time, Black people in Tulsa experienced police violence, arrests, detentions, and searches at much higher rates than white people. Current conditions in Tulsa evolved from a long history of racial oppression, including the 1921 Race Massacre during which a mob of white men looted and burned down the thriving Black community of Greenwood, killing an estimated 300 Black people and stealing their wealth.

Historical wrongs, from slavery, to Jim Crow’s legalized segregation, to the dramatic increase in incarceration over the past 50 years, disproportionately targeting Black people and Black communities, mean Black people in the US today have shorter, less healthy lives, than white people. They have less access to power and wealth, and often live in fear of police, whose role serves to compound these racial divisions. The US government has not seriously addressed these harms; Black communities are generally neglected. Rather than invest in health care, education, and economic development that support Black and poor communities realizing their economic and social rights, local, state and federal governments have generally responded to societal problems with more police, prosecutions, and prisons. Disparate rates of Covid-19 infection and death, and the killings of Floyd, Breonna Taylor, Ahmaud Arbery and countless others in 2020, exposed these violent inequalities so starkly that some local governments considered reducing police funding in favor of more social services. Many sectors of US society made a point of acknowledging structural racism, while declaring their belief that “Black lives matter.”

These pronouncements and the newly found awareness of structural racism’s impact in the US need to result in substantive changes if they are to be more than symbolic acts of contrition. Federal, state, and local government should move beyond the mild reforms of the Justice in Policing Act and the Justice Act, which were considered but not passed in the US Congress in 2020, and reimagine public safety through the lens of community health. Neighborhoods with adequate housing, economic opportunity, supportive health services, and quality education best ensure safety. Neighborhoods lacking these basics are not improved by aggressive law enforcement. Much of the money spent on policing, prosecuting, and punishing is better invested in communities and directly addressing problems related to poverty.

The movement for reparations for slavery, segregation, and ongoing discrimination has gained momentum with the summer of protests. Resolving racial tensions and creating an equitable society cannot happen without understanding how past and current violent legal structures and institutions, such as slavery and mass incarceration, created the foundation for the inequalities that exist today, or without compensating for those harms. Accountability for police killings is a small piece of what is necessary. The US government and people must take the current and historical grievances of Black people seriously, and make amends. Justice requires it, and without justice, the upheavals of the summer of 2020 will not end.

The US stands at a historic crossroads. Its people and leaders can choose the path of justice and human rights—a framing that helps provide a roadmap for achieving racial justice—of unwinding mass incarceration and oppressive policing, while investing in supporting Black and low-income communities, of healing and repair. Or they can uphold racist societal structures, gloss them over with superficial reforms, deny history, and stay on this destructive course resulting from a continued refusal to act.