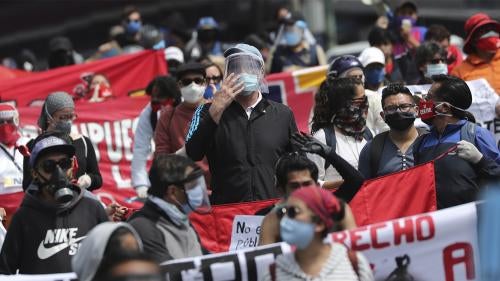 Since taking office in 2017, President Lenín Moreno has implemented policy changes aimed at repairing the damage suffered by democratic institutions during former President Rafael Correa’s decade in power. Reforms have restored the independence of key institutions, though implementation challenges remain.

Ecuador has been severely hit by Covid-19. A state of emergency with restrictions on movement, social gatherings, and travel that was declared to address it on March 16, 2020, was renewed through September 14, after which the Constitutional Court required a return to ordinary measures. Public health data suggest the number of Covid-related deaths is likely much higher than official counts. The pandemic has compounded existing economic difficulties; as a result, many are at risk of falling into poverty.

Ecuador continues to face significant human rights challenges, including with respect to judicial independence, excessive use of force by security forces, and protections for the right to privacy and the rights of indigenous people; women and children; lesbian, gay, bisexual and transgender (LGBT) people; and refugees. 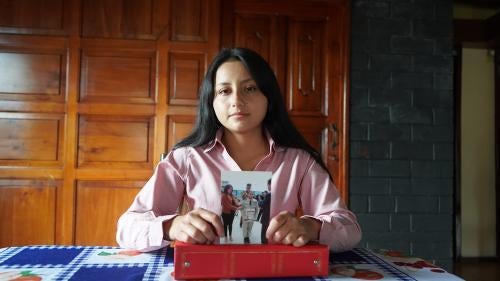 Corruption, inefficiency, and political interference have plagued Ecuador’s judiciary for years. During the Correa administration, high-level officials and Judiciary Council members interfered in cases affecting government interests, and in the appointment and removal of judges.

Under President Moreno, a transitional Council of Citizen Participation was tasked with evaluating the performance of key institutions and authorities, including the Judiciary Council, Constitutional Court, and Prosecutor’s Office.

However, problems remained, including a flawed Judiciary Council process to select, evaluate, and appoint temporary National Court of Justice judges, allegations of improper pressure exerted by government officials on courts, and claims of lack of due process in high profile corruption cases.

On March 17, 2020, the Judiciary Council responded to the Covid-19 pandemic by closing most of its offices, except for those handling “flagrant” criminal matters, domestic violence, traffic violations, and juvenile offenders. The council adopted measures, such as virtual hearings, after the Constitutional Court ordered the council to guarantee access to justice. However, challenges accessing justice remain.

On August 23, 2020, the Constitutional Court took a step toward dismantling the legal framework that allowed for interference in the judiciary. The court ruled that the Judiciary Council—which had generally been empowered to suspend or remove justice officials—cannot sanction a judge, prosecutor, or public defender without a prior judicial decision establishing justice officials had in fact acted with “criminal intent, evident negligence” or had committed an “inexcusable error.”

Use of Force by Security Forces

After protests erupted on October 3, 2019, Ecuador’s police used indiscriminate force, including firing teargas that damaged demonstrators’ eyes and caused asphyxiation. Of the 11 people who died in the context of the protests, at least 4 appear to have been killed by security forces. Protesters committed serious crimes against police and vandalized public and private property. At time of writing, investigations were ongoing.

On May 14, 2020, police in Guayaquil used excessive force, beating and injuring peaceful demonstrators protesting the government’s handling of the Covid-19 pandemic.

The Defense Ministry adopted a resolution on May 29, 2020, giving the military broad powers to use lethal force and to participate in security operations at demonstrations and meetings. The Constitutional Court held a public hearing on the measure on August 3, and at time of writing, was considering its constitutionality.

Overcrowding and other poor conditions, violence, and inadequate health care are longstanding problems in prisons. Media reported that prisons are severely understaffed, with only 1,447 guards for 53 detention centers holding 37,500 detainees. The Covid-19 outbreak exacerbated problems, infecting detainees in overcrowded cellblocks. Several reportedly died. On June 26, 2020, President Moreno decreed that prisoners from specific at-risk groups could serve time under house arrest. As of June, 26, 971 had left the prisons and most of them were under house arrest or conditional release.

On August 3, 2020, a prisoner uprising at the Litoral Prison in Guayaquil and the official response left at least 11 prisoners dead, according to official reports. Days later, a key witness in a corruption case was killed there, and two detainees died in a prison in Cotopaxi. President Moreno decreed a state of emergency in all prisons and sent the military to participate in law enforcement operations inside prisons.

To monitor compliance with Covid-19 quarantine measures, identify people who may have come into contact with an infected person, and pinpoint large gatherings, the Ecuadorean government rolled out a number of initiatives that used mobile location data and other personal data. The initiatives, which included satellite tracking of people suspected of having Covid-19, the development of a self-reporting application, and a database to analyze data from several sources, involve not only collection but aggregation, processing, and sharing, and could lead to the misuse of data and breaches of privacy.

In September 2019, President Moreno, moved by a major breach of citizens’ personal data, sent a draft data protection law to the National Assembly. At time of writing, it had not been adopted.

In 2018, legislators amended a 2013 communications law eliminating the Superintendency of Information and Communication (SUPERCOM), a regulatory body that had been used to harass and sanction independent media outlets. But the amended law includes problematic provisions, including treating “communications” as a “public service” and establishing an unrestricted right to a published correction and an opportunity to respond.

Constitutionally, indigenous peoples have a collective right to “free prior informed consultation” regarding nonrenewable resources on their lands and projects that could affect them environmentally or culturally. In July, 2020, the Constitutional Court ruled in favor of indigenous communities in the Amazon region that had complained about the imposition of a protected forest in their territory without prior consultation and the militarization of their communities.

Media reported an increase in confirmed Covid-19 cases in the Amazon region, but official data do not include specific information about impacts on ethnic groups and indigenous communities. On June 18, 2020, a judge ordered the Ministry of Health to send medical personnel and equipment to respond to an outbreak in Waorani indigenous communities.

A 2019 government survey revealed high rates of gender-based violence, with 65 percent of women affected during their lifetimes. The 911 emergency number reported 38,288 calls linked to violence against women between March 12 and July 20, 2020, receiving 290 calls a day on average. From January through October 4, 2020, Ecuador reported 81 femicides—defined by the Criminal Code as murders of women based on their gender.

In December 2019, the United Nations special rapporteur on violence against women expressed concern about the high rates of rape and sexual violence against young girls and adolescents in educational settings and at home. From 2014 to May 2020, Ecuador’s Ministry of Education received 3,607 complaints of school-related sexual violence, affecting 4,221 students enrolled in pre-school, primary, and secondary school.

The right to seek an abortion is limited to instances in which a pregnancy endangers the pregnant person’s health or life, or results from the rape of someone with a psychosocial disability. Pregnant people face many barriers to accessing legal abortion and post abortion care, including criminal prosecution, stigmatization, and mistreatment. The National Assembly rejected a proposal in 2019 to decriminalize abortion in all cases of rape or severe fetal impairment. For illegal abortions, the maximum prison sentence is two years.

On August 25, 2020, the National Assembly approved a draft health code that prohibited delaying emergency health care for any reason, including healthcare workers’ assertion of conscientious objection, and reiterated the duty of healthcare professionals to respect medical confidentiality, including in cases of an obstetric emergency. On September 25, 2020, President Moreno announced he had vetoed the bill in its entirety.

The health bill that President Moreno vetoed would have reinforced a criminal code prohibition on conversion therapy, criminally sanctioning any attempt to change a person’s sexual orientation or gender identity. It would have also protected intersex children, by prohibiting medical procedures that violate the personal integrity of those who have not reached puberty.

As of August 2020, there were 362,862 Venezuelan migrants and refugees living in Ecuador. The pandemic has precipitated the departure from Ecuador of many Venezuelans who are returning to their country because they lack access to food and employment and often cannot afford to pay rent. Xenophobia against Venezuelans remains a serious concern.

In 2010, a truth commission created by the Correa administration to investigate government abuses from 1984 to 2008 documented gross human rights violations against 456 victims. To date, final rulings have been rendered in only two cases. Others appear to be stalled.

President Moreno showed interest in rebuilding relations with human rights protection mechanisms. In September 2019, the UN special rapporteur on the right to health visited Ecuador, followed by a delegation of the Inter-American Commission on Human Rights (IACHR) and another of the UN Office of the High Commissioner on Human Rights (OHCHR). In November 2019, the UN special rapporteur on violence against women visited.

UN rapporteurs issued final reports in May 2020, after their visit, urging enhanced efforts to address gender-based violence and child and adolescent pregnancy.

The OHCHR and the IACHR reported, in November 2019 and January 2020, respectively, lootings and vandalism during the October 2019 protests, but concluded that security forces had used excessive force and called for independent and impartial investigations. The government contested the IACHR report as partial and biased, but said it would implement “feasible” recommendations.

In March 2020, the IACHR held a public hearing on the case of 53 legislators who claim they were arbitrarily removed from their congressional seats during the Correa administration after they opposed the government’s effort to draft a new constitution in 2007. The legislators were suspended for a year and argued their political rights were violated. At time of writing, a decision was pending.

In its first-ever case on school-related sexual violence—the Guzmán Albarracín case—the Inter-American Court of Human Rights (IACtHR) ruled on June 24, 2020, that Ecuador had failed in its obligation to protect children from sexual violence—especially violence perpetrated by government officials in state institutions. President Moreno committed to complying with the IACtHR’s sentence and to eradicating sexual violence in Ecuador’s educational institutions.

On November 25 and 26, 2019, the IACtHR held a public hearing on the disappearance of a patient from a public psychiatric hospital in Quito. A ruling was pending at time of writing.