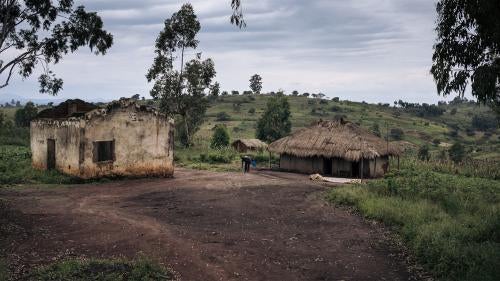 Human rights in the Democratic Republic of Congo under President Felix Tshisekedi took a downturn in 2020, against the backdrop of the gains made during his first year in office. Congolese authorities cracked down on peaceful protesters, journalists, and politicians, while using state of emergency measures temporarily imposed due to the Covid-19 pandemic as a pretext to curb protests.

In July, Gen. John Numbi, who was implicated in the double murder of prominent human rights defender Floribert Chebeya and his driver Fidèle Bazana in 2010, was removed as inspector general of the army. While this was a positive step, Tshisekedi replaced Numbi with Gen. Gabriel Amisi, who has also long been involved in serious human rights abuses in eastern Congo. Other senior officers known for their involvement in serious abuses or under international sanctions have also been promoted, further undermining prospects of reform within the security apparatus, which is still firmly controlled by former President Joseph Kabila. Other reforms have been held back by infighting within the already troubled ruling coalition, formed by Tshisekedi and Kabila, whose political force controlled the parliament and most provinces. The collapse of the ruling coalition in December escalated the power struggle.

Allegations persisted over corruption within Tshisekedi’s inner circle. On June 20, Vital Kamerhe, Tshisekedi’s former chief of staff, was found guilty of embezzlement and corruption, becoming the most senior politician in Congo ever to be prosecuted on graft charges. He was sentenced to 20 years in prison. Many other senior figures implicated in corruption in recent years were not investigated, casting doubts over the real motives behind Kamerhe’s prosecution.

In eastern Congo, numerous armed groups, and in some cases government security forces, attacked civilians, killing and wounding many. Some of the worst violence took place in Ituri, where ethnic Lendu-led militia have killed hundreds of mostly Hema villagers and forced hundreds of thousands out of their home. The humanitarian situation in the country remained alarming, with 5.5 million people internally displaced. Nearly 930,000 people from Congo were registered as refugees and asylum seekers in at least 20 countries as of November. 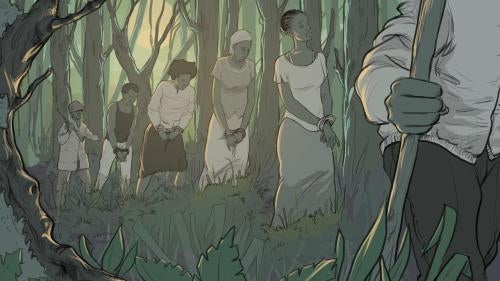 Dozens of people who criticized government policies, including on social media, were intimidated and threatened, beaten, arrested, and in some cases prosecuted. Particularly targeted by authorities across the country, journalists faced threats and harassment, and some broadcast programs or outlets were shut down upon instructions from officials.

Between March and July, as large public gatherings were banned under the state of emergency aimed at stopping the spread of Covid-19, security forces used excessive and often lethal force to break up demonstrations.

On July 9, as mass protests took place in several cities against the appointment of a new president for the electoral commission, police killed at least one demonstrator in the capital, Kinshasa, and two in the southern city of Lubumbashi. Scores more were injured. In the following days, the bodies of four members of Tshisekedi’s political party were found in Lubumbashi—three were floating in a river—in apparent murders.

Non-state armed groups and government forces killed at least 1,300 civilians in separate conflicts between October 2019 and June 2020, according to the United Nations High Commissioner for Human Rights. Hundreds more were killed in the second half of the year. In many instances, armed assailants were responsible for sexual violence against women and girls.

More than 130 armed groups were active in eastern Congo’s North Kivu, South Kivu, and Ituri provinces, attacking civilians. The groups included the mainly ethnic Lendu association of militia Cooperative for the Development of Congo (CODECO); the largely Ugandan Allied Democratic Forces (ADF); the Nduma Defense of Congo-Renové (NDC-R); the largely Rwandan Democratic Forces for the Liberation of Rwanda (FDLR) and allied Congolese Nyatura groups; the Mazembe and Yakutumba Mai Mai groups; and several Burundian armed groups. Many of their commanders have been implicated in war crimes, including ethnic massacres, rape, forced recruitment of children, and pillage.

The Congolese security forces conducted simultaneous operations against armed groups in eastern Congo, with mixed results and at times using militia as proxy forces against other groups.

According to the Kivu Security Tracker, which documents violence in eastern Congo, assailants, including state security forces, killed more than 1,500 civilians and kidnapped for ransom more than 570 others in North Kivu and South Kivu. Violence escalated in parts of Ituri province, where killings have been unrelenting. Beni territory, North Kivu province, also remained an epicenter of violence, with at least 645 civilians killed in more than 165 attacks by various groups, including the ADF.

Several thousand fighters from various armed groups surrendered throughout the year, but many have returned to armed groups as the authorities failed to take them through an effective Disarmament, Demobilization, and Reintegration (DDR) program.

Tshisekedi tasked his administration with delivering a proposal for transitional justice mechanisms but he has yet to fully commit to ending impunity for past and current serious crimes. Some of the military courts and other tribunals adjudicating cases of war crimes and crimes against humanity face serious shortcomings.

In November, a military court in Goma found Ntabo Ntaberi Sheka, the former leader of the Nduma Defense of Congo (NDC) armed group, guilty of seven counts of war crimes, including mass rape and sexual slavery, murder, pillage, and recruitment of child soldiers. He was sentenced to life in prison. Sheka was implicated in numerous atrocities in eastern Congo, and had been sought by Congolese authorities since 2011. He surrendered to the UN peacekeeping mission in Congo (MONUSCO) in July 2017.

In February, the administration suspended and opened an investigation into Gen. Delphin Kahimbi, then head of military intelligence with a long history of human rights abuses. But hours after a round of questioning, he died under mysterious circumstances in his home. His death is a missed opportunity for justice for his victims.

The trial for the murders of UN investigators Michael Sharp and Zaida Catalán, and the disappearance of the four Congolese who accompanied them in March 2017 in the central Kasai region, which started in June 2017 before a military court, was ongoing at time of writing, with no substantial progress made.

On March 28, Gédéon Kyungu, a notorious warlord responsible for atrocities in the southern region of Katanga, escaped from house arrest in Lubumbashi after dozens of his militiamen entered the city and other towns in the region. His whereabouts remain unknown.

Militia leader Guidon Shimiray Mwissa, wanted by Congolese authorities for participating in an insurrection, recruiting child soldiers, and committing crimes against humanity by raping girls and women remains active in North Kivu, commanding a faction of the Nduma Defense of Congo-Rénové (NDC-R). The group—which received some material support from Congolese army units—split in two in July, triggering an open conflict between both rival factions. Until then, the NDC-R controlled more ground than any other armed group in eastern Congo. In September, the Congolese army launched military operations against Guidon’s wing.

A trial for the December 2018 Yumbi killings in the country’s northwest—in which at least 535 people were killed—had yet to start at time of writing.

On September 3, police officer Christian Ngoy Kenga Kenga, implicated in the double murder of Chebeya and Bazana in 2010, was arrested in Lubumbashi and transferred to Kinshasa’s military prison.

Congolese health officials confirmed more than 11,500 Covid-19 cases across 22 provinces as of November 7, 2020, with 315 deaths. However, the number of cases is likely higher given the limited testing capacity.

Between March 24 and August 15, the Congolese government imposed state of emergency measures to curb the spread of the virus. Borders were shut, large gatherings were banned, and schools, restaurants, bars, and places of worship were closed. School closures affected about 19 million children.

On March 30, the police killed at least 3 people and wounded 11 others, according to a UN source, when they fired live rounds at members of the Bundu dia Kongo politico-religious movement who were demonstrating in Kinshasa to “chase the spirit of the coronavirus.”

On July 14, the Congolese government ordered copper and cobalt mining companies to stop confining workers on site as they restricted movements due to Covid-19. In many cases workers were given no choice but to either stay and work—confined on site 24 hours a day, seven days a week—or lose their jobs.

On June 30, Belgium’s King Philippe expressed his “deepest regrets” for the “past injuries” inflicted on the Congolese during 75 years of colonial rule. A parliamentary commission was set up to examine Belgium’s colonial past.

In August, the United States resumed its military cooperation with Congo, suspended in 2018 as Congo’s army was found to support armed groups known for child recruitment.

The European Union renewed in December targeted financial and travel sanctions against 11 senior Congolese officials. Later that month, the UN Security Council adopted a resolution extending the mandate of MONUSCO for another year. However, the mission is working towards a transition program that would ensure its exit within the next few years.