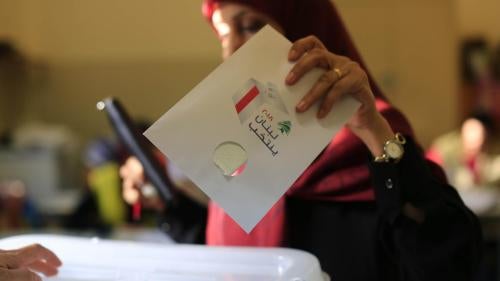 Lebanon held parliamentary elections in May 2018, the first such elections since 2009. Most political parties failed to make public commitments to strengthen human rights protections. Longstanding human rights violations persisted throughout the year.

There are approximately 1.5 million Syrian refugees in Lebanon; however, 74 percent lack legal status. Authorities heightened calls for the return of refugees in 2018 and municipalities have forcibly evicted thousands of refugees.

Children with disabilities are often denied admission to schools. In 2018, 300,000 refugee children were out of school.

Security forces shut down Beirut Pride events and disrupted a gender and sexuality conference, but in a positive development, for the first time a district court of appeal found that consensual sex between people of the same sex is not unlawful.

Human Rights Watch continued to document reports of torture by Lebanese security forces, including Internal Security Forces, State Security, and the Lebanese Armed Forces. A prominent actor who was falsely accused of spying for Israel said in March that State Security held him for six days in 2017 at what appeared to be an unofficial detention site, where men tortured him. A military judge closed the case against him in May, but did not investigate his allegations of torture.

In 2017, parliament passed a new anti-torture law that, while a positive step, falls short of Lebanon’s obligations under international law. In 2016, parliament passed legislation creating a national preventative mechanism to monitor and investigate the use of torture. However, Lebanon has still not established the mechanism or allocated funding.

A pattern of prosecutions for criticizing officials is threatening freedom of speech and opinion in Lebanon. In 2018, authorities continued to detain and charge individuals for speech critical of government officials. The Internal Security Forces’ cybercrimes bureau has summoned activists for interrogations for social media posts criticizing officials and compelled them to sign commitments to cease their criticisms.

Defaming or criticizing the Lebanese president or army is a criminal offense carrying penalties of up to three years in prison. The Lebanese penal code also criminalizes libel and defamation, authorizing imprisonment of up to three months, and up to one year in the case of public officials.

Lebanon continues to try civilians, including children, in military courts, in violation of their due process rights and international law. Military trials take place behind closed doors, and military judges are not required to have law degrees. Those who have stood trial in the military courts describe incommunicado detention, the use of confessions extracted under torture, decisions issued without an explanation, seemingly arbitrary sentences, and a limited ability to appeal.

In 2018, the United States handed over eight Lebanese Islamic State suspects from northern Syria to Lebanese Military Intelligence to be prosecuted before military courts. According to local media, Military Intelligence held them for over a month without any communication with their families or judicial authorities.

Women continue to face discrimination under the 15 distinct religion-based personal status laws. Discrimination includes inequality in access to divorce, child custody, and property rights. Unlike men, Lebanese women also cannot pass on their nationality to foreign husbands and children, and are subject to discriminatory inheritance laws.

In 2017, Lebanon’s parliament repealed article 522, which had allowed rapists to escape prosecution by marrying the victim, but left a loophole with regard to offences relating to sex with children aged 15-17 and sex with virgin girls with promises of marriage.

A lack of coordination in the government’s response to sex trafficking continues to put women and girls at risk.

Lebanon has no minimum age for marriage for all its citizens. Instead, religious courts set the age based on the religion-based personal status laws, some of which allow girls younger than 15 to marry. Parliament has failed to take up draft bills that would set the age of marriage at 18.

A 2014 Law on the Protection of Women and Family from Domestic Violence established important protection measures and introduced policing and court reforms. But it failed to criminalize all forms of domestic violence, including marital rape. Some women continued to face obstacles in pursuing criminal complaints of domestic violence.

Adultery is criminalized under Lebanon’s penal code. Furthermore, article 534 of the penal code punishes “any sexual intercourse contrary to the order of nature” with up to one year in prison.

In July, a district court of appeal issued a groundbreaking ruling that consensual sex between people of the same sex is not unlawful. This follows four similar judgments from lower courts declining to convict gay and transgender people under article 534 since 2007.

The kafala (sponsorship) system subjects them to restrictive immigration rules under which they cannot leave or change employers without permission of their employer, placing them at risk of exploitation and abuse.

More than 1 million Syrian refugees are registered with the United Nations High Commissioner for Refugees (UNHCR) in Lebanon. The government estimates the true number of Syrians in the country to be 1.5 million.

Lebanon’s residency policy makes it difficult for Syrians to maintain legal status, heightening risks of exploitation and abuse and restricting refugees’ access to work, education, and healthcare. Seventy-four percent of Syrians in Lebanon now lack legal residency and risk detention for unlawful presence in the country. In March, Lebanon lifted some restrictions to residency for Syrian refugee children age 15-18.

In 2017, Lebanese authorities stepped up calls for refugees to return to Syria and put pressure on UNHCR to organize returns despite the ongoing conflict in Syria and well-founded fears of persecution held by many refugees.

Lebanese authorities estimated that from July to November, between 55,000 and 90,000 refugees returned to Syria under localized agreements not overseen by UNHCR. Refugees have said they are returning because of harsh policies and deteriorating conditions in Lebanon, not because they think Syria is safe. On November 3, the Minister for Refugee Affairs said that about 20 refugees, including at least 2 children, have been killed by Syrian regime forces since their return.

Municipalities in Lebanon have forcibly evicted thousands of refugees in mass expulsions without a legal basis or due process. Tens of thousands remain at risk of eviction.

In 2018, Lebanon continued to impose entry regulations on Syrians that effectively barred many asylum seekers from entering Lebanon.

More than 300,000 school-age Syrian children were out of school during the 2017-2018 school year, largely due to parents’ inability to pay for transport, child labor, school directors imposing arbitrary enrollment requirements, and lack of language support. Secondary-school age children and children with disabilities faced particular barriers.

Children with disabilities are often denied admission to schools and for those who manage to enroll, most schools do not take reasonable steps to provide them with a quality education. On May 22, the Ministry of Education and Higher Education launched an inclusive education pilot program targeting 30 public schools, the terms of the program however only included children with certain types of disabilities.

Lebanon continues to face a waste management crisis but, in a positive development, parliament passed a national solid waste management law in September. There are hundreds of open dumps across the country, many of which are being burned, posing a range of health risks to residents, especially children and older persons. Open burning disproportionately affects poorer areas of the country.

In January, Cabinet passed a summary waste management plan and, in February, it allocated US$20 million to begin closing or rehabilitating some open dumps.

An estimated 17,000 Lebanese were kidnapped or “disappeared” during the 1975-1990 civil war. On November 12, parliament passed a landmark law creating an independent national commission to investigate the fate of the disappeared. Article 27 of the law states that those found responsible for the disappearances will be held accountable.