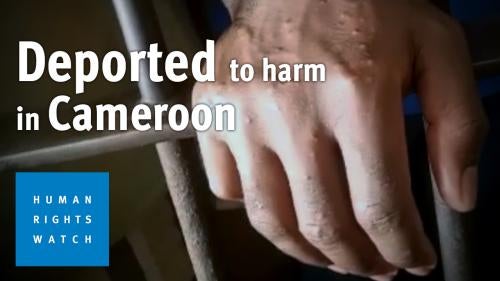 The 149-page report, “‘How Can You Throw Us Back?’: Asylum Seekers Abused in the US and Deported to Harm in Cameroon,” traces what happened to the estimated 80 to 90 Cameroonians deported from the United States on two flights in October and November 2020, and others deported in 2021 and 2019. People returned to Cameroon faced arbitrary arrest and detention; enforced disappearances; torture, rape, and other violence; extortion; unfair prosecutions; confiscation of their national IDs; harassment; and abuses against their relatives. Many also reported experiencing excessive force, medical neglect, and other mistreatment in Immigration and Customs Enforcement (ICE) custody in the US.