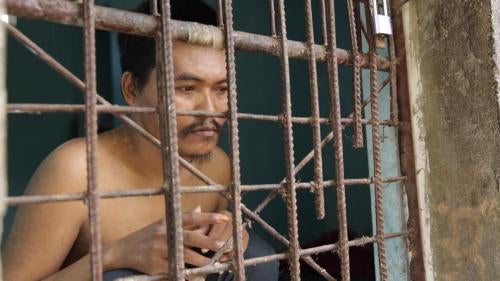 (London, October 6, 2020) – Hundreds of thousands of people with mental health conditions are shackled around the world, Human Rights Watch said in a report released today. Men, women, and children, some as young as 10, are chained or locked in confined spaces for weeks, months, and even years, in about 60 countries across Asia, Africa, Europe, the Middle East, and the Americas. The 56-page report, “Living in Chains: Shackling of People with Psychosocial Disabilities Worldwide,” examines how people with mental health conditions are often shackled by families in their own homes or in overcrowded and unsanitary institutions, against their will, due to widespread stigma and a lack of mental health services. Many are forced to eat, sleep, urinate, and defecate in the same tiny area. In state-run or private institutions, as well as traditional or religious healing centers, they are often forced to fast, take medications or herbal concoctions, and face physical and sexual violence. The report includes field research and testimonies from Afghanistan, Burkina Faso, Cambodia, China, Ghana, Indonesia, Kenya, Liberia, Mexico, Mozambique, Nigeria, Sierra Leone, Palestine, the self-declared independent state of Somaliland, South Sudan, and Yemen.