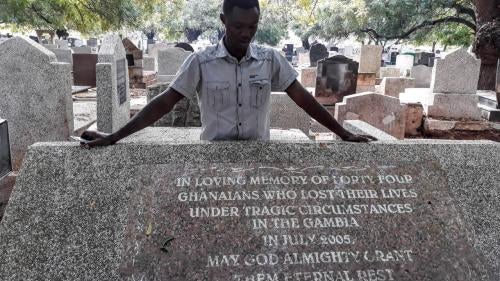 Interviews with 30 former Gambian officials, including 11 officers directly involved in the incident, reveal that the migrants, who were bound for Europe but were suspected of being mercenaries intent on overthrowing Jammeh, were murdered after having been detained by Jammeh’s closest deputies in the army, navy, and police forces. The witnesses identified the “Junglers,” a notorious unit that took its orders directly from Jammeh, as those who carried out the killings.