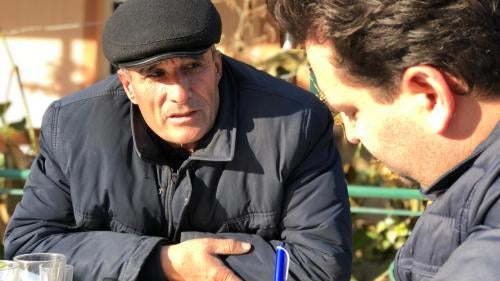 Two years after assuming the presidency following the death of Uzbekistan’s long-serving leader Islam Karimov, President Shavkat Mirziyoyev continued to take some promising steps to reform the country’s awful human rights record. During 2018 a detained journalist and other long-serving political prisoners were released, there was an increasingly vibrant media environment, evidence the government was working to combat forced labor in the cotton sector, and several cases where local officials were held accountable for abusive or corrupt actions following vigorous online debate.

At the same time, the Uzbek government remained authoritarian and many promising reforms are yet to be implemented. The security services’ powers remain deep and vast, free elections and political pluralism are distant dreams, and there are still thousands of people in prison on politically motivated charges.

While the releases raised hopes that the Uzbek government was making efforts to reform, authorities did not provide persons released on politically motivated charges with avenues for legal redress, including overturning unlawful convictions, nor access to adequate medical treatment. Rights activists also urged the government to amend its criminal code provisions relating to extremism that are commonly used to criminalize dissent (articles 159, 216, 244-1, and 244-2 of the Criminal Code), and bring them into compliance with Uzbekistan’s international human rights obligations.

In March, authorities told Human Rights Watch that they had stopped using Article 221 of Uzbekistan’s Criminal Code regarding “violations of prison rules” to arbitrarily extend the sentences of political prisoners. They have also reportedly released from prison hundreds of “independent” Muslims—individuals who practice Islam outside strict state controls—but did not provide access to a list of all persons serving sentences on charges of extremism to verify who had been released or not.

Also in March, President Mirziyoev issued a decree transferring responsibility for a range of issues from the repressive National Security Service (SNB) to the Interior Ministry (MVD) and the Ministry of Defense. This decree came after the January dismissal of SNB Chairman Rustam Inoyatov, one of the most powerful officials in Uzbekistan, and head of the SNB since 1995. The SNB was renamed the State Security Service (SGB).

In May, following a trial observed by journalists and human rights monitors, a court conditionally released but still fined independent journalist Bobomurod Abdullaev who had been detained in September 2017 and then allegedly tortured in pre-trial detention on charges of attempting to overthrow the government. While the trial set a precedent for its degree of openness and transparency, authorities have not investigated Abdullaev’s credible allegations of severe torture. He has also reported being subjected to surveillance by security services on several occasions since the trial.

Thousands of individuals imprisoned on politically motivated charges remained behind bars. Among them are scholars Andrei Kubatin, Akrom Malikov, Rustam Abdumannapov, Jamoliddin Abdurakhmanov; Mirsobir Hamidkariev, a film producer; Aramais Avakyan, a fisherman; Ruhiddin Fahriddinov (Fahrutdinov), an independent cleric; Jahongir Kulidzhanov, a religious believer; Ravshan Kosimov, Viktor Shin, and Alisher Achildiev, soldiers; Nodirbek Yusupov, a deportee from the US; and Aziz Yusupov, the brother of a Radio Free Europe/Radio Liberty journalist. Some of them, including Kubatin and Fahriddinov have been subjected to torture.

In June, several security agency officers were sentenced for their role in the torture and death in custody of Ilhom Ibodov, a Bukhara entrepreneur, in 2015.

Civil Society and Freedom of Expression

Freedom of speech and of the press have improved under Mirziyoyev but remain restricted. With 56 percent of the population under 30 years old and increasing numbers of mobile internet users, both Uzbek and Russian-language online media are experiencing a period of growth and change. The president has urged the media not to hold back in addressing urgent social issues. Some journalists are now covering sensitive issues such as forced labor and corruption that were previously taboo, helping bring to the fore cases of injustice or wrongdoing by officials.

Yet much of the media remained under state control, and censorship is the norm. Journalists self-censor, unclear where the “red lines” are. Much of the internet remains blocked, and several pioneering online outlets such as kun.uz, xabar.uz, and qalampir.uz, were unavailable for a period in June and July. Facebook and YouTube were blocked for periods in August through November.

Voice of America’s correspondent received accreditation in June. But at time of writing the government had still not granted accreditation for the BBC’s local correspondent, despite promising to extend it to him since June 2017. Radio Free Europe remained unable to operate in Uzbekistan. In September, authorities detained at least eight conservative bloggers, allegedly for their views advocating a greater role for Islam in Uzbek society. Authorities denied several of them access to lawyers and sentenced some up to 15 days of administrative detention.

Authorities have slightly relaxed restrictions on the holding of modest peaceful demonstrations. But several participants in small-scale demonstrations held near the president’s residence or the Prosecutor-General’s office were detained. In July, a group of 30 women were detained outside the president’s residence during a peaceful protest. Six of the 30 were charged with “hooliganism” and held for ten days.

In June, the Justice Ministry announced a new law on NGOs that would relax procedures for registration, including by eliminating the requirement NGOs receive and hold funds in only two state-approved banks. The NGO law also purported to overturn the June 2015 law that severely restricted NGO activities by requiring organizations to receive advance permission from authorities when holding virtually any activity or meeting. However, even under the amendments registered NGOs are still required to provide advanced notice before holding events or meetings and civil society activists reported that during the year the law was not effectively implemented. They reported that local Justice Ministry officials have discouraged the registration of new organizations that focus on politically-sensitive issues.

In August, the Justice Ministry registered the American educational exchanges NGO ACCELS—the first American NGO to receive registration in 15 years. While able to freely visit the country and conduct research, Human Rights Watch remained unable to register due to a 2011 Supreme Court decision which remained in effect. Rights activists have urged the Uzbek government to overturn the decision.

In September, authorities fined rights activist Agzam Turgunov and refused him an exit visa, allegedly for filming police action during a peaceful protest.

In October, the President dismissed the deputy prime minister Zoyir Mirzayev after an image appeared on social media of local officials and farmers apparently being forced to stand knee-deep in the cold water of an irrigation ditch. Mirzayev was present when an official punished the men for poor harvest results, prompting online anger at their humiliation. An eyewitness told Radio Free Europe’s Uzbek service that the official had “berated the men, saying ‘if you can't water the wheat, then I'll water you!’ - then forced them into the ditch, where they remained for half an hour for failing to water the wheat fields on time.” At the same time, a social media campaign began where Facebook users posted photographs of themselves standing in irrigation ditches in order to raise awareness of the abuse. Mirzayev was reappointed to a lesser position of the head of a district in the Jizzak region several weeks later.

Various authorities continued to mobilize some public sector workers, students and employees of private businesses to pick cotton on threat of punishment or loss of employment. In various regions such as Khorezm, public sector workers were forced to sign forms that they would pick a minimum amount of cotton.

The International Labour Organization, which found that over 300,000 persons had picked cotton involuntarily during the 2017 harvest, continued to conduct monitoring in the country’s cotton fields. It excluded from its monitoring teams officials from Uzbekistan’s state-aligned Federation of Trade Unions, whose participation in previous monitoring led to concerns that the monitoring may have not been genuinely independent.

In February, following an earlier mission to Uzbekistan, Ahmed Shaheed, the UN special rapporteur on freedom of religion or belief, issued a report that expressed concerns over limits on religious freedom and “extreme surveillance” of all religious practices that lead to bogus charges of terrorism. He urged authorities to substantially revise the 1998 religion law, make registration of religious organizations optional, “respect the liberty of parents to provide a religious education to their children,” and review the arbitrary jail sentences of alleged “religious extremists.” Following the issuance of the report, the Uzbek government adopted a roadmap to implement his recommendations.

In May, Uzbekistan underwent the third cycle of the Universal Periodic Review at the United Nations Human Rights Council. Several delegations called on Uzbekistan to release wrongfully imprisoned persons, to address torture and ill-treatment in detention and to revise the Criminal Code to bring it in line with international standards, including by repealing the provision that criminalizes consensual sexual relations between men.

In July, the US State Department’s trafficking-in-persons report elevated Uzbekistan from a “Tier III” to “Tier II watch list” country, citing the government’s efforts to combat forced and child labor in the country’s cotton sector. The US State Department, however, upgraded Uzbekistan in relation to the International Religious Freedom report, removing it for the first time in twelve years from the list of “countries of particular concern”—states which commit serial violations of religious freedom—and placed it on a watchlist. The State Department made this designation over the objection of the US Congress, whose Commission on International Religious Freedom recommended that Uzbekistan stay on the list.

The EU stated in its annual report on human rights and democracy that Uzbekistan’s human rights record has been following a “positive trajectory.” The EU welcomed Uzbek authorities’ increased efforts to fight corruption, strengthen transparency, cease malpractices in prisons and detention centers, grant citizenship to stateless persons, and called for improvements in certain areas including the “arbitrary extension of prison sentences,” “restrictions in the areas of freedom of expression, information, religion, assembly and association,” excessive regulation of NGO activities, and the prevalence of forced labor.

In July, the EU decided to negotiate an Enhanced Partnership and Cooperation Agreement with Uzbekistan that would upgrade political and economic relations with the EU. The future agreement would also cover issues like rule of law, justice, and human rights.