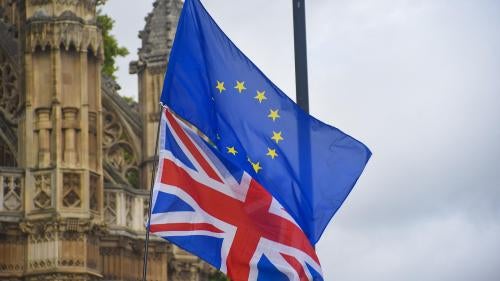 The UK’s planned exit from the EU (Brexit) in March 2019 continued to dominate public life and overshadow other pressing human rights concerns. The EU and UK government reached provisional agreement in November on a treaty covering the transition period following the UK’s departure from the EU in 2019. They also agreed a draft political declaration on future relations that included a commitment to human rights. But at time of writing it was not clear if the treaty would be approved by the UK parliament, leaving open the possibility the UK would leave in 2019 without an agreement, which would carry risks for human rights, including uncertainty regarding the future residence rights of EU citizens living in the UK and of UK citizens living in EU countries post-Brexit.

A June 2018 law to incorporate EU law into domestic law when the UK leaves the EU was criticized for omitting the EU Charter of Fundamental Rights, leaving it open to a future UK government to weaken employment and other rights protections derived from EU law.

There were significant developments regarding UK complicity in the CIA-led torture and secret detention. In May, the prime minister apologized unreservedly to a Libyan couple for the UK’s role in their 2004 rendition to Libya. In June, a parliamentary committee published two reports containing its findings into allegations of UK complicity more widely. The committee found actions the UK took and tolerated between 2001 and 2010 to have been “inexcusable.”  There were fresh calls from NGOs and some politicians for a full judicial inquiry into the issue. At time of writing, no one in the UK had been charged with a crime in connection with the abuses.

The UK persisted in not imposing a maximum time limit for immigration detention, and continued to detain asylum-seeking and migrant children. Data published in November showed the government had relocated only 220 unaccompanied children from other EU countries out of a target 480. The UK had resettled only 417 refugee children under a 2016 pledge to accept 3,000 such children from conflict zones in the Middle East and Africa.

The UK Supreme Court ruled that Northern Ireland’s strict abortion law violates the right to personal integrity protected by the European Convention on Human Rights, though the court dismissed the case in question on technical grounds. A private members bill introduced in the House of Commons in October called for decriminalization of abortion throughout England, Wales, and Northern Ireland.

The public inquiry into a 2017 fire that destroyed a London apartment block, killing 71 and leaving hundreds homeless, continued its work, amid concerns about whether victims can participate fully in the process. A criminal investigation into the fire was ongoing at time of writing.

A draft counterterrorism law approved by the parliament’s lower house (the House of Commons) contained problematic measures that could harm people’s human rights, including criminalizing the viewing of extremist material and proposing an offence of travel to a “designated area.” The draft law remained pending before the unelected upper house (the House of Lords) at time of writing.

In September, the European Court of Human Rights ruled that the lack of safeguards in the now-lapsed surveillance powers under the Regulation of Investigatory Powers Act 2000 had violated the right to privacy, in a case brought by over a dozen NGOs, privacy organizations, and journalists. The court did not, however, find bulk interception necessarily unlawful. Privacy rights campaigners remained critical of the replacement powers.

The body established in 2017 to complete investigations into allegations of abuse by British forces in Iraq between 2003 and 2008, continued its work. At time of writing, no prosecutions had arisen from its work or that of its predecessor.

After a visit in November, the UN special rapporteur on extreme poverty concluded that changes to the welfare system and reductions in public services had entrenched negative outcomes for the rights of people living in poverty.