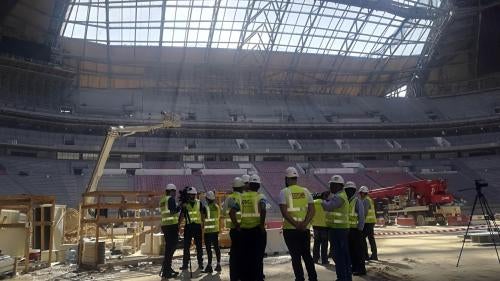 Qatar passed a number of important human rights reforms in 2018 but failed to deliver on several other promised reforms. While Qatar acceded to two core human rights treaties, it made reservations, depriving migrants and women of some of their protections. Qatar passed the Gulf region’s first refugee asylum law, but it fell short of the country’s international obligations. Qatari laws continue to discriminate against migrants, women, and lesbian, gay, bisexual, and transgender (LGBT) individuals. Throughout 2018, the diplomatic crisis persisted between Qatar on one side and Saudi Arabia, Bahrain, Egypt, and the United Arab Emirates (UAE) on the other, over Qatar’s alleged support of terrorism and ties with Iran, impacting the rights of Qataris.

Qatar does not allow dual nationality and discriminates against women by not allowing them to pass nationality to their children on the same basis as men. Qatar allows men to pass citizenship to their spouses and children, whereas children of Qatari women and non-citizen men can only apply for citizenship under narrow conditions.

In September, Qatar passed a law on permanent residency that would be available for the first time to children of Qatari women married to non-Qatari men. The permanent residency allows qualified children to receive government health and educational services, to invest in the economy, and own real estate. However, the law falls short of granting women equal rights to men in conferring nationality to their children and spouses.

Qatar’s personal status law also discriminates against women in marriage, divorce, child custody, and inheritance. The law provides that women can only marry if a male guardian approves of the marriage; men have a unilateral right to divorce while requiring women to apply to the courts for divorce on limited grounds; and a wife is responsible for looking after the household and obeying her husband. Under inheritance provisions, female siblings receive half the amount their brothers get.

The penal code does not criminalize domestic violence or marital rape, other than one article of the family law forbidding husbands from hurting their wives physically or morally, and general provisions on assault.

Qatar has a migrant labor force of over 2 million people, who comprise approximately 95 percent of its total labor force. Approximately 800,000 workers are employed in construction while another 100,000 are domestic workers. Qatar’s kafala (sponsorship) system governing the employment of migrant workers gives employers excessive control over them, including the power to deny them the right to leave the country or change jobs.

In October 2017, the International Trade Union Confederation announced Qatar’s agreement with the International Labour Organization (ILO) to extensive reforms of the current kafala (sponsorship) system, institute a nondiscriminatory minimum wage, improve payment of wages, end document confiscation or the need for an exit permit for workers wanting to leave the country, enhance labor inspections and occupational safety and health systems—including by developing a heat mitigation strategy—refine the contractual system to improve labor recruitment procedures, and step up efforts to prevent forced labor.

In November 2017, Qatar implemented a temporary minimum wage of QR750 (US$206) per month for migrant workers. Also in 2017, the emir ratified Law No.15, granting labor protections to domestic workers for the first time. The new law guarantees domestic workers a maximum 10-hour workday, a weekly rest day, three weeks of annual leave, an end-of-service payment of at least three weeks per year, and healthcare benefits. However, the new law is still weaker than the Labor Law and lacks provisions for enforcement.

In September, Qatar passed a law allowing most migrant workers to leave the country without an exit permit, but excluding workers not covered by the Labor Law including those in the military, public sector, and domestic work, and allowing employers to apply to exclude some other workers.

Qatar has failed to implement other promised reforms. On April 30, 2018 the ILO inaugurated its first project office in Qatar for a three-year cooperation program to help Qatar achieve its commitments on migrant rights.

It rejected gender equality provisions in marriage, divorce, and child custody on grounds that they contravene Islamic law. It also declared it would interpret several provisions in line with Islamic law, including on defining cruel, inhuman, or degrading punishment— avoiding bans on capital and corporal punishment—minimum marriage ages, and freedom of religion.

In its reservations, Qatar also said it would interpret the term “trade unions” in accordance with its national law. Article 116 of Qatar’s Labor Law allows only Qatari nationals the right to form workers’ associations or trade unions, depriving migrant workers of their rights to freedom of association and to form trade unions.

In September, Qatar’s emir signed into law the Gulf region’s first refugee asylum law. The law demonstrates Qatar’s commitment to refugee rights but falls short of its international obligations, particularly with regard to its restrictions on freedom of movement and expression. Qatar is not a signatory to the 1951 Refugee Convention and its 1967 Protocol.

Qatar’s penal code criminalizes “sodomy,” punishing same-sex relations with imprisonment between one to three years. Muslims convicted of zina (sex outside of marriage) can also be sentenced to flogging (if unmarried) or the death penalty (if married). Non-Muslims can be sentenced to imprisonment.

Qatar, in addition to banning sex outside marriage for Muslims, provides penalties for any male, Muslim or not, who “instigates” or “entices” another male to commit an act of sodomy or immorality. The law does not provide for a penalty for the person who is “instigated” or “enticed.” Under article 296 of the penal code, “[l]eading, instigating or seducing a male anyhow for sodomy or dissipation” and “[i]nducing or seducing a male or a female anyhow to commit illegal or immoral actions” is punishable by up to three years. It is unclear whether this law is intended to prohibit all same-sex acts between men, and whether only one partner is considered legally liable.

Journalists and printers operate under section 47 of the 1979 Press and Publications Law, which bans publication of “any printed matter that is deemed contrary to the ethics, violates the morals or harms the dignity of the people or their personal freedoms.” Throughout 2018, private publishing partners in Qatar, including the partner of the New York Times, censored numerous articles that touched on LGBT topics, in line with the country’s anti-LGBT laws.

In response to the Gulf crisis in 2017, in order to prevent food shortages, Qatar cultivated new supply chains through Oman and received assistance from Turkey and Iran, among other countries.

Many Emirati, Egyptian, Bahraini, and Saudi nationals affected by the diplomatic crisis chose to remain in Qatar for family or work reasons or because they fear persecution in their home countries.

In June 2018, Qatar filed a case at the International Court of Justice (ICJ) arguing that UAE-imposed measures violated the International Convention on the Elimination of All Forms of Racial Discrimination. On July 23, 2018, in a provisional ruling, the ICJ said that the UAE must allow Qatari families separated by its measures to reunite, allow Qatari students to complete their education in the UAE or obtain their educational records, and allow affected Qataris access to the UAE’s courts. After the ruling, the UAE’s foreign affairs minister tweeted that the UAE has already implemented the required measures.