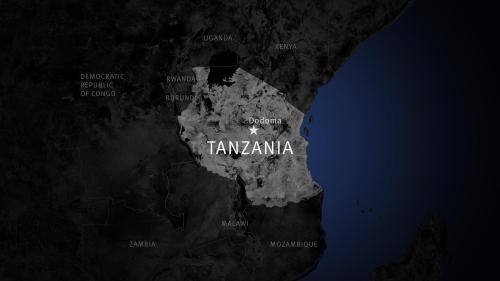 Since the election of President John Magufuli in December 2015, Tanzania has witnessed a marked decline in respect for free expression, association and assembly. Rhetorical Attacks on rights by authorities are increasingly accompanied by implementation of repressive laws and the harassment and arrest of journalists, opposition members and critics. Self-censorship and fear of reprisals have stifled criticism. Women and girls, particularly young mothers seeking to study, continue to face discriminatory policies.

In March, Tanzania adopted regulations for online content as part of the 2010 Electronic and Postal Communications Act, giving the Tanzania Communications Regulatory Authority (TCRA) wide discretionary powers to license internet-based content, including blogs, which are now subject to fees of up to US$900, curtailing access for many. Non-compliance is a criminal offence.

The 2015 Cybercrimes Act continues to impede free expression and privacy rights. In March, student activist, Abdul Nondo was charged with publishing false information after sending a WhatsApp message alerting friends and family that he had been abducted. Nondo said he was accused by his abductors of of being used by opposition parliamentarians and activists to organize student protests. Nondo had previously been critical of police conduct during a rally in February in which a student was killed. Police dispute that he was abducted.On November 5, Nondo was acquitted.

At years end, Bob Chacha Wangwe was appealing his 2017 conviction for publication of false information under the Cybercrimes Act for critiquing the conduct of elections in Zanzibar in 2015 on a Facebook page. A Dar es Salaam court sentenced him to 1.5 years imprisonment or a fine of 5 million Tanzania shillings ($2,185).

In June, a court acquitted Maxence Melo and Micke William, founders of popular whistleblowing site Jamii Forums , on charges of failure to comply with a police order to disclose the identity of platform users under the Cybercrimes Act. Two remaining charges, of management of a domain not registered in Tanzania under the Online Content regulations and of obstructing investigation under the Cybercrimes Act, remain pending.

In January, the TCRA fined five television stations 60 million Tanzania shillings ($27,000) for broadcasting a press conference by the Legal and Human Rights Centre, in which the organization alleged abuses by government security forces during the November 2017 by-elections. The regulator argued the content was “seditious” and contrary to the Broadcasting Act.

On August 8, police arrested Sitta Tumma, a journalist with Tanzania Daima newspaper, as he reported on police dispersing an opposition rally in Tarime. He was detained overnight but not charged. At a separate event on the same day in Dar es Salaam, anti-riot police beat Silas Mbise, a radio sports reporter, caught on video, as he lay on the ground with his hands in the air.

In September, parliament adopted an amendment to the 2015 Statistics Act making it a crime to publish statistics without the approval of the National Bureau of Statistics (NBS) and prohibiting dissemination of statistics that are meant to “invalidate, distort or discredit” NBS’ statistics. The implementation of this law could curtail legitimate independent research across a broad range of sectors.

Opposition party members have faced multiple arrests and criminal charges for criticizing the government. Joseph Mbilinyi, a parliamentarian in Mbeya and Emmanuel Masonga, a party official, were sentenced to five months imprisonment in February for “insulting” Magufuli during a political rally.

On June 21, the East African Court of Justice held that Tanzania must annul the ban on a weekly newspaper, Mseto, in 2016 by Nape Nnauye, then Minister of Information, Youth, Culture and Sports, for reporting corruption allegations in Magufuli’s presidential campaign.

On March 9, Magufuli promised a crackdown on demonstrations the government deems illegal. Prior to nationwide anti-government protests called for April 26 by United States-based Tanzanian activist Mange Kimambi, Dodoma Regional Police Commander Gilles Muroto told journalists that protestors “will seriously suffer” and would be “beaten like stray dogs.” The demonstrations did not occur.

Political rallies resulted in the arrest of many opposition members. In March, police arrested and charged CHADEMA parliamentarians Freeman Mbowe, Vincent Mashinji, John Mnyika, Peter Msigwa, Esther Matiko, Salum Mwalimu, and later Halima Mdee, with participating in an illegal demonstration in Dar es Salaam. CHADEMA chairperson, Mbowe, was accused of “inciting hatred and rebellion” reportedly for saying during a public speech that Magufuli would not last long as president.

Within a fortnight, unknown assailants brutally killed two CHADEMA officials , in attacks that appeared to be politically motivated. On February 13, the body of Daniel John, an official for Hananasif ward Kinondoni in Dar es Salaam, was discovered along the coast with machete wounds to the head. On February 23, Godfrey Luena, a councillor for Nemawala ward in Morogoro, was found dead outside his home. Luena also worked as a human rights monitor, documenting illegal land appropriation. While police have said that investigations into the deaths are ongoing, there have been no arrests.

In June, police said that there would be no further investigations into the killing of 21-year-old Akwilina Awkilini, who was shot on a bus in February as police attempted to disperse a CHADEMA demonstration.

Police have made no arrests in two 2017 cases that drew significant outcry. In September 2017, unknown assailants shot opposition parliamentarian Tundu Lissu, a prominent critic of Magufuli’s government, outside his home in the capital Dodoma. Mwananchi journalist Azory Gwanda has been missing, and presumed dead, since November 2017. Gwanda is reported to have been working on a story about a spate of killings in Kibiti, south of Dar es Salaam.

On January 23, the government announced its withdrawal from the Comprehensive Refugee Response Framework (CRRF) for reasons of “security and lack of funds,” ending an ongoing exercise to integrate refugees into host communities . The government also stated that it would discourage new asylum applications. Between September 2017 and end July 2018, the authorities and the United Nations High Commissioner for Refugees (UNHCR) facilitated the return of just over 40,000 Burundian refugees to their country, setting a returns target in March of 2,000 a week. However, since late 2017, UNHCR has expressed concern about numerous factors making refugees’ lives difficult and in August pressed the Tanzanian authorities to ensure that refugees were not pressured to return home.

Corporal punishment remains a serious problem in Tanzanian schools. In August, a 13-year-old schoolboy died after being beaten severely by his teacher.

In September, the government announced that it was suspending United States Agency for International Development-supported birth control-related messaging. Magufuli has argued women should give up contraception, that family planning information is unnecessary and that people should work harder to provide for their families.

Thousands of Tanzanian women working as domestic workers in the Middle East face pervasive labor rights violations and other abuses. Tanzania has no legal framework to protect migrant workers from being recruited into abusive employment situations overseas, and this facilitates the abuse of workers.

Tanzania continues to play a critical role in the UN peacekeeping mission in the Democratic Republic of Congo and hosts the East African Court of Justice and the African Court of Human and Peoples’ Rights in Arusha.

In February, the EU , Canada, Norway and Switzerland decried attacks against MPs and government representatives and the disappearance of journalists, and called for investigations and justice.. In November, the EU recalled its ambassador expressing regret over the deterioration of the human rights and rule of law and announced a review of relations with Tanzania. In December, the European Parliament called for independent investigations into attacks on journalists, LGBTI people, human rights defenders and opposition members.

The US Embassy in Dar es Salaam raised concerns about politically-related violence, irregularities in the conduct of by-elections, and the “deterioration of civil liberties and human rights,” following the arrests and harassment of lesbian, gay and transgender people.

In October, the World Bank criticized amendments to the 2015 Statistics Act, for being out of line with international standards.

In November, Denmark announced that it was withholding $10m of funding to Tanzania because of “unacceptable homophobic comments” by a government official, believed to be Makonda.