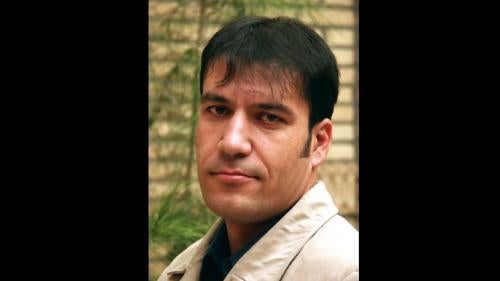 Tajikistan’s abysmal human rights record deteriorated further in 2018. Tajik authorities jailed government critics, including opposition activists, journalists, and relatives of peaceful dissidents abroad, for lengthy prison terms on politically-motivated grounds. The crackdown on freedoms of expression, association, and religion extended to virtually any manifestation of dissent—even social media users who expressed mild criticism of government policy. Extremely worrying was the emergence of a government registry of persons identified as belonging to the LGBT community, exposing hundreds of individuals to the risk of detention and extortion by police.

Authorities intensified their campaign to forcibly return political opponents from abroad, relying on politically-motivated extradition requests made via INTERPOL, the international police organization, as well as on alliances with police and security services in Turkey and Russia. The most frequent targets of the reportedly hundreds of INTERPOL “red notices” and other extradition requests lodged by the Tajik government are members of the Islamic Renaissance Party of Tajikistan (IRPT) and opposition movement Group 24, both banned and labelled “extremist” in Tajikistan.

However, 2018 also witnessed a few positive steps by the government in individual cases of abuse following social media campaigns by Tajik and international civil society activists.

Pursuant to a Tajik red notice, Greek migration officials detained IRPT activist Mirzorakhim Kuzov on October 9, 2017 while he was in transit at Athens International Airport after attending a human rights conference in Poland. Kuzov was detained until November 29 when a Greek court rejected Tajikistan’s extradition request with Greek and international human rights groups having intervened.

On February 5, police in Istanbul detained Namunjon Sharipov, a businessman and IRPT member who fled Tajikistan in 2015. For several days prior to his detention, Tajik officials in Istanbul visited the teahouse Sharipov owned, pressuring him to return to Tajikistan. Following an 11-day detention, Tajik officials forced him to board a plane to Dushanbe. On February 20, Sharipov resurfaced on Tajik public television, stating that his return to the country had been “voluntary.” Relatives and Sharipov himself later told Human Rights Watch he had been detained by Tajik security services. Following a public outcry, Tajik officials allowed Sharipov to return to Turkey in June.

In March, Turkish police also detained Group 24 chairman Suhrob Zafar and member Nasimjon Sharipov (unrelated to Namunjon Sharipov) pursuant to an extradition request by Tajik authorities. Their lawyers filed a stay of extradition with Turkey’s Constitutional court, citing the high risk of torture both could face if returned to the country. The court granted the stay and later released Sharipov in July. Zafar was released in October.

Tajikistan also detained or forcibly returned to the country other opposition activists in various countries, including Naimjon Sameev, the former IRPT head in the Sughd region in northern Tajikistan, who was detained in Russia on November 30 and immediately forced his return to Tajikistan, where relatives reported he had been detained by Tajik security services and faces a high risk of torture.

Dushanbe’s pressure on the IRPT reached a zenith after a July 29 attack that killed four cyclists --two American, one Swiss, and one Dutch--in southern Tajikistan. Islamic State (also known as ISIS) claimed responsibility for the attack and disseminated a video that depicted the attackers pledging allegiance to the group. Despite ISIS’ claim of responsibility and absent any credible evidence, the Tajik government accused the IRPT, now based in Europe, of organizing the attack. The IRPT denied responsibility. IRPT said the allegations “baseless and irrational” and called for a thorough investigation.

Authorities also harassed the relatives of peaceful dissidents abroad. Activists based in France, Germany, and Poland told Human Rights Watch that their relatives in Tajikistan are regularly visited by security services who pressured them to denounce their relatives and provide information on their whereabouts or activities and threatened them with imprisonment if their relatives continue their peaceful opposition work.

A similar development happened with Fatima Davlyatova, the 10-year-old daughter of activist Shabnam Khudoydodova, whom border guards removed from a flight on August 4 when she and her relatives attempted to leave the country to reunite with her mother in Europe. Following a social media campaign, authorities allowed her and her relatives to leave Tajikistan on August 11.

In September, a Dushanbe court sentenced Rajabali Komilov, the brother of Germany-based IRPT member Janatullo Komilov brother, to ten years in prison for alleged party membership and unspecified crimes committed during Tajikistan’s 1992-1997 civil war. Komilov told Human Rights Watch that the case against his brother was brought to coerce his return to the country.

Authorities persistently block access to popular social media and news sites, including Facebook, YouTube, and Radio Free Europe, and periodically cut access to mobile and messaging services when critical statements about the President, his family, or the government appear online.

On August 22, a Tajik appellate court overturned the twelve-year prison sentence of independent journalist Khayrullo Mirsaidov arrested in December 2017 after he wrote a public letter to President Emomali Rahmon that revealed corruption by local officials. Mirsaidov’s sentence was replaced on appeal with a fine of 80,000 somoni ($8,500) and one year community service. An international campaign, #FreeKhayrullo, had earlier highlighted his case.

In August a court sentenced Umar Murodov to five and a half years imprisonment for “insulting” President Rahmon on the social media site Odnoklassniki. A fall 2017 law amendment provided for criminal liability for “public insult or slander against [the President], the Founder of Peace and National Unity, the Leader of the Nation.”

Also in August, a court sentenced Bezhan Ibragimov, a National Guard soldier, to seven years for “extremism” after he had allegedly posted a photograph of the flag of an Islamic group Ansarullah and had allegedly chatted online with a former classmate who was residing in Syria or Iraq.

In September, human rights lawyer Shuhrat Kudratov and government critic Abubakr Azizkhojaev, whose imprisonment in 2014 and 2016 human rights groups had labelled as politically-motivated, were released from prison having completed their prison terms.

Freedom of Religion or Belief

The Tajik government severely curtails freedom of religion or belief, proscribing certain forms of dress, including the hijab for women and long beards for men. Salafism, a fundamentalist strand of Islam, has been officially banned in Tajikistan since 2011 and authorities regularly arrest individuals for alleged membership in Salafi groups.

In August, authorities charged opposition blogger Junaydullo Khudoyorov over his alleged ties to Salafi armed extremists. He was sentenced to 5 years in prison. Following his sentencing Khudoyorov told journalists in the courtroom that his case was politically-motivated retaliation for articles he had written accusing local officials of involvement in corruption and that “these publications have nothing to do with Salafiya [Salafism].” In August, Tajikistan amnestied seven Salafis, previously extradited from Russia, after they announced their withdrawal from the movement.

In 2018, the Ministry of Culture published a “Book of Recommendations,” outlining in detail “approved” dressing styles for women aged seven to seventy. Authorities banned Barbie dolls in hijabs, promoting “national dress” instead. Devout Muslim men had to shave their beards to have their documents returned from confiscation.

By late 2018, authorities had taken several steps to combat domestic violence against women and children, operating more than 15 police stations staffed by female police inspectors who underwent training in gender-sensitive, community policing. The Ministry of Internal Affairs also developed further guidelines on the implementation of Tajikistan’s 2013 law on the prevention of violence in the family. However, survivors of domestic violence, lawyers, and service providers reported that the law remains largely unimplemented and that victims of domestic violence continue to suffer inadequate protection, including a critical lack of access to domestic violence shelters.

Lesbian, gay, bisexual, and transgender (LGBT) people face discrimination in Tajikistan, although same-sex conduct is not criminalized. In October 2017, authorities announced the creation of a special registry including 367 “proven” LGBT persons, after conducting law enforcement operations called “Morality” and “Purge,” purportedly to protect sexual minorities and halt the spread of sexually transmitted diseases. The creation of the registry exposed hundreds of individuals to the risk of detention and extortion by police and severe social stigma.

The United States, European Union and other international actors largely resisted imposing any serious policy consequences for Tajikistan’s abysmal rights record, reluctant to alienate Dushanbe given its geo-strategic position along the border with Afghanistan.

Following the sentencing of Khayrullo Mirsaidov to twelve years imprisonment, the US, the UK, Germany, France and the EU delegation in Tajikistan issued a joint statement condemning his sentence, calling it “extremely harsh.” They said that “[t]his sentencing will have a negative impact on the freedom of media and expression in Tajikistan.” The sentence was overturned on appeal following an international campaign in support of the journalist.

Harlem Desir, the Organization for Security and Cooperation in Europe’s (OSCE) representative for freedom of the media, stated that he was “alarmed by the stringent and disproportionate sentence handed down to the journalist.”

On March 9, the EU and Tajikistan held their sixth Cooperation Committee meeting in Brussels. Highlighting worsening conditions for civil society in Tajikistan, the EU noted that its strategy would promote “reforms and respect for human rights.”

In its 2018 annual report, the US Commission on International Religious Freedom recommended the State Department re-designate Tajikistan a “country of particular concern” for its severe violations of religious freedom.

In May, the UN Working Group on Arbitrary Detention released an opinion finding IRPT deputy chairman Mahmadali Hayit’s detention and imprisonment since September 2016 a violation of Tajikistan’s international human rights obligations and called for his immediate release. In a similar ruling in July, the UN Human Rights Committee declared unlawful the continued imprisonment of another opposition figure, Zayd Saidov, urging his immediate release.

In its third periodic report on Tajikistan in June 2018, the UN Committee on Torture expressed concern with reports of torture in prisons and pre-trial detention, including deaths in custody. It further pointed to serious problems of domestic violence and persecution of LGBT persons. The Committee urged Tajikistan to investigate allegations that imprisoned IRPT figures Mahmadali Hayit, Rahmatullo Rajab, and Saidumar Husaynov were tortured.