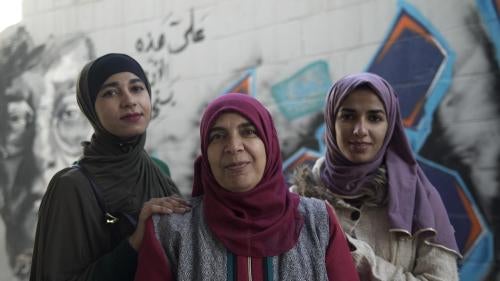 In late May 2018, Jordan’s national trade syndicates called a general strike to protest a new income tax law and other austerity policies proposed by the government of then-Prime Minister Hani al-Mulki. The strike developed into largely peaceful mass street protests across the country, leading to the resignation of al-Mulki on June 4 and the appointment of Omar al-Razzaz as the new prime minister.

Jordanian law criminalizes speech deemed critical of the king, foreign countries, government officials and institutions, and Islam, as well as speech considered to defame others.

On January 17, authorities detained Omar al-Mahrama and Shadi al-Zinati, editor and editor-in-chief respectively of the Jfranews website, over an article the website published which accused the minister of finance of tax evasion. The editors were released on bail on January 18.

In 2018, Jordan’s cabinet sent for parliamentary approval controversial amendments to the country’s 2015 Electronic Crimes Law that criminalize hate speech, defining it vaguely as “any word or action that incites discord or religious, sectarian, ethnic, or regional strife or discrimination between individuals or groups.” The amendments could stifle free expression online by branding controversial views as “hate speech.” They require parliamentary approval and the king’s endorsement to become law.

In 2018, Jordan’s public prosecutor pursued charges against Nidal Mansour, director of the Center for Defending Freedom of Journalists (CDFJ), a regional media freedom organization, over the organization’s receipt of foreign funding and financial irregularities. In June, a lower court convicted Mansour and sentenced him to one year in prison and a fine of 200 Jordanian Dinars (US$282), but in November an appeals court threw out the lower court ruling and cleared Mansour and CDFJ of any wrongdoing. The group works on behalf of journalists detained across the region and hosts annual workshops and events on media freedom.

Since the amended Public Gatherings Law took effect in March 2011, Jordanians no longer require government permission to hold public meetings or demonstrations. However, organizations and venues continued to seek permission from Jordan’s Interior Ministry to host public meetings and events. In some cases, the ministry cancelled public events without explanation.

Between 2011 and 2018, over 670,000 persons from Syria had sought refuge in Jordan, according to the United Nations High Commissioner for Refugees (UNHCR). Over 85 percent of Syrians lived outside refugee camps. In 2018, Jordan did not permit Syrians to enter the country to seek asylum but made an exception for over 400 Syrian White Helmet rescue workers and their dependents to enter Jordan in July to await resettlement in a third country.

On March 4, 2018, Jordanian authorities began to regularize the status of many Syrian refugees who had been living in towns and cities without permits, offering thousands of vulnerable refugees protection from arrest for being outside refugee camps illegally and increasing their access to jobs, aid, and education. On January 24, however, the government revoked the eligibility for subsidized health care for Syrians living outside refugee camps.

Jordanian officials stated that the country did not receive enough international financial assistance in 2018 to cope with the effects of the refugee crisis on its public infrastructure, especially in the areas of public education and health. The UNHCR Jordan office, which coordinates the refugee response, said that by November it had raised only 36 percent of its US$1 billion budget goal for 2018. As of September, UNICEF announced that because of an $8.6 million shortfall in its requested budget for 2018, it had to cut back a program that subsidized school-related costs to only 10,000 Syrian refugee children out of about 55,000 in need.

In 2018, authorities continued the implementation of the Jordan Compact, which aims to improve the livelihoods of Syrian refugees by granting new legal work opportunities and improving the education sector. By 2018, labor authorities had issued or renewed at least 160,000 work permits for Syrians,. Most professions, however, remained closed to non-Jordanians, and many Syrians continued to work infornal sector without labor protections.

In January, Jordanian authorities allowed one delivery of humanitarian aid by crane to the tens of thousands of Syrians at Rukban, an unorganized camp along Jordan’s border with Syria. According to UN satellite analysis, the number of shelters at Rukban increased by 12 percent between January and July. The Syrians there face limited access to food, water, and medical assistance. Authorities had previously announced in October that they would no longer allow aid to reach the camps from Jordan and did not allow further deliveries after January.

Article 98 of Jordan’s penal code, amended in 2017, states that perpetrators of crimes “against women” cannot receive mitigated sentences. The provision leaves a loophole, however, under article 340 of the same law, which allows for mitigated sentences for those who murder their spouses discovered committing adultery.

In July, authorities opened a new shelter for women at risk of “honor”-related violence from family members. The Minister of Social Development announced that 29 women held in “protective custody” in Amman’s Juwieda Prison would be “gradually” moved into the new shelter.

By September, authorities had not carried out any executions in 2018, but Jordan’s National Center for Human Rights (NCHR) reported that there were 128 people on death row by the end of 2017.

Authorities detained five policemen from the Criminal Investigations Directorate (CID) after a Jordanian man died in custody on June 8. According to the medical report he had “bruising injuries on different areas of his body, especially in the area of his testicles.” On June 13, Jordan’s Public Security Directorate (PSD) denied reports that a man died in Birayn prison as a result of beating, stating that his death was from natural causes.

The “torture” trial of five policemen in the Police Court relating to the September 2015 death in detention of 49-year-old Omar al-Nasr remained ongoing as of November 2018.

In January, the NCHR reported that it had carried out the first-ever unannounced visit to the General Intelligence Directorate (GID)’s detention center in Amman to monitor conditions for detainees, but the NCHR did not disclose the results of its visit.

Local governors continued to use provisions of the Crime Prevention Law of 1954 to place individuals in administrative detention for up to one year, in circumvention of the Criminal Procedure Law. The NCHR reported that 34,952 persons were administratively detained in 2017, some for longer than one year, marking an increase of over 4,000 from the number of administrative detainees in 2016.

On February 14, 2018, the United States and Jordan signed a new Memorandum of Understanding on US foreign assistance to Jordan. The agreement commits the US to provide $1.275 billion in aid each year over a five year period for a total of $6.375 billion. The US did not publicly criticize human rights violations in Jordan in 2018, except in annual reports.

Officials feared that the US administration’s cuts in $300 million in aid to UNRWA, the UN agency that provides education and healthcare to Palestinian refugees, could leave thousands of children out of school in Jordan’s 10 Palestinian refugee camps.

Jordan’s King Abdullah II rejected an alleged US-sponsored proposal to join the Palestinian West Bank to Jordan as a “confederation” as part of a peace plan, calling the proposal a “red line.”

In 2018, Jordan appealed a December 2017 decision by International Criminal Court judges that it had failed to uphold its obligations as a member of the court by not arresting Sudanese President Omar al-Bashir when he visited Jordan in March 2017 for the Arab League summit.

Jordan is a member of the Saudi-led coalition fighting the Houthis in Yemen. Human Rights Watch has documented 87 apparently unlawful coalition attacks in Yemen, some of which may be war crimes, which have killed nearly 1,000 civilians. Jordan did not respond to Human Rights Watch inquiries regarding what role, if any, it has played in unlawful attacks in Yemen and if it was undertaking investigations into the role its own forces played in any of these attacks.