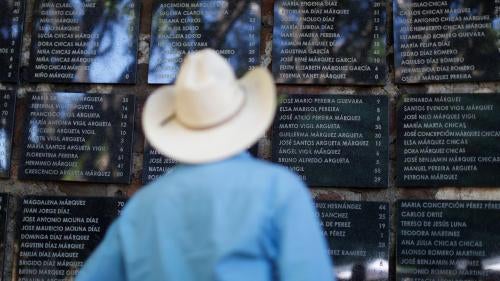 El Salvador has one of the world’s highest homicide rates.

Gangs continued in 2018 to exercise territorial control and extort residents in municipalities throughout the country. They forcibly recruit children and subject some women, girls, and lesbian, gay, bisexual, and transgender (LGBT) individuals to sexual slavery. Gangs kill, disappear, rape, or displace those who resist them, including government officials, security forces, and journalists.

Security forces have been largely ineffective in protecting the population from gang violence and have committed egregious abuses, including the extrajudicial execution of alleged gang members, sexual assaults, and enforced disappearances.

Girls and women alleged to have had abortions have been imprisoned for homicide and aggravated homicide, including during the year. LGBT individuals also face discrimination and violence. These conditions have resulted in internal and cross-border displacement.

While impunity for government abuses and corruption continue to be the norm, in recent years, El Salvador has taken some steps to bring former officials to justice.

In July 2016, the Supreme Court declared unconstitutional a 1993 amnesty law that prohibited the prosecution of war crimes and crimes against humanity, committed overwhelmingly by state security forces, according to the United Nations Truth Commission, during the country’s civil war (1979-1992). In March 2017, former military commanders were brought to trial for their alleged responsibility for the 1981 El Mozote massacre, in which 978 civilians died, including 553 children, and soldiers committed mass rapes. The trial was ongoing at time of writing.

Four other cases remained open but had not reached trial, including one related to the assassination of Archbishop Oscar Romero as he celebrated mass in a hospital chapel in March 1980, a day after his radio homily begging soldiers to stop their repression and killings. In October, a judge ordered the arrest of ex-Cpt. Alvaro Saravia for his alleged role in planning the crime.

In September, a court sentenced former President Antonio Saca and various members of his administration to 5-10 years in prison for embezzling more than US$301 million of public funds to enrich themselves and bribe officials and journalists during his presidency (2004-2009). The ruling followed the attorney general’s arrest of 32 people in former President Mauricio Funes’ (2009-2014) circle for allegedly embezzling $351 million through the same mechanism. In January 2016, former President Francisco Flores (1999-2004) died while he was being investigated for similar crimes.

Since taking office in 2014, President Salvador Sánchez Cerén has expanded the military’s role in public security operations, despite a 1992 peace accord stipulation that it not be involved in policing. Killings of alleged gang members by security forces in supposed “armed confrontations” increased from 142 in 2013 to 591 in 2016. In her June 2018 report, the UN special rapporteur on extrajudicial killings found a “pattern of behavior … amounting to extrajudicial executions and excessive use of force” by state security.

A 2017 investigative report in the Salvadoran online newspaper Revista Factum documented evidence of a “death squad” within an elite unit of the Salvadoran police that engaged in killings, sexual assault of teenage girls, robbery, and extortion. At the funeral of a female police officer in September, the National Civil Police (Policia Nacional Civil) director stated that another, now-defunct elite unit participated in her December 2017 disappearance and “femicide,” which Salvadoran law defines as a killing motivated by hatred or contempt for women.

In their 2017 and 2018 visits, the UN special rapporteurs on internal displacement and extrajudicial killings documented threats and harassment by security forces against members of the LGBT population, individuals who work toward gang members’ rehabilitation, and adolescent children and young adults.

In August, the Legislative Assembly made permanent a “state of emergency” that put inmates at seven prisons on lockdown and suspended their family visits. El Salvador first declared the emergency state in March 2016, then extended it as part of its “extraordinary measures” to combat crime in April 2016.

Designed to hold up to 11,400 inmates, the country’s penal institutions held more than 38,700 in January. Approximately 30 percent are in pretrial or remand detention.

Cases of tuberculosis among inmates increased from 96 in March 2016 to 1,272 in January 2018. Access to visit prisons has been restricted, but international journalists allowed to enter have noted prisoners’ skeletal appearance. More were killed or died in the prisons in 2018 than in 2017.

According to widely reported figures, approximately 60,000 gang members are present in at least 247 of the country’s 262 municipalities. They enforce their territories’ borders and extort and gather intelligence on residents and those transiting these areas, particularly around public transport, schools, and markets.

Numerous security and elected officials have collaborated with gangs in criminal operations, according to international and national media. According to media reports, all political parties have negotiated with them for conducting campaigns, voting, and daily operations and on a truce begun in 2012 between national government, 11 municipal governments, and the two largest gangs.

In April 2016, the Legislative Assembly modified an existing counterterrorism statute to explicitly classify gangs as terrorist organizations and reformed its penal code to impose prison sentences of up to 15 years on anyone who “solicits, demands, offers, promotes, formulates, negotiates, convenes or enters into a non-persecution agreement” with gangs. The UN special rapporteur on extrajudicial killings noted a large discrepancy between charges for membership in a terrorist organization and convictions for it. The Attorney General’s Office used the reforms to retroactively prosecute current and former officials who participated in truce negotiations from 2012 to 2014.

Various local and international officials believe child abuse is widespread. In 2017, 46 girls and 311 boys were murdered, according to the Institute of Legal Medicine, and at least 20 girls and 14 boys were disappeared, according to the Attorney General’s Office. Judges absolved rapists of children as young as 12, if they “formed a home” or had a child together.

In August 2017, the Legislative Assembly prohibited marriage below the age of 18 in all circumstances, ending an exception for pregnant girls.

Since 1998, abortion is illegal under all circumstances. Providers and those who assist with the procedure face prison sentences of between six months and 12 years.

In 2018, the Legislative Assembly considered two proposals for modifications to the penal code to permit abortion in cases of rape, grave fetal malformations, or risks to the health of the mother. Support was insufficient to bring either to a vote.

More than 150 girls and women were prosecuted in the past two decades. The courts accepted as evidence a floating lung test that forensic pathologists deemed unreliable over a century ago.

At least 20 women remained imprisoned at time of writing on charges of manslaughter, homicide, or aggravated homicide for allegedly having abortions. In February, the Supreme Court determined there was not enough evidence to prove Teodora Vasquez harmed her fetus and released her 10 years into her 30-year sentence. In March, Maira Figueroa was released 15 years into her 30-year sentence, after the Supreme Court decided charges for aggravated homicide were “excessive and immoral,” given that the then-19-year-old became pregnant from rape and had obstetric complications.

LGBT individuals are targets of homophobic and transphobic violence, including by police and gang members. Since 1994, over 600 have been killed, according to four Salvadoran LGBT rights organizations.

El Salvador introduced hate crimes into its penal code in September 2015. To date, no cases have been prosecuted as hate crimes. Human Rights Watch is not aware of any bias-related murders of known LGBT individuals that have resulted in conviction.

Journalists reporting on abuses of power or corruption at various outlets are targets of death threats, as are journalists living in gang-controlled neighborhoods.

In the past decade, at least seven journalists have been murdered. In three cases between 2011 and 2016, Salvadoran courts convicted gang members, who had targeted journalists because of their reporting.

For fiscal year 2018, the United States disbursed over $42 million in bilateral aid to El Salvador.

In her April report, the UN special rapporteur for internal displacement noted a “striking disparity between government figures [in the hundreds] on those internally displaced by [State and gang] violence and those of civil society and international organizations [in the tens or hundreds of thousands].”

In August, El Salvador broke diplomatic relations with Taiwan to open them with China.

In October, Pope Francis canonized Archbishop Oscar Romero, who before his assassination used his pulpit to preach peace and to denounce state killings and abuses of power.