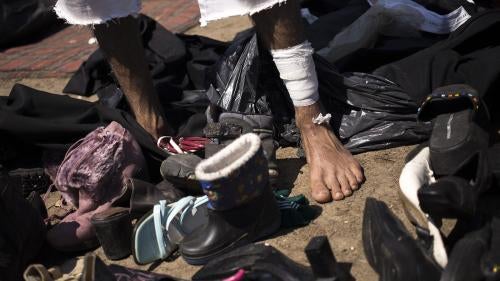 According to Croatian Ministry of Interior, in the first eight months of 2019, 11,813 new migrants and asylum seekers were recorded, mainly from Afghanistan, Pakistan, and Turkey, an increase of more than 8,600 compared to the same period in 2018. In the same period 974 people claimed asylum and authorities approved 71 asylum requests, including 13 from 2018.

Croatia reported that it blocked entry to 9,487 people at its borders in the first 8 months of the year. Despite credible reports during the year about illegal and violent pushbacks of migrants by Croatian police into Bosnia and Serbia, in breach of EU refugee and human rights law, Croatia faced no consequences from EU institutions. Croatia’s president acknowledged in December 2018 on Swiss television that force is sometimes used, but later retracted her comments.

Despite the consistent recommendations to Croatia from international bodies to facilitate community-based support for all people with disabilities currently in institutions, Croatia persisted with plans to place adults with disabilities in foster care, publishing a draft law in December 2018. In January 2019, the Ministry of Social Policy indicated that 4,216 adults were placed in 1,481 foster care families.

In July 2019, Croatia ratified the Safe Schools Declaration pledging to refrain from the military use of schools in wars. According to the Ombudswoman for Children, Roma children were most deprived group in 2019, with limited access to services.

In January, a Europe-wide universities-led Holocaust Remembrance project found historical revisionism in Croatia among the highest in the European Union.

During a year that saw several violent attacks on Croatian Serbs, Croatia’s ombudswoman and civil society groups expressed concern about the climate of intolerance against minorities.

Between January and September 2019, Documenta, an NGO, registered 39 war crime cases against 59 defendants before courts in Croatia. In the same period, 15 people were convicted for war-related crimes, including one for sexual violence.