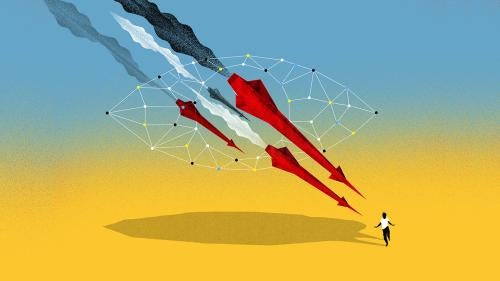 As Killer Robots Loom, Demands Grow to Keep Humans in Control of Use of Force

In 2020, you should be watching for… growing international rejection of “killer robots”—weapons that would kill without meaningful human control—and increasing calls for a new treaty to preemptively ban them.

Allowing machines to select and target human prey without human intervention sounds like something out of an apocalyptic Sci-Fi movie. But in many respects, we’re teetering on the edge of this threshold: nations including China, Israel, South Korea, Russia, the United Kingdom, and the United States are already developing and deploying precursors to fully autonomous weapons, such as armed drones that are remotely-piloted by a human. These countries are investing heavily in military applications of artificial intelligence (AI) with the goal of gaining a technological advantage in next-generation autonomy on the battlefield.

These are the same countries resisting demands from dozens of states for a new ban treaty to ensure meaningful human control over the use of force. They call efforts to regulate killer robots “premature” and reject concerns that such weapons will threaten the right to life and principles of human dignity, or that they would fail to they meet international law standards, including rules of distinction, proportionality, and military necessity.

But change is on the way as momentum to regulate intensifies. Killer robots are now seen as one of the top existential threats faced by the planet. A growing number of states and some unlikely allies are now backing the drive for a new treaty to prohibit lethal autonomous weapons systems, which Nobel Peace laureates warn would cross “a moral and ethical Rubicon.”

In September at the high-level United Nations General Assembly, an “Alliance for Multilateralism” initiative led by France and Germany, and including dozens of foreign ministers, identified killer robots as being among six “politically relevant” issues requiring an urgent multilateral response. (The others included climate change and gender equality in education).

The eight meetings on killer robots by the Convention on Conventional Weapons (CCW) since 2014 have found widespread agreement among virtually all of the 80 participating states on the need to retain some form of human control over the use of force. Thirty countries now vigorously promote a ban treaty as essential to stigmatize the removal of human control from weapons systems.

UN Secretary-General António Guterres is also concerned that “killer robots could take the place of soldiers.” Deeming the prospect of machines with the power and discretion to take human life “morally repugnant and politically despicable,” he has called for a new treaty to be negotiated, and offered UN support towards that goal, as detailed in his Agenda for Disarmament.

Leading AI experts, roboticists, scientists and technology workers at Google and other companies—are demanding regulation. They warn that algorithms are fed by data that inevitably reflect various social biases, which, if applied in weapons, could cause people with certain profiles to be targeted disproportionately. Killer robots would be vulnerable to hacking and attacks in which minor modifications to data inputs could “trick them in ways no human would ever be fooled.”

The concerns around killer robots are also beginning to impact their military acquisition and development; increasingly jittery defense planners are becoming reluctant to budget millions of dollars for autonomous weapons systems that might be prohibited before they are even built. In 2019, for example, a major German industry association comprised of businesses and defense contractors including Rheinmetall called for the government to work for a new treaty to ban killer robots.

This shows how regulation via a new treaty is the most effective way to address mounting uncertainty about what is acceptable and unacceptable regarding increasingly complex autonomous weapons systems.

With public pressure, the calls for a new treaty to ban killer robots will soon become too overwhelming for military powers to contain in the failing CCW forum. Don’t just watch this space: join the Campaign to Stop Killer Robots and demand a ban treaty now.