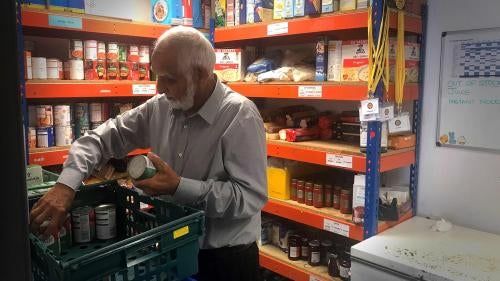 The UK’s planned exit from the EU (Brexit) strained democratic institutions and put human rights and the rule of law at risk.

In September, the government was forced by parliament to publish a key planning document outlining potential impacts of the UK leaving the EU without an agreement (known as “no-deal” Brexit). Its publication raised serious rights concerns including those related to access to adequate food and medicine, fuel shortages, interruptions to social care for older people and people with disabilities, possible public disorder, and the risk of increased dissident activity in Northern Ireland. The government accepted that a “no deal Brexit” would have the greatest impact on economically vulnerable and marginalized groups.

In September, the Supreme Court ruled unlawful the government’s five-week suspension of parliament earlier the same month, leading to parliament’s recall. The government was forced by law adopted by parliament in September to seek an extension to the UK’s membership of the EU aimed at avoiding a no-deal Brexit. Government sources criticized the Supreme Court ruling and threatened to ignore the binding law requiring an extension request.

The extension was granted by the EU27, and the Brexit date at time of writing was the end of January 2020. Parliament was dissolved in November after opposition parties agreed to a December 2019 general election (which had yet to take place at time of writing).

In May, the UN special rapporteur on extreme poverty published a report on the disproportionate negative impact of austerity-motivated spending cuts, combined with social security restructuring, on the rights of women, children, older people, and people with disabilities living on low incomes.

The UK continued to detain asylum seeking and migrant children.

In October legislation passed by the UK Parliament to decriminalize abortion and provide for marriage equality in Northern Ireland in 2020 came into force when the region’s devolved government failed to reconvene having been suspended since January 2017.

More than two years after the deadly Grenfell Tower fire in London that killed 71, there has been little accountability for the deaths or the fire. In October, the findings of the first phase of the public inquiry into the fire were published, focusing on the day of the fire. A criminal investigation was ongoing at time of writing.

In February, a new counterterrorism law entered into force, including measures that criminalize viewing online content, overseas travel and support to terrorism and could result in human rights violations. UK authorities continued to exercise powers to strip citizenship from UK nationals suspected of terrorism-related activity.

In July, the government refused to establish a judicial inquiry into UK complicity in the CIA-led torture and secret detention. At time of writing, no one in the UK had been charged with a crime in connection with the abuses. In November, a media investigation found evidence of a cover up by UK authorities of alleged war crimes by UK forces in Iraq and Afghanistan.