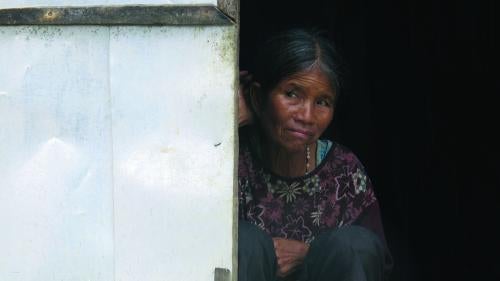 Despite renewed economic growth and progress on a number of social indicators in 2015, Vietnam’s record on civil and political rights remained dismal. The ruling Communist Party has a monopoly on political power and allows no challenge to its leadership. Basic rights, including freedoms of speech, opinion, press, association, and religion, are restricted. Rights activists and dissident bloggers face constant harassment and intimidation, including physical assault and imprisonment. Farmers continue to lose land to development projects without adequate compensation, and workers are not allowed to form independent unions.

Analysts suggested that the government was trying to keep the number of political arrests and trials to a minimum in 2015 because it faced scrutiny from the United States Congress as negotiations over the Trans-Pacific Partnership (TPP) neared completion. Even so, there were many notable instances of government persecution of critics.

Police abuse received increasing attention from local media in 2015, but police still frequently torture suspects to elicit confessions and sometimes use excessive force in responding to protests over evictions, land confiscation, and other social issues. The government took no steps in 2015 to repeal laws criminalizing peaceful expression.

Bloggers Nguyen Huu Vinh (known as Anh Ba Sam), Nguyen Thi Minh Thuy, and Nguyen Dinh Ngoc (known as Nguyen Ngoc Gia), arrested in 2014, remained in police custody and had still not been put on trial at time of writing.

In February 2015, the People’s Court of Dong Nai province put rights activists Pham Minh Vu, Do Nam Trung, and Le Thi Phuong Anh on trial for “abusing the rights to freedom and democracy to infringe upon the interests of the state,” an offense under penal code article 258. They were sentenced to 18, 14, and 12 months in prison, respectively.

In April, the authorities arrested Nguyen Viet Dung for participating in a “pro-tree” peaceful march at Hoan Kiem lake in Hanoi and charged him with disrupting public order under article 245 of the penal code. In August, police in Thanh Hoa province arrested Dinh Tat Thang for sending out letters criticizing provincial leaders and police. He was charged under article 258. In September, police in Thai Binh province arrested former political prisoner Tran Anh Kim for “activities aiming to overthrow the people’s administration” under penal code article 79. Tran Anh Kim had recently finished a five-year, six-month prison sentence in January 2015, also under article 79.

In September, the government temporarily suspended the sentence of prominent blogger Ta Phong Tan, who was then escorted directly from prison to Noi Bai airport for the US. As with legal activist Cu Huy Ha Vu and blogger Nguyen Van Hai (known as Dieu Cay), who were similarly exiled to the US in 2014, Ta Phong Tan would have to serve the rest of her 10-year sentence were she to return to Vietnam.

The government restricts religious practice through legislation, registration requirements, harassment, and surveillance. Religious groups are required to gain approval from and register with the government, as well as operate under government-controlled management boards.

While authorities allow many government-affiliated churches and pagodas to hold worship services, they ban religious activities that they arbitrarily deem contrary to the “national interest,” “public order,” or “national great unity.” In 2015, authorities interfered with the religious activities of unrecognized branches of the Cao Dai church, the Hoa Hao Buddhist church, independent Protestant and Catholic house churches in the central highlands and elsewhere, Khmer Krom Buddhist temples, and the Unified Buddhist Church of Vietnam.

In January 2015, UN Special Rapporteur on Freedom of Religion or Belief Heiner Bielefeldt issued a report identifying “serious problems” in Vietnam’s approach to religion, notably “legal provisions that tend to give broad leeway to regulate, limit, restrict or forbid the exercise of freedom of religion or belief.”

In April 2015, the Ministry of Interior published the fourth draft of a Law on Belief and Religion, scheduled to be approved by the National Assembly in 2016. Although the draft contains a few marginal improvements on the existing legal framework, it maintains mechanisms allowing authorities to persecute religious groups they dislike and could even give such mechanisms greater legal force.

Members of ethnic minorities in the Central Highlands continue to be accused of religious “evil ways” and politically “autonomous thoughts” and subjected to intimidation, forced renunciation of faith, arbitrary arrests, and mistreatment in custody.

In January, April, and July, police prohibited unsanctioned Buddhist Hoa Hao groups from commemorating the anniversaries of the birth and death of Hoa Hao founder Huynh Phu So and of his establishment of the Hoa Hao faith. Participants were intimidated, harassed, and assaulted.

Vietnamese courts remained firmly under the control of the government and Communist Party, and trials of political and religious dissidents consistently failed to meet international fair trial standards. Police regularly intimidated and in some cases detained family members and friends who tried to attend trials.

Deaths in police custody continued to be reported in 2015. In July, Vu Nam Ninh died in Detention Center No.1 (Hanoi). According to the victim’s family, “there were serious injuries all over his body; his face, chest and arms were swollen; his nose, collarbone and fingers were broken … there was a deep stab on his left leg and blood in his nose. There were serious bruises on the shoulders, nape and underarms.” The police told media that the case is under investigation.

People who are dependent on drugs, including children, continued to be held in government detention centers where they are forced to perform menial work in the name of “labor therapy.” Violations of center rules and failure to meet work quotas are punished by beatings and confinement to disciplinary rooms where detainees claim they are deprived of food and water. In 2015, the government reduced the overall number of detainees, but confirmed plans to leave some 15,000 detainees in the centers by 2020.

Vietnam’s most important foreign relations were with China and the US, but linkages with Japan, Cambodia, the European Union, the Association of Southeast Asian Nations, and Australia were also significant.

Vietnam’s relationship with China continued to be complicated by maritime territorial disputes, though perhaps more important for both was the shared commitment by each country’s communist party to maintain its rule. Chinese President Xi Jinping visited Vietnam in November 2015.

The US continued to deepen ties with Vietnam across the board. It made some efforts to press Hanoi to improve its human rights record, but the issue was not prominent in the meeting between President Barack Obama and Communist Party General Secretary Nguyen Phu Trong during Trong’s visit in to the US in July 2015, the first-ever White House visit by the head of the Vietnamese Communist Party.

The EU made few efforts to promote respect for rights. In August, the EU and Vietnam reached an agreement in principle on a free trade agreement. Japan failed to use its status as Vietnam’s largest bilateral donor to publicly press for reforms even as, in July, it completed TPP bilateral negotiations with Vietnam.

Australia’s relationship with Vietnam continued to grow, also with little attention to human rights. The two countries signed the Declaration on Enhancing the Australia-Vietnam Comprehensive Partnership in March and held their 12th human rights dialogue in August.

Vietnam maintained close security ties with Cambodia, despite some border friction between the two countries. Vietnam successfully pressured Cambodia to refuse to register hundreds of Vietnamese Montagnards as asylum seekers and to return dozens of Montagnards back to Vietnam where many have been subjected to persecution.