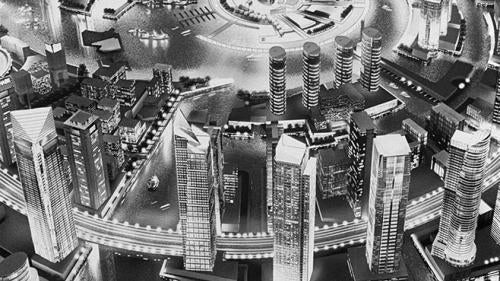 The United Arab Emirates (UAE) continued in 2014 to arbitrarily detain individuals it perceives as posing a threat to national security, and its security forces continued to face allegations that they torture detainees in pretrial detention. UAE courts invoked repressive laws to prosecute government critics, and a new counterterrorism law poses a further threat to government critics and rights activists. Migrant construction workers on one of the country’s most high-profile projects continued to face serious exploitation, and female domestic workers were still excluded from regulations that apply to workers in other sectors.

In January 2014, 20 Egyptians and 10 Emiratis received five-year jail sentences on charges that they set up a branch of the Muslim Brotherhood in the country. They alleged that UAE authorities subjected them to torture in detention and denied them access to legal assistance for many months.

Two British nationals alleged that they endured torture in pretrial detention. Hasnan Ali, whom a court acquitted of drug charges in April 2014, alleged that police in Dubai beat and threatened to shoot and sexually assault him. Ahmed Zeidan, who received a nine-year sentence for drug possession in May 2014, alleged that police in Dubai held him in solitary confinement for eight days and threatened him with sexual assault. Both men claim they signed legal statements in Arabic, a language neither can read.

In February 2014, the UN special rapporteur on the independence of judges and lawyers criticized the lack of judicial independence in the UAE, arguing that the executive branch exerts de facto control over the judiciary. She also expressed concern over reports of the use of secret detention facilities and the ill-treatment and torture of individuals held in incommunicado detention.

Freedom of Expression, Association and Assembly

In August, the UAE issued a counter-terrorism law that will give UAE authorities the power to prosecute peaceful critics, political dissidents and human rights activists as terrorists. The law classifies a broad range of peaceful and legitimate conduct as terrorism offenses and provides for the death penalty for, among other things, undermining national unity.

The UAE continued to use a repressive 2012 cybercrime law to prosecute critics of the government. On March 10, 2014, a court found Emirati nationals Khalifa Rabia and Othman al-Shehhi guilty of criticizing state security on Twitter, sentencing them to five years in prison and fining them 500,000 AED (US$98,378). The day after Rabia’s arrest, the government-linked Emirati television channel 24.ae aired a piece analyzing in detail his Twitter account, accusing him of “affiliation with secret cells,” and referring to his use of Twitter hashtags such as #UAE_freemen as evidence.

On November 25, the Federal Supreme Court sentenced Osama al-Najer to three years in jail for charges that included “damaging the reputation of UAE institutions” and “communicating with external organisations to provide misleading information.” Al-Najer had criticized the June 2013 conviction of 69 Emiratis with ties to an Islamist group and was quoted in a Human Rights Watch press release that contained credible allegations that the detainees had been tortured during interrogations.

In January 2014, authorities denied entry to a Human Rights Watch staff member and placed two others on the blacklist as they left the country in the immediate aftermath of the release of Human Rights Watch’s 2014 World Report. According to UAE immigration law, the blacklist includes the names of individuals prohibited to enter the country “for being dangerous to public security.”

Foreigners account for more than 88.5 percent of UAE residents, according to 2011 government statistics, but despite labour reforms, low-paid migrant workers continue to be subjected to abuses that amount to forced labor. Domestic workers are particularly vulnerable to abuse, since they do not enjoy even the minimal protection afforded by UAE labor law. The kafala sponsorship system, which operates in all Gulf Cooperation Council states, ties migrant workers to individual employers who act as their visa sponsors. In practice, the system severely restricts workers’ ability to change employers. The system gives employers inordinate power over workers by entitling them to revoke migrant workers’ sponsorship at will, thereby removing their right to remain in the UAE and making them liable to deportation.

Under new regulations from 2010, workers covered under the labor law can switch employers in certain cases. However, domestic workers—who are excluded from this reach—cannot transfer employers before their contract ends or they receive their employer’s consent.

Nearly five years after Human Rights Watch first revealed systematic human rights violations of migrant workers on Abu Dhabi’s Saadiyat Island, a development project which will host branches of the Louvre and Guggenheim museums and New York University, some employers continued to withhold wages and benefits from workers, failed to reimburse recruiting fees, confiscated worker passports, and housed workers in substandard accommodation. The government summarily deported Saadiyat workers who went on strike to protest low pay after their employers contacted the police. Despite significant and laudable labor law reforms and policies implemented by the development companies involved in the project, the lack of rigorous investigation, enforcement and sanction resulted in ongoing abuses of workers.

Domestic workers, a predominately female subset of the migrant worker population, continued to experience a range of abuses. Some accused their employers of having physically abused them, confined them to the homes in which they worked, and confiscated their passports. Many said their employers failed to pay the full wages due to them; forced them to work excessively long hours without breaks or days off; or denied them adequate food, living conditions or medical treatment. Some workers continued to be employed in circumstances that amount to forced labor, slavery, or trafficking.

Domestic workers are excluded from Ministry of Labor regulations that apply to other migrant labor sectors, such as one that imposes fines on employers who make the workers they contract pay recruitment fees. In March 2014, the Federal National Council passed a motion to curb the increasingly high recruitment agency fees for domestic workers. In June 2014, the authorities issued a revised standard contract for domestic workers that now provides them with weekly days off and 8 hours of rest in any 24-hour period. The contract, however, is no substitute for labor law protections.

Federal law No. 28 of 2005 regulates matters of personal status in the UAE and some of its provisions discriminate against women. For example, it requires that a male guardian conclude a woman’s marriage contract; likewise,talaq (unilateral divorce) occurs when the husband makes a declaration before a judge.

Domestic violence is permitted under UAE law. Article 53 of the UAE's penal code allows the imposition of “chastisement by a husband to his wife and the chastisement of minor children” so long as the assault does not exceed the limits prescribed by Sharia, or Islamic law. Article 56 of the UAE's personal status code obligates women to “obey” their husbands. In 2010, the UAE’s Federal Supreme Court issued a ruling—citing the UAE penal code—that sanctions beating and other forms of punishment or coercion by husbands on their wives, provided they do not leave physical marks.

The UAE participated in United States-led airstrikes on militant Islamist forces in Iraq and Syria during the year, and along with Egypt bombed Islamist militia forces in Libya.

The European Union holds human rights working group sessions with the UAE, where it discusses women’s rights and migrant worker issues, but more contentious topics such as freedom of expression and torture are not on the agenda.