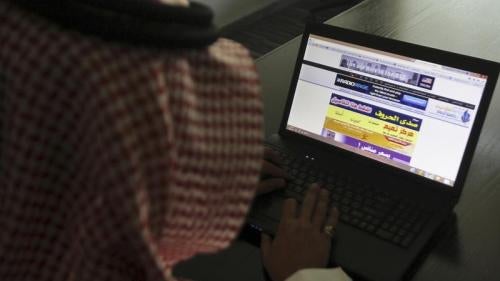 Saudi Arabia continued in 2014 to try, convict, and imprison political dissidents and human rights activists solely on account of their peaceful activities. Systematic discrimination against women and religious minorities continued. Authorities failed to enact systematic measures to protect the rights of 9 million foreign workers. As in past years, authorities subjected hundreds of people to unfair trials and arbitrary detention. New anti-terrorism regulations that took effect in 2014 can be used to criminalize almost any form of peaceful criticism of the authorities as terrorism.

The Specialized Criminal Court, Saudi Arabia’s terrorism tribunal, sentenced prominent Eastern Province activist Fadhil al-Manasif to 15 years in prison, a 15-year ban on travel abroad, and a large fine on April 17 after it convicted him on charges that included “breaking allegiance with the ruler,” “contact with foreign news organizations to exaggerate the news,” and “circulating his phone number to [foreign] news agencies to allow them to call him.” The charges arose from al-Manasif’s assistance to international media covering the 2011 protests in Eastern Province.

A Specialized Criminal Court judge ordered the detention of prominent human rights lawyer Waleed Abu al-Khair on April 15. In July, the  court convicted him on vague charges arising solely from his peaceful activism, sentencing him to 15 years in prison, a 15-year travel ban, and a fine of 200,000 Saudi Riyals (US$53,000). On August 11, the day after Abu al-Khair refused to cooperate in his transfer to another prison, Jeddah prison authorities beat him and dragged him from the prison with chains, injuring his ankles, then dispatched him to another prison almost 1,000 kilometers away from his family home.

Authorities continued to persecute activists associated with the Saudi Civil and Political Rights Association (ACPRA). In June, a court sentenced Fowzan al-Harbi to seven years in prison but suspended six years of the sentence on condition that he does not return to his activism. Issa al-Hamid, the brother of imprisoned activist Abdullah al-Hamid, was on trial in September on charges that included “inciting [people] to violate public order and spreading discord” and “insulting the judiciary.” Others were under investigation.

An appeals tribunal inside the Specialized Criminal Court in July upheld a sentence of five years in prison and a 10-year travel ban for human rights advocate Mikhlif al-Shammari, based on his writings and exposure of human rights abuses.

Saudi officials continue to refuse to register political or human rights groups, leaving members subject to prosecution for “setting up an unregistered organization.” Saudi officials did not pass a long-awaited associations law in 2014, leaving Saudi citizens with no legal avenue to set up non-charity nongovernmental organizations.

Saudi Arabia does not tolerate public worship by adherents of religions other than Islam and systematically discriminates against Muslim religious minorities, notably Twelver Shia and Ismailis.

In May, a Jeddah court convicted activist Raif Badawi and sentenced him to 10 years in prison and 1,000 lashes for “insulting Islam” by founding a critical liberal website, and for his comments during television interviews. An appeals court upheld the sentence in September.

Detainees, including children, commonly face systematic violations of due process and fair trial rights, including arbitrary arrest and torture and ill-treatment in detention. Saudi judges routinely sentence defendants to floggings of hundreds of lashes.

Judges can order arrest and detention, including of children, at their discretion. Children can be tried for capital crimes and sentenced as adults if physical signs of puberty exist.

Saudi Arabia applies Sharia (Islamic law) as the law of the land. Judges decide many matters relating to criminal offenses pursuant to Sharia in accordance with established rules of jurisprudence and precedent.

While there is no formal penal code, the government has passed some laws and regulations that subject certain broadly-defined offenses to criminal penalties. In the absence of a written penal code or narrowly-worded regulations, however, judges and prosecutors can criminalize a wide range of offenses under broad, catch-all charges such as “breaking allegiance with the ruler” or “trying to distort the reputation of the kingdom.”

Authorities do not always inform suspects of the crime with which they are charged, or allow them access to supporting evidence, even after trial sessions have begun in some cases. Authorities generally do not allow lawyers to assist suspects during interrogation and often impede them from examining witnesses and presenting evidence at trial.

Authorities continued to arrest and hold suspects for months and sometimes years without judicial review or prosecution. On May 15, an Interior Ministry database showed that criminal justice officials were holding 293 individuals whose pretrial detention exceeded six months without having referred their cases to the judiciary. At least 31 people had been detained “under investigation” for more than six months.

Saudi Arabia permitted representatives of certain foreign diplomatic missions to monitor trials of Saudi dissidents and activists in 2014 for the first time.

Saudi authorities promulgated a new anti-terrorism law on January 31 that contains serious flaws. Its vague and overly broad provisions allow authorities to criminalize free expression and it gives the authorities excessive police powers that are not subject to judicial oversight. On March 7, the Interior Ministry issued further regulations designating a list of groups the government considers terrorist organizations, as well as other provisions that proscribe acts such as “calling for atheist thought,” throw[ing] away loyalty to the country’s rulers,” “contact or correspondence with any groups, currents [of thought], or individuals hostile to the kingdom,” and participating in or calling for protests or demonstrations.

In June, the Ministry of Justice announced that prosecutors had filed 191 cases of alleged sorcery—a crime punishable by death—between November 2013 and May 2014, including some against foreign domestic workers.

According to media reports, Saudi Arabia executed at least 68 persons between January and mid-November 2014, mostly for murder, drug offenses, and armed robbery, including 31 between August 4 and September 4. Thirty-one of those executed were convicted for non-violent crimes, including one man sentenced for sorcery.

On October 15, Specialized Criminal Court sentenced  prominent Shia cleric Nimr al-Nimr to death on a host of vague charges, based largely on his peaceful criticism of Saudi officials.

Saudi Arabia’s discriminatory male guardianship system remains intact despite government pledges to abolish it. Under this system, ministerial policies and practices forbid women from obtaining a passport, marrying, traveling, or accessing higher education without the approval of a male guardian, usually a husband, father, brother, or son.

Authorities also fail to prevent some employers from requiring male guardians to approve the hiring of adult female relatives or some hospitals from requiring male guardian approval for certain medical procedures for women. In February, a member of the Senior Council of Scholars,  the highest state body for the interpretation of Islamic law, issued a fatwa stating that women are not allowed to visit a male doctor without their male guardians. They are not allowed to expose parts of the body with the exception of a medical emergency.  All women remain banned from driving in Saudi Arabia.

Likewise, under un-codified rules on personal status, women are not allowed to marry without the permission of their guardian; unlike men, they do not have a unilateral right to divorce and often face discrimination in relation to child custody. In September, the Supreme Judicial Council issued a decision to allow women granted custody of their children to handle all affairs related to their children including obtaining official documents. To travel outside the country with theirchildren, however,  women still require the permission of the children’s father .

In a welcome move in April, the Shura Council, Saudi Arabia’s highest consultative body, directed the Education Ministry to study the possibility of introducing physical education for girls in Saudi public schools, which, if enacted, would end the longstanding ban on sports for girls.

Over 9 million migrant workers fill manual, clerical, and service jobs, constituting more than half the workforce. Many suffer abuses and exploitation, sometimes amounting to conditions of forced labor.

The kafala (sponsorship) system ties migrant workers’ residency permits to “sponsoring” employers, whose written consent is required for workers to change employers or exit the country under normal circumstances. Some employers illegally confiscate passports, withhold wages, and force migrants to work against their will.

Saudi officials, wary that the domestic unemployment rate of 12 percent may grow as the domestic population increases, have issued a set of labor reforms since 2011 that create a tiered quota system for the employment of Saudi citizens in the private labor sector that differs according to the nature of the business. As part of these reforms, Saudi labor authorities in 2014 began allowing foreigners working in firms that do not employ the required percentage of Saudis to change jobs without employer approval.

Police and labor authorities in 2014 continued a vigorous campaign to arrest and deport foreign workers found in violation of existing labor laws, targeting workers who did not have valid residency or work permits, or those found working for an employer other than his or her legal sponsor. According to the International Organization on Migration (IOM), Saudi Arabia deported 163,018 Ethiopians between November 2013 and March 2014, and 458,911 Yemenis between June 2013 and June 2014. There were reports that prior to deportation some deportees were placed inovercrowded detention conditions, denied adequate food and water, and physically abused by guards. Between December and March 2014, Saudi Arabia deported 38,164 Somalis to Mogadishu, including hundreds of women and children, without allowing any to make refugee claims.

Domestic workers, most of them women, frequently endure a range of abuses including overwork, forced confinement, non-payment of wages, food deprivation, and psychological, physical, and sexual abuse without the authorities holding their employers to account. Workers who attempted to report employer abuses sometimes faced prosecution based on counterclaims of theft or “sorcery.”

During a visit to Saudi Arabia in March, US President Barack Obama did not discuss human rights issues with Saudi officials. State Department spokespeople stated that the US was “troubled” over the conviction of Waleed Abu al-Khair and “concerned” over Raif Badawi’s harsh sentence. Otherwise the United States did not criticize Saudi human rights violations beyond Congressionally-mandated annual reports. In 2014, Saudi Arabia was classified as a Country of Particular Concern under the US International Religious Freedom Act for having engaged in or tolerated particularly severe violations of religious freedom.

On December 27, 2013, a Gulf Cooperation Council (GCC) joint security agreement came into force. The agreement’s 20 provisions include a vaguely worded article that would suppress “interference in the domestic affairs” of other GCC countries, which could be used to criminalize criticism of Gulf countries or rulers. Another provision provides for sharing citizens’ and residents’ personal data at the discretion of Interior Ministry officials, apparently without judicial oversight.