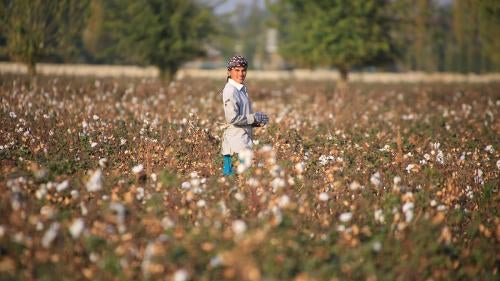 Three years since Uzbekistan’s President Shavkat Mirziyoyev assumed the presidency, he has taken some concrete steps to improve the country’s human rights record. In August, ordering the closure of the notorious Jaslyk prison, long a symbol of torture and imprisonment of government critics, Mirziyoyev fulfilled a key demand of United Nations human rights bodies. In May, breaking with decades of censorship of the internet, authorities lifted a ban on several critical websites.

At the same time, the government remains authoritarian. Thousands of people, mainly peaceful religious believers, remain in prison on false charges. The security services retain vast powers to detain perceived critics, and there is no genuine political pluralism.

Political Prisoners and Lack of Rehabilitation

Since September 2016, authorities have released more than 50 people imprisoned on politically motivated charges, including rights activists, journalists, and opposition activists.

Prison authorities have also reportedly released hundreds of independent Muslims, who practice Islam outside strict state controls, but this is impossible to verify. Since late 2017, authorities claim to have removed over 20,000 citizens from security services’ “blacklists,” which allowed authorities to regularly summon for questioning those suspected of extremism and restrict their movements.

While the releases raised hopes for reform, authorities have not provided former prisoners with avenues for legal redress, including overturning unjust convictions, or access to adequate medical treatment, even though many remain in terrible health due to their ordeal.

Some released activists, such as opposition figure Samandar Kukanov and rights defender Chuyan Mamatkulov, have challenged their unjust convictions in court. While Mamatkulov has succeeded in obtaining a new trial, in July the Supreme Court rejected Kukanov’s effort to quash the conviction, ruling that “all charges in the case … had been proven.”

Despite a 2018 decree that reduced their powers, Uzbekistan’s security services continued to wield enormous power. They used treason (article 157) and other charges to detain so-called enemies of the state.

One example are the charges brought against retired Uzbek diplomat Kadyr Yusupov, 67, who served as Uzbekistan’s head of mission to the Organization for Security and Co-operation in Europe (OSCE), among other positions, until his retirement in 2009. In December 2018, Yusupov was admitted to hospital with serious injuries following an apparent suicide attempt. Security services detained him straight from his hospital bed in Tashkent on treason charges. He has been held at a Tashkent pretrial detention facility ever since.

Yusupov’s relatives told Human Rights Watch that during the first four months of his detention, officers psychologically tortured him, threatening that if he did not admit guilt, they would rape him with a rubber baton, rape his wife and daughter, and arrest his two sons. Yusupov’s trial began in Tashkent in June. As with several ongoing cases concerning charges of treason, it is closed to the public.

Andrei Kubatin, a professor of Turkic studies, has been imprisoned since December 2017 on fabricated treason charges and was tortured in detention. His crime was allegedly sharing publicly available, historical documents with a Turkish cultural attaché. Kubatin’s case, around which numerous international scholars have rallied, shows that despite efforts by President Mirziyoyev to rein in the security services, they continue to play an outsize role. Kubatin was released in late September and fully exonerated, with charges against him dropped.

Thousands of others, most of them peaceful religious believers, are jailed on extremism and other political charges. They include Akrom Malikov and Rustam Abdumannapov, scholars; Mirsobir Hamidkariev, a film producer; Aramais Avakyan, a fisherman; Vladimir Kaloshin, a journalist; Ruhiddin Fahriddinov (Fahrutdinov), an independent religious cleric; and Ravshan Kosimov, Viktor Shin, and Alisher Achildiev, soldiers.

Freedom of speech has improved and on several occasions President Mirziyoyev has urged media not to hold back in addressing urgent social issues, but free speech remains restricted. In December 2018, the government restored access to YouTube and Facebook, which had been periodically blocked. In May, the government unblocked at least 11 websites that had been inaccessible for over a decade, including Eurasianet, Fergana News, Human Rights Watch, and the BBC’s Uzbek service. In the past two years, Eurasianet, Voice of America, and the BBC’s correspondents have all received accreditation. However, Ozodlik, the Uzbek service of Radio Free Europe/Radio Liberty (RFE/RL), remains inaccessible and unable to operate.

The OSCE’s special representative on media freedom, Harlem Desir, welcomed the move to unblock and provide accreditation to some news outlets, but said authorities should unblock Ozodlik and all other inaccessible sites.

In 2018 and 2019, the Justice Ministry announced new regulations on nongovernmental organizations (NGOs), ostensibly designed to relax registration procedures and control over these groups’ activities. One positive move eliminated the rule that NGOs could keep funds in only two state-approved banks. But the government has yet to overturn a restrictive 2015 law requiring NGOs to receive advanced permission to conduct virtually any activity. NGOs said this provision has a chilling effect on their work and infringes on freedom of expression and association.

The ministry has yet to register any new human rights organizations and on three occasions rejected the application by released rights defenders, Azam Farmonov, Agzam Turgunov, and Dilmurod Saidov, to register an NGO called Restoration of Justice. The group would focus on criminal justice reform and legal rehabilitation for people who have been wrongfully imprisoned.

Barriers to NGO registration also affect international organizations. While Human Rights Watch has been able to freely visit the country and conduct research since August 2017, it remains unable to register due to a 2011 Supreme Court decision.

Alongside Turkmenistan, Uzbekistan is one of only two post-Soviet states where consensual sexual relations between men are still criminalized, carrying a prison sentence of one to three years (article 120).

Hate crimes against lesbian, gay, bisexual, and transgender (LGBT) people, especially beatings and torture of men perceived to be gay, occur with regularity and are often recorded and posted online. In August, an Istanbul-based LGBT activist, Shohruh Salimov, along with others, sent a public appeal to President Mirziyoyev asking him to scrap article 120 and protect the lives of LGBT people. Instead of investigating the attacks, police visited his relatives’ home and threatened to arrest him. LGBT activists told Human Rights Watch they constantly fear arrest and being disowned by family and friends.

In 2019, there was rising public anger over hastily conducted mass demolitions across the country, which have been carried out as a campaign of urban renewal and beautification. International human rights law requires that any process of expropriation or government acquiring of an individual’s property be subject to due process and appropriate and adequate compensation. Expropriation should never be arbitrary nor place an undue burden upon individuals. The government’s campaign led some residents to take desperate measures.

On July 20, following several other isolated incidents of self-immolation by disaffected residents faced with forced eviction, the owner of a workshop set for demolition in the village of Yakkabog in Uzbekistan’s southeastern Qashqadaryo province doused the deputy district head, Mansur Tuymaev, with gasoline, setting him on fire when he arrived to supervise the demolition of the building. Ozodlik reported that anger against Tuymaev and demolitions conducted with little to no compensation or notice had been seething for months in the community.

In July, more than 1,000 people demanding compensation for their demolished homes blocked a road in northwestern Khorezm province to fend off attempts by police and soldiers to disperse them. Uzbekistan’s constitution and other laws guarantee the right to private property, protect against arbitrary interference with this right, and even guarantee government support in obtaining housing. International human rights law protects against arbitrary interference with the home and property, and also protects the right to housing.

Civil society groups such as the Uzbek-German Forum for Human Rights documented many examples of forced labor during the autumn 2019 harvest. In November, it reported that public sector employees from across the country, with the exception of those in larger cities, had complained of having to pick cotton or pay for someone to do it in their place.

In July, the US State Department’s trafficking-in-persons report kept Uzbekistan in its place on the “Tier II watch list,” citing the government’s efforts to combat forced and child labor in the country’s cotton sector.

The US State Department upgraded Uzbekistan’s ranking in its annual International Religious Freedom report, removing it from the list of “countries of particular concern”— states which commit serial violations of religious freedom—and placed it on a watchlist. The State Department made this designation despite the views of the Commission on International Religious Freedom, a US congressional advisory body, that recommended Uzbekistan stay on the list.

In a March report, the European Parliament called on the European Union to closely monitor Uzbekistan's political reforms and urged Tashkent to create a “genuinely independent parliament resulting from a genuinely competitive election” and to take steps aimed at "protecting human rights, gender equality and freedom of the media.” The report came after Brussels open talks with Tashkent on a Comprehensive Enhanced Partnership and Cooperation Agreement (EPCA) with Uzbekistan, which would upgrade existing trade arrangements and other areas of cooperation.