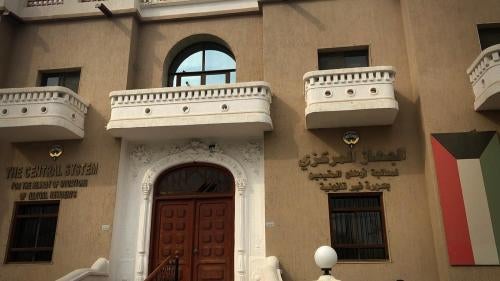 Kuwaiti authorities continue to use provisions in the constitution, the national security law, and other legislation to restrict free speech, prosecute dissidents, and stifle political dissent.

The Bidun, a community of stateless people who claim Kuwaiti nationality, continue to remain in legal limbo while the government addresses this longstanding issue largely through abuse and coercion.

Kuwait continues to allow Human Rights Watch access to the country, unlike many of its Gulf neighbors, and engaged in dialogue with the organization on a range of human rights issues during a 2019 visit by Human Rights Watch.

Two-thirds of Kuwait’s population is comprised of migrant workers, who remain vulnerable to abuse despite recent reforms. In January 2018, the Philippines Department of Labor and Employment (DOLE) issued a  temporary ban on Filipinos seeking to migrate to Kuwait for work, pending an investigation into the deaths of seven domestic workers in the country. In May 2018, both countries agreed on additional legal protections for Filipino workers in Kuwait, including the right for workers to retain their passport. Since then, local media reported at least one case, in May 2019, where an employer allegedly sexually assaulted and beat a Filipina domestic migrant worker to death.

In 2015, the National Assembly passed a law granting domestic workers the right to one day off per week, 30 days paid leave per year, a maximum 12-hour working day with rest, and an end-of-service benefit of one month’s wage for every year worked at the end of the contract, among other rights. In 2016 and 2017, the Interior Ministry passed implementing regulations for the law, and mandated that employers must pay overtime compensation and established a minimum wage of KD60 (approximately US$197) for domestic workers. However, protections for domestic workers are still weaker than those in Kuwait’s labor law. The domestic worker law fails to set out enforcement mechanisms and lacks mechanisms to sanction employers who confiscate passports or fail to provide adequate housing, food, and medical expenses, work breaks, or weekly rest days.

Human Rights Watch found that migrant domestic workers are still subject to abuse and exploitation including excessively long working hours without rest or days off, forced confinement to the house, delayed or unpaid salaries, and physical and sexual abuse. Many domestic workers have not been able to claim their rights under the new law, in part because of the kafala system under which they cannot leave or change employers without their employer’s consent. If they flee their employer, they can be arrested for “absconding.”

Kuwaiti authorities have invoked several provisions in the constitution, penal code, Printing and Publication Law, Misuse of Telephone Communications and Bugging Devices Law, Public Gatherings Law, and National Unity Law to prosecute journalists, politicians, and activists for criticizing the emir, the government, religion, and rulers of neighboring countries in blogs or on Twitter, Facebook, or other social media platforms.

In July 2018, Kuwait’s Court of Cassation convicted 16 people and sentenced them to two to three-and-a-half years in prison with labor over storming parliament and calling for the country’s prime minister to resign during a 2011 protest. On October 23, authorities arrested one of the convicts, Fahad Al Khannah, a former lawmaker, after he returned to Kuwait from Turkey.  On November 5, he was released from detention with an Amiri pardon.

The Cybercrime Law, which went into effect in 2016, includes far-reaching restrictions on internet-based speech and activism, such as prison sentences, and fines for insulting religion, religious figures, and the emir. Human rights defenders, such as Abdulhakim Al-Fadhli, Hamed Jameel, Khalifa Al-Anezi, Karima Karam, Anwar Al-Roqi, and Aisha Al-Rasheed  have been targeted with this law for their peaceful activities on the internet, especially those supporting Bidun rights.

The Bidun, a community of between 88,000 to 106,000 stateless people who claim Kuwaiti nationality, remain in legal limbo, dating back to the foundation of the Kuwaiti state in 1961.

Claiming that most of the Bidun moved to Kuwait from neighboring countries in search of a better livelihood and hid their other nationalities to claim Kuwaiti citizenship, the government refers to them as “illegal residents,” resulting in obstacles to them obtaining civil documentation, consistently receiving social services, and interfering with their fundamental rights to health, education, and work, among others.

The Central System for the Remedy of Situations of Illegal Residents, the current administrative body in charge of Bidun affairs, since 2011 has started issuing temporary ID cards. However, the process of determining applicants’ eligibility for services and whether they hold another nationality remains opaque. The ID cards issued to Bidun in recent years have often indicated that the cardholder possesses another nationality, such as Iraqi, Saudi, or Iranian citizenship, but it remains unclear how the Central System determines the individual’s alleged nationality and what due process systems are available for Bidun to challenge the Central System’s decision.

Article 12 of the 1979 Public Gatherings Law bars non-Kuwaitis from participating in public gatherings. In July, Kuwait’s State Security agency arrested at least 14 activists from the Bidun community after they organized a peaceful sit-in at al-Hurriya Square in al-Jahra town, near Kuwait City, in response to the death of Ayed Hamad Moudath. Moudath, 20, died by suicide on July 7 after the government reportedly denied him civil documentation. More than a dozen jailed activists began a hunger strike on August 22 to protest violations against themselves and the Bidun community.

In July, Kuwaiti authorities unlawfully returned eight Egyptian dissidents despite the serious risk of torture and persecution they face in Egypt, claiming Egyptian authorities sought them for crimes they allegedly committed in Egypt as members of the Muslim Brotherhood.

Kuwaiti personal status law, which applies to Sunni Muslims who make up the majority of Kuwaitis, discriminates against women. For example, some women require a male guardian to conclude their marriage contracts; women must apply to the courts for a divorce on limited grounds, unlike men who can unilaterally divorce their wives; and women can lose custody of their children if they remarry someone outside the former husband’s family. Men can marry up to four wives, without the permission or knowledge of the other wife or wives. A man can prohibit his wife from working if it is deemed to negatively affect the family interests. The rules that apply to Shia Muslims also discriminate against women.

Under article 153 of the Kuwaiti penal code, a man who finds his mother, wife, sister, or daughter in the act of adultery (zina) and kills them is given a reduced sentence of either a small fine or a maximum three-year prison sentence. Under article 182, an abductor who uses force, threat, or deception with the intention to kill, harm, rape, prostitute, or extort a victim is spared any punishment if he marries the victim with her guardian’s permission. Kuwaiti women married to non-Kuwaitis, cannot pass citizenship to their children or spouses, unlike Kuwaiti men.

Under the penal code, sexual relations outside marriage, including adultery and sex between unmarried persons, is criminalized, as are same-sex relations between men which are punishable by up to seven years in prison. Transgender people can face one year in prison, a 1,000 Kuwaiti dinar fine (US$3293), or both, under a 2007 penal code provision that prohibits “imitating the opposite sex in any way.” Transgender people under this provision have been subjected to arbitrary arrests, degrading treatment, and torture while in police custody. Even cisgender people have been arrested under the law as the law fails to define what “imitating” the opposite sex means.

Kuwait joined the Saudi-led coalition that began attacking Houthi forces in Yemen on March 26, 2015, with media reporting that Kuwait had deployed 15 aircraft. Kuwait has not responded to Human Rights Watch inquiries regarding what role, if any, it has played in unlawful attacks in Yemen.