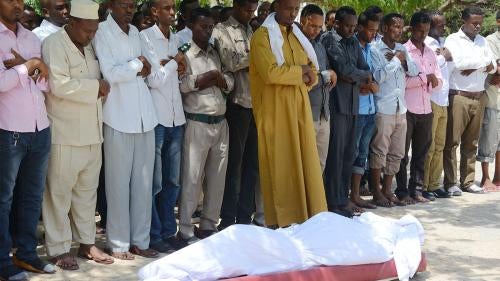 Civilians in Somalia, enduring abuses by all warring parties and dire humanitarian conditions, continue to bear the brunt of the country’s long-running conflict. Government commitments to improve security in areas under its control, and build capacity of rule-of-law institutions, bore limited results in 2016.

Targeted attacks on civilians and civilian infrastructure, particularly by the Islamist armed group Al-Shabab, with suicide bombings and improvised explosive devices (IEDs), continue to have a devastating impact. Over 1 million Somalis remain internally displaced, facing serious abuses and very limited access to basic services. Fighting, linked both to military operations against Al-Shabab and clan fighting over resources and political power, and forced evictions resulted in new civilian displacement and casualties.

Much of the focus of the Somali authorities and their international partners has been on the electoral process. Tight deadlines as well as ongoing political maneuvering and infighting around the electoral process, including between the federal and regional authorities, largely detracted from progress in justice and security sector reform.

The Somali president took a positive step in August by signing a law establishing a national human rights commission. The government also made important commitments to human rights protections during its Universal Periodic Review at the United Nations, but in practice it failed to address violations against the internally displaced and attacks on journalists, among other serious abuses. 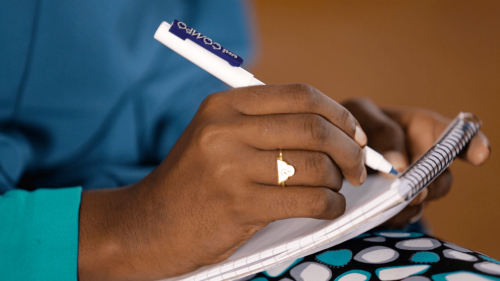 Somalia’s national intelligence agency, NISA, continues to conduct mass security sweeps despite having no legal mandate to arrest or detain. NISA held detainees for prolonged periods without charge or judicial review and on occasion beat suspects during interrogations. On July 21, NISA agents arrested five members of a policy center, Mogadishu Center for Research and Studies, held them without charges or legal counsel until September 6, before releasing them.

Security forces continue to arbitrarily detain and recruit children. Media reported that NISA used children in their custody as informants to identify Al-Shabab members. According to the UN, a government investigation later corroborated the allegations.

The military court in Mogadishu continues to try cases that are not legally within its jurisdiction and in proceedings falling short of international fair trial standards. According to the UN, at least 64 death sentences were issued in 2016. The majority of these were handed down in Puntland, following a large-scale Al-Shabab offensive in Puntland and Galmudug, when a military court sentenced 43 people to death for their association with Al-Shabab in June. According to the UN, 12 of those on death row are believed to be children.

Large-scale forced evictions of internally displaced persons, including by government forces, continued. According to UN figures, during the first eight months of 2016, over 80,000 people were forcibly evicted by government forces and private actors, primarily in Mogadishu.

Inter-clan and inter-regional fighting primarily linked to tensions around the creation of new federal states resulted in civilians deaths and injury and the destruction of property. Fighting broke out in October between the Galmudug interim administration, which was established in 2015, and Puntland forces. At least 22 civilians were killed and dozens injured, and according to the UN, nearly 90,000 people were displaced.

Al-Shabab committed targeted killings, beheadings, and executions, particularly of those accused of spying and collaborating with the government. The armed group continues to administer arbitrary justice, forcibly recruits children, and severely restricts basic rights in areas under its control. Some young men and boys who returned from Kenya’s refugee camps to Al-Shabab-controlled areas, including Buale and Sakoow, have faced pressure to join Al-Shabab.

Al-Shabab regularly targets civilians and civilian structures, with an increase in attacks on schools, hotels, and restaurants in Mogadishu, resulting in numerous casualties. On January 21, Al-Shabab conducted a complex attack on popular restaurants in Mogadishu’s Lido beach, in which over 20 people were killed and dozens injured, including women and children.

Al-Shabab controls and carries out attacks along many supply routes and imposes blockades on towns captured by AMISOM and government forces, restricting movement of goods and assistance.

Al-Shabab continues to threaten and target journalists in government-controlled areas and bans independent media from reporting in areas it controls. It claimed responsibility for a December 3, 2015 car bomb that killed 31-year-old reporter Hindiya Haji Mohamed, who worked for the state-run media.

Reports persist of indiscriminate killings of civilians by AMISOM and other foreign forces, including during operations against Al-Shabab and airstrikes.

On July 17, Ethiopian forces indiscriminately killed 14 civilians during an operation against Al-Shabab in Somalia’s Bay region. So far, despite public commitments from AMISOM’s leadership, and an AMISOM board of inquiry, the findings have not been made public and survivors and the community have not received any compensation.

The UN Security Council repeatedly called on troop-contributing countries to share information with AMISOM’s Civilian Casualty Tracking Analysis Research Cell, but this has not regularly occurred in practice.

While the full scope of sexual violence in Somalia remains unknown, internally displaced women and girls are particularly vulnerable to rape by armed men, including government soldiers and militia. Protection of the most vulnerable communities is largely non-existent.

AMISOM took measures to strengthen its capacity to follow up on sexual exploitation and abuse. However, this capacity remains at the headquarters’ level with restricted reach within the missions’ sectors thus limiting its ability to investigate abuses. The UN reported allegations of gang-rape by 14 AMISOM soldiers of two girls in the Galgudud region; an AMISOM investigation found the allegations were unfounded.

According to the UN, there are currently 1.1 million internally displaced people in Somalia, an estimated 400,000 living in Mogadishu alone, who remain very vulnerable and reliant on assistance. Human Rights Watch and other organizations continue to document serious abuses against displaced people living in government-controlled areas including rape and forced evictions. A number of refugees returning from Kenya as part of a UN-supported repatriation drive ended up in informal displacement camps.

Humanitarian agencies faced challenges accessing needy populations due to insecurity, restrictions imposed by parties to the conflict and targetted attacks.

Targeted attacks on media, including harassment, and intimidation by federal and regional authorities and the Al-Shabab continue.

Sagal Salad Osman, working for the state-run media, was killed on June 5, and Abdiaziz Mohamed Ali, a journalist at Radio Shabelle, was killed on September 27, by unknown gunmen.

The Somali authorities rarely investigate cases of killings or attacks on journalists or prosecute perpetrators; the authorities have only investigated and prosecuted attacks attributed to Al-Shabab, relying on the national intelligence agency, and the country’s military court, whose investigations and trials do not meet international due process standards.

On March 3, the military court sentenced Hassan Hanafi, a journalist who worked for Al-Shabab’s Radio Andalus, to death for his alleged involvement in the killing of at least five journalists; he was excuted on April 11. Hanafi had been held without being brought before a court for over a year, was filmed “confessing” prior to his trial on the state-run media and only met the lawyers representing him on the day of his sentencing.

In January, President Hassan Sheikh signed a new media law that risks further hampering freedom of expression by including many vague media restrictions.

In Puntland, on June 23, the minister of information ordered the closure of Daljir’s FM radio stations throughout the region, reportedly as a result of an interview with a critic of the government. Daljir was off air for 12 days.

Somaliland authorities continue to restrict public criticism of their governance and policies. In May, the justice minister revoked the license of human rights lawyer, Guleid Ahmed Jama, on dubious grounds that his work as a lawyer and as the chairman of a human rights organization were incompatible. The chief justice later revoked the suspension. Authorities regularly detained journalists; some resulted in criminal charges.

Somaliland continued with its negative trend of executions with seven people executed in 2016.

Somaliland authorities have failed to sufficiently control and regulate private mental health centers that have confined patients involuntarily and subjected them to chaining, and, on occasion, beatings. One private center improved it treatment of those with mental disabilities by closing its inpatient facilities and providing support to patients in their communities.

Foreign and regional partners continued to provide financial and other assistance to AMISOM, and the United States and United Kingdom paid the salaries of the Somali national army. Donors also provided direct support to regional security and police forces. In addition to Turkey’s ongoing humanitarian, political, and economic engagements, the Gulf states, primarily the United Arab Emirates, increased their military and political support to Somalia.

US airstrikes and ground operations against Al-Shabab significantly increased in 2016. In November, the US Defense Department acknowledged a September 28 strike had killed local militia forces and not Al-Shabab members, as they had initially claimed.

At the political level, much of the international and regional community has focused on the electoral process, despite limited progress in key reform areas.

In September, the US imposed partial military sanctions on Somalia due to its continued recruitment and use of child soldiers, barring commercial arms sales and several other categories of military assistance for the 2017 fiscal year.