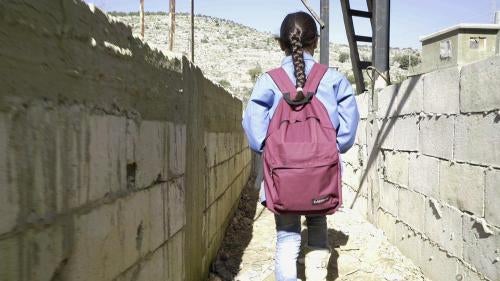 Lebanon elected a president on October 31, 2016, ending a 29-month presidential vacuum during which political institutions remained paralyzed. A draft law to improve treatment of migrant domestic workers stalled in parliament. The government failed to take steps to end discrimination against women under Lebanese personal status laws.

The government’s failure to provide basic services, including garbage removal, continued to spark protests, with some protesters being prosecuted before military tribunals. Others who spoke out against the government were subject to criminal defamation laws. Detainees continued to suffer from ill-treatment and torture, but in one welcome development, parliament in October established a National Human Rights Institute and national preventative mechanism against torture.

As the Syrian refugee crisis continued, new residency policies introduced in January 2015 caused an estimated 70 percent of Syrians to lose legal status, restricting their movement and their ability to work, access healthcare, and send their children to school. With limited international support, the government struggled to meet refugees’ needs.

Amid protracted security threats, suspects suffered from lengthy pretrial detention and reported ill-treatment and torture. Following the death of a man detained in Roumieh prison on May 25, prisoners launched a protest amid allegations of negligent care.

In October, Parliament passed legislation creating a national preventative mechanism to monitor and investigate the use of torture, as required under the Optional Protocol to the Convention against Torture, which Lebanon ratified in 2008.

Hannibal Gaddafi, son of the late Libyan leader Muammar Gaddafi, has remained in “precautionary” pretrial detention since December 2015. He is facing charges of withholding information, allegedly in relation to the disappearance of Imam Musa Sadr in 1978. Gaddafi’s lawyer has expressed concern about his possible extradition to Libya, where he faces a risk of imprisonment and torture.

Freedom of Assembly, Freedom of Expression, and Use of Military Courts

While freedom of expression is generally respected in Lebanon, defaming or criticizing the Lebanese president or army is a criminal offense. On August 22, 2016, a woman was sentenced by a military court to a month in prison for “offending the military institution,” after alleging that military intelligence members raped and tortured her in detention in 2013. Such retaliation may further deter other survivors from reporting abuse.

The Lebanese penal code also criminalizes libel and defamation of public officials, authorizing imprisonment of up to one year. Lebanese authorities arrested a lawyer and human rights activist, Nabil al-Halabi, on May 30, 2016, over Facebook posts criticizing government officials. He was detained for three days and released after signing a “document of submission.”

Fourteen protesters, arrested for demonstrating against the government’s failure to resolve a trash crisis, as well as corruption, in 2015, have been referred to military courts for rioting, violence against police, and destruction of property. Their trials are set to take place in January 2017. If found guilty, they face up to three years in prison. Military courts typically do not meet international fair trial standards and should not be used to prosecute civilians for criminal offenses.

An estimated 250,000 migrant domestic workers, primarily from Sri Lanka, Ethiopia, the Philippines, Nepal, and Bangladesh are excluded from labor law protections. The kafala (sponsorship) system subjects them to restrictive immigration rules and places them at risk of exploitation and abuse.

The most common complaints documented by the embassies of labor-sending countries and civil society groups include non-payment or delayed payment of wages, forced confinement, refusal to provide time off, and verbal and physical abuse. Migrant domestic workers suing their employers for abuse face legal obstacles and risk imprisonment and deportation due to the restrictive visa system. Several migrant domestic workers in Lebanon committed suicide or attempted to commit suicide in 2016.

Despite women's active participation in all aspects of Lebanese society, discriminatory provisions remain in personal status laws, nationality laws, and the criminal code.

A lack of coordination in the government’s response to sex trafficking continues to put women and girls at risk. Syrian women appear to be at particular risk of trafficking into forced prostitution and sexual exploitation. In March 2016, security officers freed as many as 75 Syrian women from two brothels. Although the country’s 2011 anti-trafficking law directs the Ministry of Social Affairs to establish a trust fund for victims, the ministry has yet to establish such a fund.

A 2014 Law on the Protection of Women and Family from Domestic Violence established important protection measures and introduced policing and court reforms. But it failed to criminalize all forms of domestic violence, including marital rape. The law called for family violence units within the police and a fund to assist victims of domestic violence. But these have not yet been established. Some women continued to face obstacles in pursuing criminal complaints of domestic violence, mostly due to lengthy delays. In 2016, a man convicted for beating his wife to death was sentenced to just three years and nine months in prison. The case was under appeal at time of writing.

Women also continue to suffer discrimination under 15 Lebanese personal status laws, dependent on each individual’s religious affiliation, including unequal access to divorce, residence of children after divorce, and property rights. Unlike Lebanese men, Lebanese women cannot pass on their nationality to foreign husbands and children and are subject to discriminatory inheritance laws.

There are more than 1 million Syrian refugees registered with the United Nations High Commissioner for Refugees (UNHCR) in Lebanon. The government estimates the true number to be 1.5 million.

Lebanon’s residency policy makes it difficult for Syrians to maintain legal status, heightening risks of exploitation and abuse and restricting refugees’ access to work, education, and healthcare. An estimated 70 percent of Syrians in Lebanon now lack legal residency. Lebanon is not a signatory to the 1951 UN Refugee Convention, and refugees lacking legal status risk detention for illegal presence in the country.

Approximately 250,000 school-age Syrian children were out of school during the 2015-2016 school year, largely due to parents’ inability to pay for transport, child labor, school directors imposing arbitrary enrollment requirements, and lack of language support. Secondary-school age children and children with disabilities faced particular barriers—only 5 percent of Syrians aged 15-18 were in enrolled in secondary schools last year.

Individual municipalities have imposed curfews on Syrian refugees and security services have arrested hundreds of Syrians for lack of residency documents. Several reports of attacks against Syrians by state and non-state actors emerged following a spate of eight suicide bombings in Al-Qaa on June 27, and July 2016 photos appeared to show municipal police in Amchit humiliating Syrian refugees. Five officers were questioned, but all were released and the head of the Amchit municipality reportedly stated “they didn’t carry out any violations.”

Human Rights Watch has also documented isolated forcible deportations of Syrians and Palestinians back to Syria, putting them at risk of arbitrary detention, torture, or other persecution. In January 2016, Lebanese authorities, in violation of their international obligations, sent hundreds of Syrians traveling through the Beirut airport back to Syria without first assessing their risk of harm upon return.

In 2016, Lebanon continued to impose entry regulations for Syrians that effectively barred many asylum seekers from entering Lebanon.

Approximately 45,000 Palestinians from Syria live in Lebanon, joining the estimated 260-280,000 Palestinian refugees already in the country, where they face restrictions including their right to work.

In October 2012, Justice Minister Shakib Qortbawi put forward a draft decree to the cabinet to establish a national commission to investigate the fate of those “disappeared,” during the country’s 1975-1990 civil war and its aftermath but no further action was taken. In September 2014, the government finally provided the families of the disappeared with the files of the Official Commission of Inquiry appointed in 2000 to investigate the fate of the kidnapped. These showed that the government had not conducted any serious investigation.

Syria, Iran, and Saudi Arabia maintain a strong influence on Lebanese politics through local allies and proxies, and increasingly so as the conflict in neighboring Syria drags on.

Many countries, including the United States, United Kingdom, members of the European Union, Canada, and various Gulf countries, have given Lebanon extensive, albeit insufficient, support to help it cope with the Syrian refugee crisis and to bolster security amid spillover violence.

Lebanese armed forces and police also receive assistance from a range of international donors, including the US, EU, UK, France, and Saudi Arabia. Some of these actors have tried to ensure the forces adhere to international human rights law, but compliance remains weak.