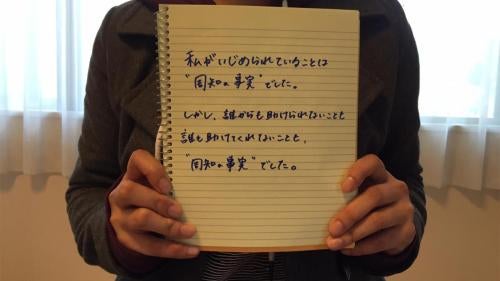 Japan is a strong democracy with rule of law and an active civil society. Basic freedoms of expression, association, and assembly are well-respected. However, in February 2016 the Internal Affairs and Communications minister prompted an outcry when she said the government may shut down broadcasters if they repeatedly air programs that run counter to political impartiality. The United Nations special rapporteur on freedom of expression voiced concerns during his visit in April that the Broadcast Act gives regulatory authority to the government instead of an independent third party.

Japanese criminal procedure law allows suspects to be detained for up to 23 days prior to prosecution without the possibility of release on bail. It also prohibits lawyers from being present during interrogations, increasing the prospect of coercive means being used to extract confessions. In May, a law requiring video and audio recording of interrogations was passed, but it allows broad exceptions such as giving interrogators discretion to determine that a recording will prevent suspects from providing a full statement. It also applies to just a small segment of criminal cases, such as serious cases to be tried by the lay judge system.

Japan ratified the Refugee Convention in 1981. While the number of asylum applications has increased dramatically in recent years (7,586 in 2015 and 5,011 in the first half of 2016), only 27 asylum seekers were recognized as refugees in 2015 and 4 in the first half of 2016. In May, just before the G7 Summit, Japan announced a plan to accept up to 150 Syrian youths, including refugees as international students, over five years. However, only six asylum seekers from Syria had been recognized as refugees at time of writing.

Since 2010, the labor law has fully applied to Technical Intern Trainees—about 200,000 people who mainly come from China and Vietnam and often work in factories and areas including agriculture, fishery, and construction. However, weak legal protections for migrant workers still resulted in abuses in 2016. These include illegal overtime, unpaid wages, dangerous working conditions, confiscation of passports, prohibitions on having cell phones and staying elsewhere overnight, forced return, and forced payments to sending agencies in home countries in case the training period does not finish successfully. Such limitations combined with the current system that generally prohibits trainees from changing employers, deter trainees from making complaints to their employers.

The most recent statistics show that in 2015, the Labor Standards Bureau recognized 3,695 cases of labor standards violations, the largest number since 2003, when records were first kept.

Japan does not have an anti-discrimination law to protect racial or ethnic minorities. However, in May, a so-called anti-hate speech law was passed, reflecting the increase in recent years of hate speech against Korean residents (Zainichi) in Japan. The new law requires the government to take measures to address hate speech, although it excludes undocumented migrants and indigenous people.

In December 2015, the Supreme Court ruled that article 750 of the Civil Code, which requires a husband and wife to adopt the same surname, is constitutional. Ninety-six percent of women change their surnames at the time of marriage. The United Nations Committee on the Elimination of Discrimination against Women (CEDAW) has repeatedly recommended that the article be amended.

In December 2015, Japan and South Korea announced an agreement to resolve the issue of “comfort women” “finally and irreversibly.” Japan agreed to acknowledge responsibility and anew apologies for its role. Based on the agreement, Japan provided 1 billion yen (approximately US$10 million) to the Foundation for Reconciliation and Healing established by the South Korean government. Women’s rights advocates widely criticized the agreement for reasons including the lack of proper consultations with victims.

In March, CEDAW published concluding observations on the combined 7th and 8th periodic reports of Japan. The report included about 50 concerns and recommendations, many repeating previous concluding observations. The committee also expressed concerns related to the issue of comfort women, including the lack of a full victim-centered approach, and the need for “full and effective redress and reparation” for all victims, including those from countries not covered by the agreement with South Korea. Comfort women were also from countries such as the Philippines, China, Taiwan, the Netherlands, Indonesia, and East Timor.

The rights of female workers made some advances, including a March legal reform requiring that employers take measures to prevent their unfair treatment due to pregnancy, childbirth, maternity leave, family care leave, and the April enforcement of the 2015 Act on Promotion of Women’s Participation and Advancement in the Workplace.

Japan has the second lowest proportion of female managers among OECD countries. In December 2015, Japan’s Cabinet adopted a new five-year “Fourth Basic Plan for Gender Equality,” lowering the target set in 2003 to ensure that at least 30 percent of leadership positions are held by women in all areas by 2020. Under the new target, the female leadership ratio goal was reduced to 7 percent for middle managerial positions in the central government and 15 percent for the same in the private sector.

A bipartisan parliamentary group established in March 2015 continued to discuss legislation to address discrimination based on sexual orientation and gender identity, but at time of writing it had yet to come up with an agreed draft bill.

Japanese law treats those requesting legal recognition as transgender as having a “Gender Identity Disorder” and requires obtaining such medical diagnosis. It also requires forced sterilization, compulsory single status, not having any underage children, and being 20 years or older.

Bullying is a problem in Japanese schools generally, and particularly so against lesbian, gay, bisexual, and transgender (LGBT) students. A 2016 Human Rights Watch report found that many students face discrimination and disregard for gender identity, including mandatory gender-based uniforms. In April, the Ministry of Education, Culture, Sports, Science and Technology (MEXT) for the first time released a guidebook for teachers regarding sexual orientation and gender identity.

In April, the Act on the Elimination of Discrimination against Persons with Disabilities, which the Japanese government enacted as part of ratification of the Convention on the Rights of Persons with Disabilities, came into effect. The law prohibits unfair discriminatory treatment by governments and private entities based on disability. It also requires that government-related agencies provide reasonable accommodation to enable the elimination of social barriers, unless the expense is “excessive.”

In July, a 26-year-old man stabbed 19 men and women to death and wounded another 27 in a state-funded institution for people with disabilities in Sagamihara, southwest of Tokyo, approximately five months after he was discharged from involuntary psychiatric hospitalization. The suspect was quoted as saying, “It is better that disabled people disappear” moments after the attack. Following the incident, the Japanese government began examining the practice of involuntary hospitalization in psychiatric hospitals. However, at time of writing, no major reform had been proposed to address stigma against people with disabilities, including by guaranteeing their right to live independently by supporting their inclusion in the community.

In May, the Diet passed an amendment of the Child Welfare Act that for the first time explicitly refers to children as rights holders, in accordance with the Convention on the Rights of the Child. As noted in a 2014 Human Rights Watch report on the over-institutionalization (nearly 90 percent) of children in Japan’s alternative care system, the revised law envisions a major shift from institutions to families. Article 3.2 lays out a new principle for family-based care although there are questions about the government’s commitment to enforce the new act.

Japan continued to use the death penalty in 2016, executing convicted criminals by hanging. Two people in March and one in November were executed, bringing the total to 17 since Abe returned to power in December 2012. Anti-death penalty advocates have long raised concerns about death row inmates having inadequate access to legal counsel and only being notified of their execution on the day it takes place.

Prime Minister Abe started his second cabinet by announcing in January 2013 “diplomacy based on the fundamental values of freedom, democracy, basic human rights, and the rule of law,” partly to contrast his foreign policy from that of China.

However, in practice Japan rarely speaks publicly about human rights, with Foreign Ministry officials and diplomats sticking to their longstanding policy of quiet diplomacy. This is aimed at maintaining good relations, particularly in Asia, in part to compete with China, maintain access, and promote trade. In his 2016 speeches, Abe only vowed to deepen ties with countries sharing these values. The one country that Japan has been willing to criticize publicly is North Korea, which gets exceptional domestic attention because of Pyongyang’s past abductions of Japanese nationals.

In February 2016, Japan and Iran held their 11th Human Rights Dialogue in Tehran. Like other human rights dialogues that Japan has convened, the announcement came only a few days before the meeting, without any briefing opportunities before, during, or after the meeting. This prevented any meaningful input from human rights activists and organizations. The post-meeting online announcement only noted that the two sides had “exchanged views” on human rights.